Will Oprah Give Our President the James Frey Treatment?

Back in 2006, Oprah Winfrey admitted to feeling embarrassed after learning that James Frey, whose memoir she had praised and promoted, fabricated many of his life stories.  And as we would expect from a woman who rose from poverty to build a powerful media empire, Oprah did not take this sitting down.  She invited Frey back on her show to confront him face-to-face.

The interview, for anyone who missed it, was not for the faint of heart.  Throughout the interview, Oprah supplied a healthy serving of indignation and anger to a hapless Mr. Frey.  In describing the interview, TIME magazine noted that a "public flogging" would have been civil in comparison.  Indeed, Oprah told Frey that her feelings of disgust towards him were so strong that it was "difficult for her to talk to [him]." 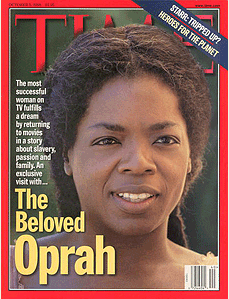 Most of the media applauded Oprah's performance.  The Washington Post's Richard Cohen labeled Oprah the "Mensch of the year."  And Maureen Dowd thought "[i]t was a huge relief, after our long national slide into untruth and no consequences, into Swift boating and swift bucks, to see the Empress of Empathy icily hold someone accountable for lying."  In other words, many members of the media agreed with Oprah that fabricating stories in a memoir is no small matter.

So if Oprah and much of the media had this strong a reaction to misrepresentations made by a previously unknown man who was just trying to make his life story sound a little exciting, one can only imagine how strong her reaction would be to a politician who was misrepresenting his life story to further his political career.

Which brings us to our president.  After watching Obama's speech at the Democratic National Convention in 2004, Oprah became Obama's most prominent supporter.  And much as with Frey, Oprah's initial support for Obama was based largely on his life story.  Not only did she invite Obama on her show to discuss his memoir, Dreams from My Father, but in 2006, even before he officially entered the presidential race, Oprah publicly endorsed Obama for president.  Oprah's endorsement received tremendous media attention, prompting TIME magazine to put Obama on the cover with the caption "Why Barack Obama could be the next president." 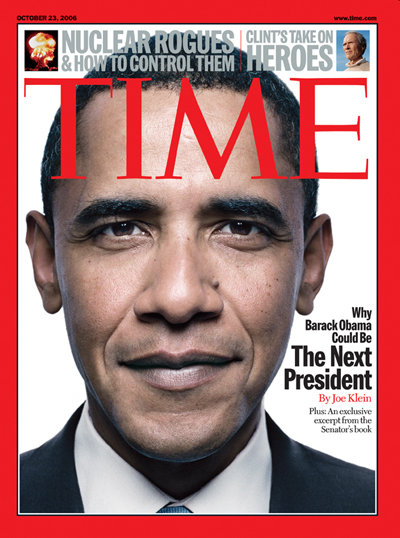 According to a CBS poll, more than a third of all American's said that most people they knew were more inclined to vote for Obama as a result of Oprah's endorsement.  It would no exaggeration to say that Oprah's endorsement played a significant role in Obama becoming president.

So what could possibly undermine Oprah's admiration of our president?  Well, it has recently been discovered by Washington Post editor and Obama biographer David Maraniss that Obama's memoir likely went much farther than just the character "compression" and chronology rearrangement that Obama admitted to in his memoir's introduction.  Maraniss reveals in his new book that, much like Frey's memoir, Dreams contains fabrications of material aspects of Obama's life narrative.

In his review of Maraniss' book, Andrew Ferguson of the Weekly Standard details the extent to which Obama's memoirs depart from Obama's actual life story.  Ferguson writes:

[W]hat's dispiriting is that throughout Dreams, the moments that Obama has invented are precisely the occasions of his epiphanies​- -- precisely those periodic aha! moments that carry the book and bring its author closer to self-discovery. Without them not much is left[.]

He explains that all the episodes in Dreams where Obama faced any character defining struggle were simply made up; the conversations never happened, and the characters never existed.  This wasn't a case of Obama combining several events, which together lead him to the same place anyway; it's Obama inventing events that perfectly suited the narrative he was trying create for himself.

To be sure, Maraniss is not the first person to discover fabrications in Obama's memoir.  In fact, conservative writers and bloggers have been noting many of these inconsistencies and misstatements for the past couple of years.  The only difference is that as an editor of the Washington Post, Maraniss is too prominent a liberal for the media to ignore.  Indeed, many of these fabrications have been covered by news media outlets such as the New York Times, the Los Angeles Times, and Buzzfeed since his book was published.

Ultimately, what Maraniss did discover is that Obama's actual upbringing was simply too comfortable and boring to lend itself to a compelling memoir.  So he did what Frey did and turned an otherwise mundane life story into a more meaningful and interesting one.

At this point, it would hardly be surprising if Oprah felt embarrassed, having endorsed Obama's presidency and praised his memoir.  Ever since she did so, her career has been in a steep decline.  With enough encouragement from the media, perhaps she'll even try to arrange another interview to confront Obama on these charges.  That is, if she could even stand to talk to him at this point.