Warning: mysqli_free_result() expects parameter 1 to be mysqli_result, bool given in /var/www/html/americanthinker/admin/common/functions/func.general.php on line 126
 The Fairness Card - American Thinker
|

In the game of Obama politics, the Race Card and the Bush Card are frequently played to trump most any criticism of Obama or his policies.  While those cards tend to be the most oft-used defensive tactics, the most effective offensive card in the Obama campaign's hand is the Fairness Card.  Take this recent example, when Obama said:

If you believe this economy grows best when everybody gets a fair shot and everybody does their fair share and everybody plays by the same set of rules, then I ask you to stand with me for a second term as president.

Although the grown-ups in the room see that statement for what it is -- an appeal to the juvenile thinker, a large boulder to add to the chips accumulating on the 99%-er's shoulder -- we can't ignore the fact that the Fairness Card is extremely persuasive.  Millions of voters will never even attempt to understand the philosophical and economic lessons valiantly offered by Republican candidates.  The unhappy voters are looking for someone to blame -- Racists, Bush, Republicans, the Rrrrich, Wall Street Fat Cats, Tea Partiers, etc.  Because you know how spoiled kids think when the going gets tough: the dog ate my homework, and Suzy got a bigger cookie.

The very nature of Obama's statement implies that his opposition does not ensure all the fairness he offers, leaving childish minds to wonder: if I'm not getting my fair share or fair shot, that means somebody else is getting more or mine!  No fair!

According to the dictionary, "fair" means "marked by impartiality and honesty, free from self-interest, prejudice, or favoritism" and "conforming with the established rules," and its synonym is "equal."  Next to "no," "more," and "mine," "not fair" is likely among the earliest expressions learned by every toddler.  But in the juvenile lexicon, the implied meaning is that one didn't get something one wants or thinks one deserves, or that one is comparing himself to someone else.

Actually, the word "fair" is nowhere found in either the Declaration of Independence or the Constitution.  Our Creator created us "equal" at birth, but it is not the government's role to make sure we stay that way.  Our government exists to provide equal protection under the law -- of our lives, liberty, and property.  It is not the president's function to ensure equal outcomes by robbing Peter of his property to provide Paul with his "fair share."  Even though it may seem fair for everybody to play by the "same set of rules," often the rules themselves are inherently unfair (such as the federal tax law).  And when Obama issues numerous ObamaCare waivers and assures us that ignoring immigration law for certain groups is "the right thing to do," what he's really saying is that the "same set of rules" applies only when he says so.

Obama, the "master of words," is the executive who has also designated himself legislator (by bypassing Congress) and judge (chastising the Supreme Court before Congress).  Rather than a country where all men are created equal with a right to pursue happiness, we end up in a place where the government, in the pursuit of "fairness," decides how equally happy we are allowed to be.

But life isn't "fair" -- and it hasn't been since the first day in the Garden of Eden.  Can't you imagine the conversation: No fair, I didn't get a "fair shot" to be created first!  What do you mean, no apples from that tree?  That's not fair.

Even in an Eden replete with Obama money and Obama phones, someone will be told that he earned $1 too much to qualify for some benefit, is "underwater" on his mortgage by a dollar short, missed a doctor's allowable quota of referrals under ObamaCare by one visit, or is one day too old to receive a rationed medical treatment.  Because all fairness programs have to stop somewhere, and that's where the "unfairness" begins.  Recall that Obama told us that at some point, we've made enough money, and progressives tend to avoid the question of exactly what tax rate for the rich is 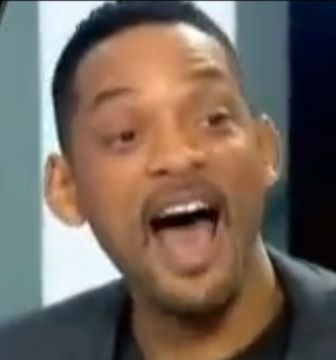 fair (much less the exact definition of "rich").  The expression on actor Will Smith's face after learning that the proposed rate in France was 75% gave much away: fair for thee, but not for me.

While a discussion of "fairness" in the progressive's view usually centers on economics, what about everything else?  Babies can't control whether they're born in a country to parents there illegally.  A recent campaign by the University of Minnesota claims it's "not fair to be white."  And what of those without athletic abilities, high intelligence, or other remarkable talents?  Does every team member deserve a trophy, or for that matter, every team?  Should a high school recognize only one as valedictorian?  Why assign grades -- shouldn't everyone get the E for effort?  How about redistribution, not only of wealth, but also of GPAs?  How far does making sure "everybody gets a fair shot" go?

The answer to all of those questions is obvious: such an concept of fairness, carried to its logical conclusion, is absurd.  Author Kurt Vonnegut, in his short story Harrison Bergeron, described a dystopian society where everyone was forced, in ridiculous ways, to be "equal every which way."  The story creatively illustrated the simple analogy that a falling tide lowers all boats -- except the ones piloted by the bureaucrats, who have to be placed above the leveled playing field in order to judge and enforce the "equality" of everyone else.

Obama has taken the tenth Commandment -- the one admonishing envy -- and spun it around into a campaign platform of "Thou shalt have fairness!"  With it, he constructs a fence that divides our nation along numerous lines, with citizens restlessly peering over it, sure their neighbor's grass is greener.

Tim Tebow recently spoke about how the movie Braveheart inspired him.  In one of the film's most memorable scenes, Mel Gibson as William Wallace screamed not "Fairness," but "Freedom!"  Wallace also admonished the nobles: "There's a difference between us.  You think the people of this country exist to provide you with position.  I think your position exists to provide those people with freedom.  And I go to make sure that they have it."

Neither did the first settlers come to America in search of "fairness" -- they sought liberty from tyranny, and our Revolution's heroes secured our freedom.

Obama's job, as "President of the United States of America and Protector of their Liberties," is to preserve, protect, and defend the Constitution.  Instead, Obama, in the role of President Superfair, flies around handing out Fairness Cards.  And while one hand distracts with the cards (which all have huge strings attached), Obama's other hand is busy playing a trick -- taking his own revolutionary vision of fairness and using it to make freedom disappear.