Warning: mysqli_free_result() expects parameter 1 to be mysqli_result, bool given in /var/www/html/americanthinker/admin/common/functions/func.general.php on line 126
 Lord of the Skeptics - American Thinker
|

Lord of the Skeptics

Just kidding.  Not about the content of that headline -- it's real.  And surely such an event would be newsworthy.  But the fact is, there was never such an article printed or words uttered by the mainstream media. 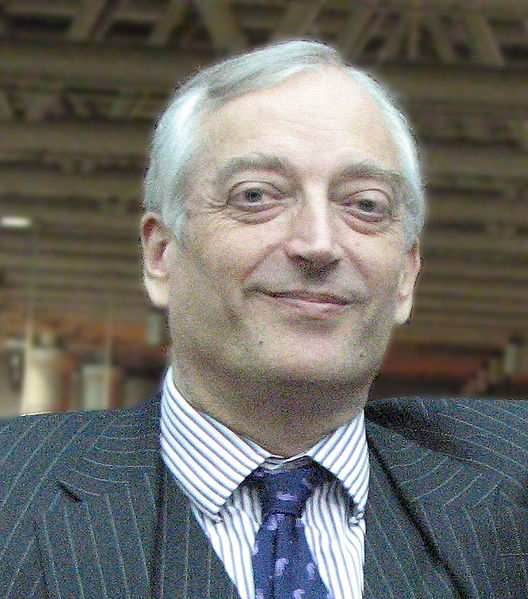 Lord Christopher Monckton was the guest speaker at a recent meeting of California's Ventura County Tea Party.  He addressed, in great detail, his opinion on the validity of Obama's long-form birth certificate presented by the White House.  Monckton conducted a similar discussion a few days earlier at an Arizona Tea Party rally.

Except for a few Tea Party and conservative websites, and the tenacious WND, there was no mainstream coverage of either event.  (Unless you count this Daily Kos piece discussing "racist birther crapola," "white geriatric tea party loonies," and a "leading climate doofus.")

Perhaps JournoLister David Weigel somehow missed hearing about Monckton's speeches, or he would have coined, along with the notorious term "birther" and his latest "Obama Love Letter Truthers," a clever new title for Monckton, such as "Lord of the Birthers."  But likely, he and the rest of his ilk did catch wind of the events, and rather than report on them, swept Monckton's presentations under the rug of the preferred Obama narrative.  Because it might be too risky, even while holding noses and calling the whole affair "birther nonsense," for viewers or readers to notice that Monckton's opinion was also supported by a serious investigation by a posse of credible experts led by "America's Toughest Sheriff." 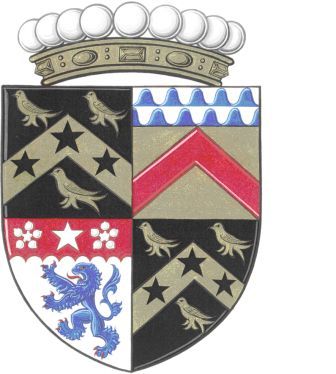 In the community of global warming skeptics, Lord Monckton is legendary.  With his background in the newspaper industry and exceptional communications skills, the former science advisor to Prime Minister Margaret Thatcher is often targeted as a prominent "heretic" of the man-made climate change movement.

A couple of months ago, on Dennis Miller's radio show, Lord Monckton asserted that he was no "birther," but that "the birth certificate issue was far more important than combatting so-called anthropogenic global warming."

After watching the Tea Party presentation, it is difficult to throw out Monckton's reasoned, logical explanations and observations as the ravings of a tin-foil hat-wearer or the rantings of a racist.  But a few days prior, when Monckton attempted to patiently explain his position to Geraldo Rivera on Rivera's radio program, Rivera seemed to find it impossible to respect either his guest's opinion or his guest himself, accusing Lord Monckton (in between interruptions, snorts, and snickers) of "smoking crack."

Channeling the same sarcastic creativity as Weigel did, Huffington Post's Bill McKibben dubbed Monckton a "member of a certified crew of planet wreckers" in his scathing article on the stupidity of "climate change deniers."

Back in 2008, the Obama campaign used similar tactics against Stanley Kurtz, who asserted (and recently further confirmed) that Obama was a member of the socialist New Party, labeling Kurtz's claims a "crackpot smear."

My last column addressed the taboo surrounding discussion of Obama's morphing biography.  I speculated that Weigel and his fellow JournoListers might have had something to do with orchestrating the media spin and blackout of all things "birther" beginning back in 2008.  Weigel's response to the column was this tweet: "If someone owns a patent on the word 'thinker,' he should press charges against this site."

Weigel penned a similar response to author Jack Cashill's recent inquiries.  Cashill, famous for deconstructing the myth that Obama wrote his own autobiography, challenged David Maraniss, author of the new book, Obama: The Story, for proof of the legitimacy of the Obama love letters that Maraniss disclosed in his Vanity Fair article.  According to Weigel, Maraniss responded: "[Cashill's theory] is preposterous on its face," etc.  Instead of pressing Maraniss for actual answers, Weigel spent his energies creating a new label for those who dared to ask the questions: "Love Letter Truthers."

The only major media to cover Kurtz's 2008 revelation of Obama's New Party membership was Politico via Ben Smith (now editing Buzzfeed), who simply "dismissed it out of hand."  Breitbart's John Nolte coined a new word of his own to describe Smith's technique:

This is classic BenSmithing -- in which he takes on a controversial subject that might damage Obama, pretends to play investigative journalist, assumes the role of the writer of a "definitive" piece that finally answers all the questions, and then sends the story to sleep with the fishes.

But it seems that Lord Monckton's speeches, as well as Sheriff Arpaio's March 1 press conference that revealed his posse's findings, contained way too many facts and data to spin into birther oblivion or even "BenSmith" -- so both events were simply ignored.  And while the media asserts that "birthers" are conspiracists -- what the rest of us see is a conspiracy of silence.

Mark Levin, usually a loud voice against "birthers," recently observed that questions on "anything about Obama's background" are characterized as "birther," but are still valid points.  The GOP and establishment insist that any such questions are a distraction from the winning issue: the economy.  Yet in the war between left and right big-picture thinking, we find ourselves back to those embarrassing little details.  Small words, texts and pictures, and application checkboxes -- little things that provided glimpses into the character of politicians like Bill Clinton, Anthony Weiner, and Elizabeth Warren.

Things that range from life's details to the alleged "war on women" to the state of the economy at large -- all seem to be distractions from a greater reality: the unsettling fact that we as a nation have become self-censoring, so infatuated with relativism, multiculturalism, and political correctness that we are hesitant to seek real truth and lack courage to endure the consequences.

We have no dictator actually censoring our words, and therefore no excuse -- as Roger Kimball noted, "[it's] not what is done to us that keeps us silent. It's what we're doing to ourselves."  Infected further by the pathogenic press, America has become a nation full of juvenile thinkers, covering up a lack of critical thinking with name-calling and emotional attacks.

The grown-ups -- individuals such as Roger Kimball, Lord Monckton, Jeffrey Kuhner, Frank Gaffney, Diana West, and Thomas Lifson -- courageously remain skeptical -- not simply of the purported Obama story, but of the mainstream media's ability to conduct fair and balanced reporting and true journalistic investigation, and whether our nation will continue to decline in self-inflicted censorship.

So Stanley Kurtz keeps on digging, even though his findings are labeled "crackpot smears."  Lord Monckton likely doesn't mind being named a climate change denier, since he really does deny man-caused global warming.  Jack Cashill wrote that he is "[p]roud to be a 'Love Letter Truther.'"  Breitbart's staff will continue their goal of thoroughly vetting Obama, even when they're taunted as bottom-feeding "spawn," "aiding and abetting birtherism."  And many of us will keep asking questions, even when we're called "birther."  Because outside the juvenile sandbox of the name-calling Democrat-Media complex (Breitbart's term), in grown-up conversation, those terms imply healthy skepticism.  And, as Lifson noted, "skepticism is contagious in a time of disillusionment."