In a victory over odd men in raincoats, a federal judge has upheld Indiana's 2008 law barring convicted sex offenders from using Facebook, MySpace, and other social media.  A class-action suit had been filed against the statute by the American Civil Liberties Union's Indiana chapter, which immediately threatened to appeal. 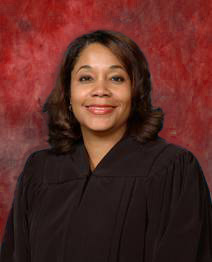 "Though the law doesn't list which Web sites are banned, court filings have indicated that the law covers Facebook, MySpace, Twitter, Google+, chat rooms and instant-messaging services," the ruling states.  "Earlier filings indicated that LinkedIn was also covered by the ban, but Pratt's ruling said it wasn't because children under 18 can't sign up for it," the AP reported.

The judge agreed with the plaintiff, a convicted sex offender using the anonymous moniker of "Mr. Doe," that Facebook is fast becoming a preferred method of communication.  Founded in 2004, Facebook "now has 901 million active users, including 526 million daily active users, and is available in more than 70 languages," she wrote.

"As Plaintiff notes, 3.1 million Hoosiers use Facebook, just shy of 50% of Indiana's population. Importantly, Facebook recently announced that it is developing a technology that would allow children younger than 13 years old to use the social-networking site under parental supervision."

The judge observed that many children lie about their age, and that "to make matters even more troubling, a Consumer Reports survey projects that more than 5 million Facebook users are 10 years old or younger."

Pratt, who was appointed by Barack Obama in 2010 to her seat on the U.S. District Court for Southern Indiana, cited a 2006 report by the Center for Missing and Exploited Children that said one in three children has been exposed to online sexual material and that one in seven has received sexual solicitations online.

Conservatives who might dream about signing up Pratt for a speech to the Federalist Society might want to look a bit more closely, however.  In June 2011, Pratt issued an injunction against a new Indiana law prohibiting Medicaid funds from being paid to Planned Parenthood, and she also halted enforcement of a provision requiring doctors to inform women that fetuses can feel pain.

In the social media case, the ACLU contended that like a Louisiana law that a federal judge struck down in February, Indiana's social media statute barring convicted sex offenders was too broad.  But Pratt disagreed, saying the Indiana version was more narrowly drawn.

The ACLU of Indiana also sued a northern Indiana middle school in April for suspending three girls in January for joking on Facebook about which of their classmates they wanted to kill.  The eighth-graders at Griffith Middle School in Lake County ran afoul of a school policy prohibiting bullying, harassment, or intimidation.

The ACLU, which supports anti-bullying policies, contends that because the girls were joking, the school overreacted.

Maybe so, maybe not.  There was no word on how the families of the intended "victims" felt about the postings or suspensions.

We can all expect many more such cases, because, as Judge Pratt noted in her opinion, "by March 2012, more than 125 billion 'friend' connections had occurred on Facebook alone."

Robert Knight is a senior fellow for the American Civil Rights Union.