Two scandals are currently in the business headlines.  The Justice Department is investigating Walmart for paying millions of dollars in bribes to Mexican government officials.  Such payments were made so that the Mexican officials would approve the permits Walmart needed to open stores throughout Mexico.  In addition, the Securities and Exchange Commission is investigating some major Hollywood studios who allegedly bribed Chinese government officials to gain permission to show movies in China.  Those payments are illegal under the Foreign Corrupt Practices Act and can incur fines of up to $5 million and 20 years in jail.

However, the untold scandal here is that businessmen, at home and abroad, are compelled to secure government permits.  When corrupt officials use this (illegitimate) power to shake down companies, one should blame not the businesses that are attempting to be productive, but the statist idea that such permissions are a proper function of government.  The way to eradicate such corruption is to fight for the complete separation of state and economics. 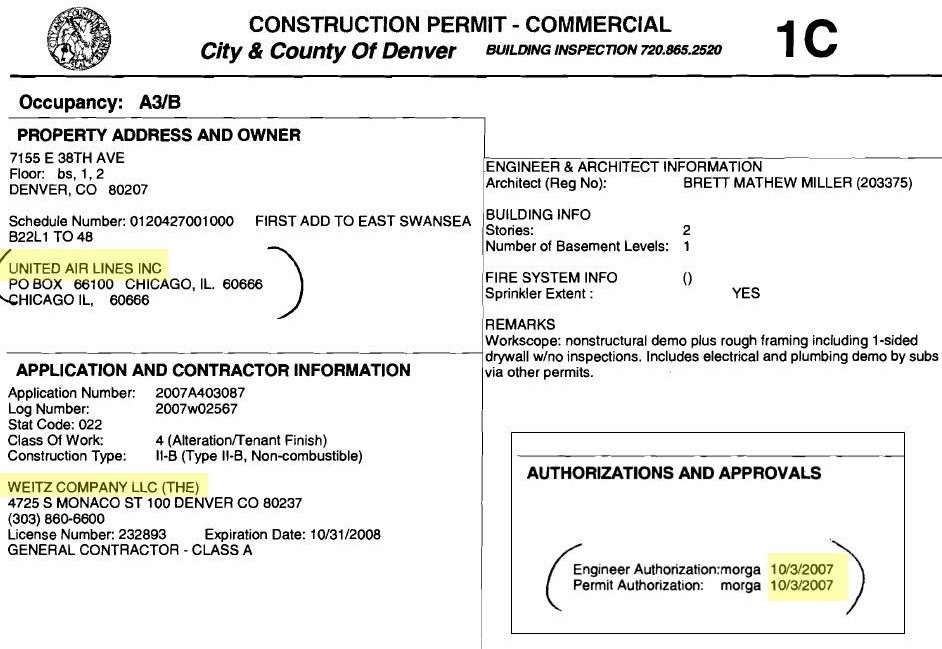 Once government assumes the power to permit, it arrogates the power to restrict, to coerce exactions, and to kill economic activity.  In downtown St. Petersburg, Florida, for example, it is impossible to secure a permit to operate a food truck.  In many cities where one can get a vendor's permit, the conditions amount to a hobbling -- where, for example, high-traffic areas are off limits, or there are time limits on how long you can stay in one spot, or you are compelled to stay at least 1,000 feet from any established business that sells similar products, or you are forced to navigate a labyrinth of incomprehensible (and often contradictory) regulations issued by, for instance, the Departments of Health, of Transportation, of Health and Mental Hygiene, and of Consumer Affairs.  A recent exaction, triggered by the need to secure a government permit, is that lawyers in New York are now compelled to perform 50 hours of pro bono work before being admitted to the bar.

The tumor of government permits has metastasized throughout the economy.  In many parts of the country, such permits are required if one wants to do any of the following: drill for and transport oil and gas; market and sell medical devices and drugs; construct buildings; plant flowers and build a tree house (on one's own property!); shut down or expand a factory; merge with or purchase another business; hire or ire employees; set prices for one's products and services; fish, hunt, and drive a pleasure boat; sell one's own chickens, goats, or cookies; become a lawyer or doctor or accountant or florist or hairdresser; move dirt; help the homeless; transport people and freight; board a plane; homeschool your own children; buy new or upgrade factory equipment; make toys; start a business (any business).

Government is an institution of force.  When acting as an agent of freedom, its laws and police power protect an individual's right to life and property -- and it wields its coercive forces only in retaliation.  A "'right' pertains only to action -- specifically, to freedom of action.  It means freedom from physical compulsion, coercion or interference by other men"[i].  A right is the antithesis of a permission.  However, when the state compels us to secure permission before we act, we are no longer free individuals.  We are slaves.

A government license or permit presumes that an individual is incompetent and guilty (and that a consumer is incapable of rational choice).  That premise is then used to erect a bizarre and confiscatory permit process, under the misnomers of "occupational schooling" or continuing "education."  Consider the case of hairstylists, where in some parts of the country individuals such as Jestina Clayton already possess the necessary skills (and customers!) for her hair-braiding business.  Nonetheless, she is compelled to "spend as much as $18,000 to take 2,000 hours of cosmetology classes"[ii].  If there is such a thing as a "barrier to entry," then this is it.

What we have today is no longer a creeping, but a galloping fascism, with its unique characteristic being that an individual holds title to property, but the property's use and disposition are dictated by permit-masters.  Apartment developers, for example, are often compelled to set aside a percentage of their units for the poor -- with the predictable result that the cost of the uncontrolled units rises.  As a condition of receiving a permit, commercial builders must often surrender acres of land and then pay for the sewer system or bike path (or whatever) the state desires to build on the confiscated property.  Office rents are then artificially high, as are the prices of the products and services offered by its tenants -- which in turn means that those businesses have less capital for expansion (and hiring), and that their customers have less money to spend on other products and services.

These exactions gravely harm victimized companies, employees, and customers.  Morally, a merger or acquisition is an application of the Trader Principle -- "a free voluntary, unforced, uncoerced exchange -- an exchange which benefits both parties by their own independent judgment"[iii].  In terms of an uncoerced exchange, a local store buying or combining its assets with another local store is identical to two large-cap companies doing the same.

But the permit-masters at the FTC, FCC, and DOJ do not believe in liberty or private property or the rule of contract.  Under the Hart-Scott-Rodino Act, among others, the government compels such businesses -- using the euphemistically titled "Premerger Notification Rules" -- to secure permission before engaging in a trade.  Once the government injects physical force into a free-market transaction, it can confiscate a company's property and seriously hobble its operations.

When Staples and Office Depot tried to merge in the mid-'90s, the Federal Trade Commission stopped the merger.  A tribute was offered.  Office Depot would surrender 63 of its stores to a

competitor, Office Max.  Still, the FTC said "no."  United Airlines was denied permission to acquire US Air, as was Nasdaq OMX Group to purchase NYSE Euronext, and H&R Block to buy TaxAct.  Most recently, AT&T tried to placate permit-masters at the Federal Communications Commission by promising to sell T-Mobile USA assets to other wireless carriers.  The FCC still killed the deal.  As a result, AT&T was compelled to pay a $4-billion "break-up fee" -- which in reality was government-caused wealth redistribution.

It is alleged that the government needs this pre-emptive police power to ensure that a merger or acquisition is in the "public interest," and that it does not "substantially harm competition."  But in a civilized society, there is no such thing as a competitor's "right" to dictate how the assets of another company are spent, nor is there such thing as the public's or consumer's "right" to do so.  Only individuals have rights.  And a "'right' is the sanction of independent action.  [It] is that is that which can be exercised without anyone's permission"[iv].

Bad political theory creates economic disasters.  For example, as a condition of transporting passengers, New York City compels cab operators to purchase a taxi medallion, at the cost of some $1 million.  When the government's permit-wielders refused to allow the AT&T/T-Mobile deal, T-Mobile USA went into death throes.  It is closing cell centers in Pennsylvania, Florida, Texas, Kansas -- while laying off 1,900 employees.  Said T-Mobile USA CEO and President Philipp Humm: "These are not easy steps to take -- or, I know, to read.  We must address our business realities so we can focus on getting T-Mobile back to growth"[v].

And he could have added that those disastrous "steps" and "business realities" were caused by his company being denied a permission that he should never have had to seek.

Gary Hull, Ph.D. is director, Program on Values and Ethics in the Marketplace, Duke University