"Professor" Obama, like so many of the other Obamas, is a fraud.

Law Professor Steven Carter shakes his disapproving finger and sets Governor Romney and the rest of us straight: "If you think President Obama has bad ideas, say so. If you want to criticize his record, go ahead[.] ... [But] please don't drag the faculty lounge into it. Leave that space free for our serious, uncensored arguments. Our democracy will be the better for it." (Emphasis mine.)

Professor Carter is so determined to enlighten us that he even accepts the inappropriate term "faculty lounge" rather than the more accurate "faculty club" for the purposes of his piece.  Faculty lounge is what Romney, Rush Limbaugh, Sean Hannity, and other skeptics have popularized as shorthand for Cloistered Cloud Cuckoo Land of Tendentious Theoretical Speculation in the Academy, and which many opponents now view as the source of Obama's and his apparatchiks' malignantly misguided policies.  (Faculty lounges proper are usually dingy holes reminiscent of car dealer service department waiting rooms.  These are found in elementary and secondary schools, while in colleges and universities "lounges" are generally reserved for graduate students, teaching assistants, and the growing corps of  adjunct cheap labor.  "The Club" is the usual "space" for the kind of elevated clash of titanic tenured professorial intellects that Carter romanticizes, and in many of them the ambiance and fare are well above lounge standards.) 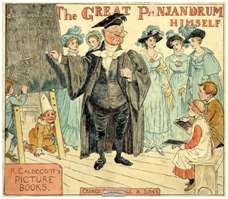 Carter, while disapproving, is generous in allowing that we come by our ignorance honestly.  Citing every frustrated American would-be philosopher-king's favorite inspirational text, Richard Hofstadter's Anti-Intellectualism in American Life (1963), he explains that everyday American slugs are practically predestined to undervalue the peregrinations of the elevated minds among us -- to, as Carter puts it, "disdain" the highly educated, because of our "supposition that the dominance of the intellectual is undemocratic."  This attitude is particularly unproductive, Carter believes, because in the "principles" of the faculty lounge (club) lie the salvation of our grubby politics: "[t]he principles of the faculty lounge at its best include tolerance of disagreement, preference for reason over authority, and avoidance of slogan and emotional appeal. These are the principles that those of us who teach (and, one hopes, all adults) should model for our students, and encourage them to carry with them into the world beyond the groves of academe. The better we do our work, the better our politics will be."

One is tempted to ask where Carter has been the last twenty years.  The degeneration of so much of the academy into rigid orthodoxy and intolerance, all the while failing in its most rudimentary functions; ever-increasing numbers of debt-ridden young Americans; and their disillusioned parents is a story that does not need to be recounted here.  Enough simply to say that the "work" of colleges and universities has not been done very well at all -- although through gaming the rating systems, a higher proportion than ever before of American colleges and universities are now labeled highly competitive.  We need look no farther than the sorry tale of "Cherokee Elizabeth" Warren to understand the cynicism and hypocrisy which render contemporary higher education in the aggregate just another dodgy crony in the Brave New Land of Hope and Change.

It is not the gap between Carter's claims for the contemporary academy and its true state that renders his piece worthy of comment -- that dichotomy is commonplace.  Rather, the piece needs to be seen as one among several lines of spin aimed ultimately at both restoring President Obama's luster as the most singular man ever to put his feet up on White House furniture, and at the same time explain his falling so short of almost every mark.  The story goes something like this: Obama is a prodigious intellect, possibly even above the job of chief executive.  He therefore cannot be judged by normal presidential standards.  His mind soars in a higher reality, one we don't know and one, in fact, that makes us uncomfortable.  Here is where Carter comes in.  Carter and others would like us to identify Obama as one of those incandescent academic minds whom they are at pains to tell us Americans just don't appreciate.  We therefore ought to just leave this messianic figure to go about his father's business and count ourselves lucky.  The problem is, in spite of every effort to conceal Obama's academic reality, the story is out: Obama is no more a brilliant intellectual than he is a brave and resolute warrior.  "Professor" Obama, like so many of the other Obamas, is a fraud.

The problem for Obama's apologists is there are some brilliant minds in the academy, and some of us have been lucky enough, or if one ever had to face them in a seminar or dissertation defense, terrified enough, to have encountered them.  One of these, a University of Chicago Law School colleague of Obama's, has in several interviews outed our philosopher-king's pretensions.  Richard Epstein does not need me to describe his quality; anyone who wants a glimpse of him in action needs merely to view a talk he gave, including fielding audience questions, broadcast on C-SPAN earlier this year.  Compare for yourself a sample of the genuine article and any press conference or interview by our professor manqué of a president.  As Epstein tells it to Edward Klein, author of The Amateur:

At the time ... Obama saw himself as a genuine intellectual, which he definitely was not. His course was very popular and he was an engaging teacher, but not one with a serious academic set of interests. The members of the faculty reserved a round table for ten in the Quadrangle Club, where we had lunch and engaged in an intense intellectual exchange. We had a no-sports and no-politics rule and a single topic rule. Everybody bashed everybody. You put yourself once more into the breach and prepared to have the guillotine come down on your head. But Barack Obama never attended these lunches. I firmly believe that this systematic withdrawal from engagement with other members of the faculty stemmed from him not wanting to put himself at intellectual risk. (P. 21.)

The Obama campaign's days of telling us that what looks like bad news is really good news that we are just too dumb to comprehend are drawing to a close.  Next they are going to try to convince us that Obama may not be a genius after all, but he can connect emotionally with us a lot better than that stiff Romney, and that is now what matters.