Warning: mysqli_free_result() expects parameter 1 to be mysqli_result, bool given in /var/www/html/americanthinker/admin/common/functions/func.general.php on line 126
 Misleading Report Released on Progress in Afghanistan - American Thinker
|

The April 2012 "Report on Progress Toward Security and Stability in Afghanistan," a biannual report to Congress in accordance with Section 1230 of the National Defense Authorization Act for Fiscal Year 2008 (Public Law 110-181) as amended, was provided to Congress.  The report falsely depicts operations in Afghanistan as a success.  This misleading report is merely paint placed on an old, run-down house.

"The year 2011 saw the first year-over-year decline in nationwide enemy-initiated attacks in five years. These trends have continued in 2012."

While this assessment may be statistically true, the authors have failed to note that in 2011-2012, the majority of troops in Afghanistan never leave their base.  Those who actually go outside the wire often conduct "show of force operations."  When they leave their bases, they travel in military armored convoys to a destination, never leave their vehicles engaging with the local populace, and simply return to their FOBs.  These operations serve little purpose other than to annoy Afghans traveling on the same roads our troops travel.

The reduction in offensive boots-on-the-ground operations in Afghanistan is not limited to just military personnel.  An undisclosed source who works for a non-government organization has informed that "we once traveled freely throughout the country. The security situation in Afghanistan has gotten so bad, those days are long gone." 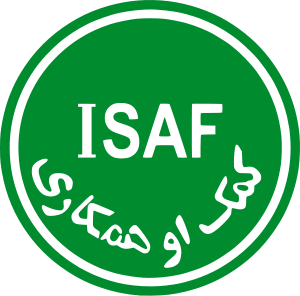 and Assistance Force (ISAF) leaves.  Time is on their side.  They do not have to conduct operations; rather, they simply need to sit and wait.  In fact, the Afghan insurgency is smarter than we give them credit for.  Right now, they are likely in a holding pattern, simply waiting for the ongoing removal of surge troops to finish in September 2012.  Then again, in their southern stronghold of Helmand Province, Taliban activity is deemed the "most contested."  Nahr-e Saraj remains the most kinetic district in Afghanistan.

Regarding Quran-burnings, Marines "defiling" Taliban corpses, and SSGT Robert Bales' shooting spree, the newest report on Afghanistan embraced the Afghan National Security Force (ANSF) as "professional and effective."  These are the very personnel who murdered approximately eighty U.S. and coalition military and police trainers.  Just last week we learned that an Afghan Air Force pilot murdered nine U.S. service members.  This is the reason why France suspended all military operations in Afghanistan in January.

ANSF-ISAF operations have widened the gap between the insurgents and the population in several key population centers, limiting insurgent freedom of movement, disrupting safe havens in Afghanistan, and degrading insurgent leadership. Continued success of the Afghan Peace and Reintegration Program appears to be amplifying this trend by degrading Taliban cohesiveness.

How any government representative can utilize the word "degrading" in such an important document is unfathomable.  Did we send psychologists out to conduct assessments on insurgent leaders?  Weren't the negotiations between Taliban and the U.S. part of the Afghan Peace and Reintegration Program (APRP)?  While Hezb Islami re-engaged in these peace talks after walking out last month, the Taliban have failed to follow their lead and continue to hold out from any negotiations.  Even the United States Institute of Peace acknowledges the failures of the APRP.  "On paper, the APRP is quite comprehensive; however, to date it has yielded limited results."

Thankfully, the authors of this report wrote at least one clear and unquestionable fact -- the Afghan government made limited progress towards effective and sustainable governance.  How could they do anything else, though?  The United States instituted the current Afghan government.  Those who mentor Afghan politicians are predominantly U.S. politicians and their ilk.  Don't blame the Afghans on this one; they are simply following the same beaten path our own nation is following with extreme corruption, failure to lead, and limited progress.

One common tactic to sell an old house is to simply paint the house, hiding any of its flaws.  The recent "Report on Progress Toward Security and Stability in Afghanistan" is merely paint hiding the reality of a complete Afghan quagmire.

Kerry Patton, a combat service disabled veteran, is a senior analyst for WIKISTRAT and the author of Sociocultural Intelligence: The New Discipline of Intelligence Studies and the children's book American Patriotism.  You can follow him on Facebook or at www.kerry-patton.com.