Republicans may bridle at these insults, or we may laugh.  But we are chumps when we don't take insults seriously.  Slander provides the Democrats with a huge electoral advantage.  Many centrist voters, though not radical or loony themselves, have come to believe these libels against Republicans as commonsense, evident truths.  Since they can't possibly see themselves as one of those Awful Republicans, they won't abandon Obama no matter how miserable they are with Obama's performance.  The economy, a nuclear Iran, rising gas prices -- it doesn't matter.  It would be tantamount to selling their vote to a party of greedy, women-hating, violent, racist people.  Who are also stupid.

When I discuss politics with moderate Democrats who are unhappy, even very unhappy, with Obama, I also hear how they will never vote Republican.  So I ask what is most important to them about voting Democrat.  The answer is often moral: their desire to take care of the needy and homeless, the belief that "I am my brother's keeper."  In the last few weeks, I got a number of phone calls from Democrat friends who don't follow the news closely -- one was agitated over the Republican War on Women; the other was upset by the Trayvon Martin shooting.  Democrat libel works.  Republicans don't have misguided policies to help people that won't work; we have evil intentions.  We're against everyone but the rich, and most of us are too stupid to know it. 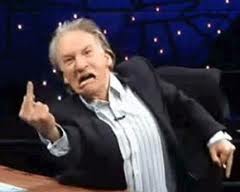 These unhappy Democrat voters are not well-informed and don't have the motivation to change.  They rely on network TV, the New York Times, NPR, their spouses and friends whom they trust and respect.  Part of their self-esteem and identity as good people is based on their superiority to Republicans.  They belong to the party of the kind, the intelligent, the enlightened -- why would they look into the arguments of the opposing side, the rich, the religious nuts, racists and rednecks?  That's not their group.

They are not deciding on the merits of our competing visions of America.  They don't necessarily want a Big Brother nanny-state government, but they don't want to abandon the poor and elderly.  They don't necessarily want race-based affirmative action laws, but they don't want to be racist.  They're concerned about the budget deficit, but they trust Democrat assurances that we can spend our way out of debt, if only the Republicans weren't the party of the rich.  They're not necessarily against lower taxes or school choice or Social Security reform -- but they never hear our side of those arguments.  To be heard, Republicans must cast off the fright mask that has been put over our faces.

Easier said than done.  As soon as you're defending yourself, you've already lost.  We can learn from the hard-won experience of  pro-Israel activists.  Anti-Israel propaganda is similar to the anti-Republican propaganda, in that your very moral being is undermined, and hence any ludicrous accusation is believed.

Jabotinsky, the famous Jewish Zionist, once counseled Jews that if an innocent man is accused repeatedly of being a thief, and each time patiently empties his pockets to show they are empty, people will wonder why he is constantly submitting to searches and conclude he is a thief.  Jabotinsky's great lesson was that Jews have a right to their homeland and need not apologize or be defensive about it.  Republicans have a right to respect as good, moral, intelligent people.

Years ago, I stopped debating insults about Israel.  I no longer "empty my pockets" when people ask if I think Israel is an apartheid state.  I do not honor hateful accusations by answering the lies with facts.  Even the most dramatic and accurate facts carry no emotional weight and are ignored.  Instead, I began to state the positive personally, directly, and simply: "I love Israel and am incredibly proud of her.  Israel has the  highest level of moral standards you will find anywhere.  No other country in history has shown such great self-restraint in the face of torture, murder, and war by hate-filled enemies.  Through all its troubles, Israel has a beautiful democracy, just like America."  The apartheid accusations have nothing to grip onto, and they fall away. 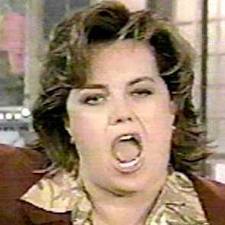 Anyone who has debated the Buffett Rule or the War on Women or whether the Tea Party is racist knows: facts do not move people's political ideas one jot.  Facts do not help people change emotional and political allegiance.  After all, we are asking people not just to pull a lever for a different party, but to rebel against a punitive and intolerant peer group, and to question the authorities they trust.  They would have to accept that they have been lied to and manipulated.  It is far easier to deny uncomfortable facts than to change.

Only emotional and moral truths change minds.  That is the arena in which Republicans must combat the lies that cost us votes.  Fighting defamation has the potential to open the door to political change.

Message to Republicans: stop laughing as if the insults are a joke.  Stop defending yourselves.  Stop with the wonky arguments.  Stop having your heads explode and ranting like a lunatic.  Go positive, and go to the heart of the matter.  Don't debate -- demonstrate that it is you who occupy the moral high ground.

It's time to try something new.  Follow Jabotinisky's lesson: don't empty your pockets.  Republicans must respond directly to the despicable nature of defamation.

Let's take the accusations of racism as a prime example.  The unfounded and bizarre claim that Republicans are racist is a moral argument which portrays Republicans as evil people.  So address the defamation on moral grounds.  Make their attack the topic.  Do not let them feel superior at your expense.

Being racist is one of the worst sins a person could possibly commit.  To call people racists because you disagree with their politics is reprehensible.  We all have to respect differences of political opinion, just as we all respect different races or ethnic groups.  If Democrats want a civil society, they cannot defame opponents with vicious slurs, to make Republicans less worthy human beings.  Ordinary Democrats have to stop encouraging the president to denigrate half the country in order to get votes.  We have to pull together to solve our problems.  Calling people racist for political gain is destructive to the very fabric of our society.  It has got to stop.  We have got to treat each other with respect.

In fact, the Republican record on race is outstanding.  It is especially impressive compared to the Democrat Lady Bountiful approach, where liberals make themselves feel good by patronizing blacks.  Democrats treat blacks like they can't get into a college on their own merits, or can't get out of the ghetto because they are too damaged, or can't be treated like responsible adults.  It's demeaning and destructive.  Democrats have a lot to answer for.  Misguided welfare policies, which make Democrats feel so big-hearted but actually destroyed the black family for generations -- that's nothing to be proud of.  Republicans have a lot more to offer.  Take any problem that blacks face in America.  Republicans can go toe-to-toe with Democrats on our record for helping blacks.  We have a much better approach.

We are the party that passed the Civil Rights Acts and that has stayed loyal to Martin Luther King's vision of a colorblind society.  We believe in treating everyone as equals -- equal rights, equal respect, equal opportunity.  We are rightfully proud of ourselves on race.

ation for ghetto kids -- almost half a million kids in failing schools will be given vouchers by the state for private schools.  Republicans believe in practical, quality programs to help black kids break the cycle of poverty.  We're doing it, whenever we get the chance.  I'm proud of how effective the Republican idea of welfare reform was in creating healthier families with the self-respect that comes from a job.

Fighting defamation is hard.  But it must be done, and the only way is to call the Democrats on it every single time.  They will never change.  But it is nonetheless important to speak out and not allow their vicious portraits of Republicans to be taken as normal.  When Jews publicly challenge and shame Holocaust-deniers and anti-Semites, it is not in the hopes of winning them over, but because you must not let their lies be acceptable in polite discourse.

The crisis is that Republicans have let these haters dominate the public square.  The odds are stacked in their favor, as they currently have the White House and the legacy media.  But they do not control your face-to-face interactions with family, friends, acquaintances, and strangers, who are constantly repeating hate speech against Republicans as if it is normal.  It is common Democrat conversation in all sorts of social settings to comment how Republicans are racist or stupid or against women.  They expect everyone to agree with them.

I have heard all these comments in the past month alone, and you have undoubtedly also.  It is widespread, but is not normal.  It is not any more acceptable than anti-Semitic or racist insults, which a generation or two ago were also part of social discourse.  It is time to call Democrats on it.  Defamation works when it is not called out for what it is and delegitimized.  Do not accept the role of the evil moron for even one second, any more than minorities in America accept slanderous accusations.  Insist that Democrats face us in a fair fight.  We will win on the merits.