Warning: mysqli_free_result() expects parameter 1 to be mysqli_result, bool given in /var/www/html/americanthinker/admin/common/functions/func.general.php on line 126
 How to Write Democrat Autobiographies (or Naked Came the Kenyan Cherokee) - American Thinker
|

How to Write Democrat Autobiographies (or Naked Came the Kenyan Cherokee)

Maybe it was just a dream, but I feel certain that I read an essay titled "How to Write Democrat Autobiographies (or Naked Came the Kenyan Cherokee*)," authored by  Barack H. Obama and Elizabeth Warren.

I can't remember the name of the publication it was in, or even the entire text, but certain things stand out about it and are as clear as if the article were in my own hands right now.

The authors advised that to really advance in life, it helps to make your background as exotic as possible.  Warren suggested checking the Native American box or other ethnic preference boxes on all school and employment applications and went so far as to suggest that the reader submit recipes to ethnic cookbooks to provide "evidence" of one's claim to priority based on ethnic identity. 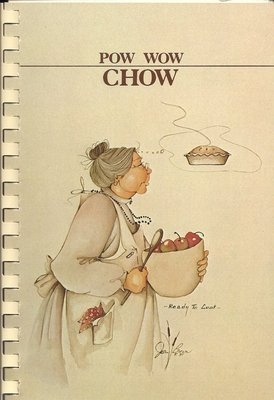 For "Pow Wow Chow," which billed itself as an American Indian cookbook, heavy on recipes using Wonder Bread, baloney, Velveeta cheese spread, and mayonnaise, Warren offered up her Cherokee family's traditional crab omelet.  All right, so those recipes were Pierre Franey's...but heck, maybe he was from some French Cherokee tribe.

Obama said he had tried sending in his family's mbaazi, dog, and millet recipe, but no one would take it, so he told his literary agent just to  say he was born in Kenya, figuring no one would scramble to Africa to see if the claim were true.

Don't worry about being called out on your ancestral fable-making, they advised.

Warren said the trick is to pretend that you knew nothing about who checked off those boxes and that you never heard your school bragging about the native Indian woman they just hired when you were the only hire.  "If that doesn't work, just act indignant at the suggestion that those irrelevancies had a thing to do with your hiring," she added.  What could be more sexist and racist than challenging an obviously fraudulent claim to a double-special elevation up the academic ladder?

Obama added that one could always get others to take the fall more directly if needed.  "I told my literary agent to say I was born in Kenya when we were looking for publishers to give a huge advance to me at a time when I'd done nothing but graduate from law school."  It worked, and then, in 2007, when he was running for president, he said he simply had the publisher drop that from the promotional booklet 'cause it might create a "birther" claque.

The agent took the fall when those busybodies from Breitbart got onto it. At first I was worried that some crack reporter -- say, the Washington Post's Maraniss -- might see that and give me trouble during the campaign, but they all shut up about it. Why would that surprise everyone? I mean, I cannot make my verbs match the subjects and yet those morons go along with the pretense that I wrote my own books. Let Jack Cashill amass as much evidence of fraud as he chooses, who's going to believe him?

When people started questioning my literary representatives about the Kenyan birth, right on cue my agent stepped up and took the blame. Now all those reporters know enough about the literary business to know that the information for the author's biographical information comes from the author and he clears all the promotional material, but they aren't saying a word about this. And how realistic is it to believe that an agent just pulled the Kenyan birth tale out of the ether? But those sycophants don't even report the story let alone question the excuse.

Heck, I remember them laughing at anyone who ever questioned the place of my birth. Is there anyone easier to hoodwink than the members of the academia and the press?

(Have they even reported that the birth certificate he provided was an admitted forgery?  Didn't the make-believe genealogical backup for Warren's claim get more coverage than the admission that it was false?)  In sum, if you're a Democrat, you can just make stuff up about yourself.  No one in the press cares.  If they don't report it, who'll ever find out?

"It's such a sweet gig," added Obama.  "If you're a Democrat, even if you slipped up and told some unsavory truths about yourself, the press loves you, and they will ignore the admissions."

I said I ate dog, and yet the press forgets about that and still claims Romney's a dog hater cause he transported Seamus in a carrier on top of his car.

I said in "Dreams of My Father" I created such a mess the Hispanic maids at Occidental college cried when they saw how much filthy work I made for them, but you'll never hear that -- just the make believe tale of Romney's  "bullying" some kid in high school.

But Obama tacked on a caveat.  Just because the press is in the tank for you and won't tell readers that it's clear you lied through your teeth most of your life and --  in rare moments of candor -- admittedly engaged in behavior that might turn off voters, you may need to do more, he advised, offering up the Wright example.

I pretended I was a Christian and pointed to the 20 years I was a member and regular attendant of Rev. Wright's church in Chicago. When his racist and unchristian remarks became more widely known, I pretended I never was at those sermons and didn't hear them. Then, as author Ed Klein reports, I sent Dr. Whittaker to him with a $150,000 bribe to keep his mouth shut until after the election. It didn't work. He still kept yapping and it would have been troublesome except the press never really reported it anyway so I saved the $150,000 and the bad news stayed buried anyway.

"Even though I often slipped up about my Islamic upbringing and sympathies the Rev Wright cover worked," Obama continued.  "I expect there will be no change on that even though Wright is now publicly saying he made it 'comfortable' for me to 'accept Christianity without having to renounce my  Islamic background.'"

But just in case the Breitbart and Klein revelations prove problematic to my re-election, I'm personally going through the presidential biographies on the White House website and adding my estimate of my accomplishments compared to theirs.  I come out very well, if I say so myself.   Just in case there's any slippage though, I'm also following Elizabeth's example  and whining that it's really hard for someone named Barack Hussein Obama to be elected to the presidency.