Warning: mysqli_free_result() expects parameter 1 to be mysqli_result, bool given in /var/www/html/americanthinker/admin/common/functions/func.general.php on line 126
 Ethnic Aristocracy in America: Do You Have the Right Bloodlines? - American Thinker
|

Ethnic Aristocracy in America: Do You Have the Right Bloodlines?

Bloodlines have become a means to access class privilege.  They are in danger of becoming as important in America as they were in South Africa when the Population Registration Act was put into place.

Imagine your child undergoing the following test: a pencil is inserted into her hair.  If it stays there without falling out, your child is declared "coloured," and consigned to a lower caste.  While she will not be as discriminated against as the black caste, she will not be afforded the status of the ruling white caste.

Until 1994, which marked the official end of apartheid in South Africa, the "pencil test" was a standard means of determining a person's caste according to racial category.  South Africa's Population Registration Act of 1950 required such classifications.  Privileges were handed out to three basic groups: Black, White and Coloured.  Indians comprised a separate classification. Where a kid went to school, where a guy got a job, who had political rights and who didn't -- everything in life was determined by a rigid caste system determined by race, with white "royals" at the top of the heap.

For many generations, America, land of the free and home of the brave, has sought to retain a fluid class system which has ensured that aristocratic, predetermined privileges do not remain with one race, group or class.  The civil rights movement of the 1960s was based on the premise that everyone, regardless of race or class, should have access to the American dream of climbing the social and economic ladder.  In fact, the great human rights movements of the past have been based on the concept of equality before the law and equality of opportunity regardless of gender, religion, social class or race.

Until recent times, that is.

For since the advent of affirmative action and multi-culturalism, both of which initially were supposed to be ways of making sure all races and classes had access to social and economic advancement, America is increasingly aristocratic in its composition, with privileges being handed out according to race and class rather than according to merit. 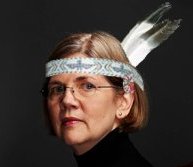 amok.  Though a pink skinned, blue eyed blonde, Ms. Warren has ludicrously claimed that because she has 1/32 or 1/64 Native American blood in her veins, she therefore is Native American/Indian.  Therefore she is entitled to privileges.

"The trivial Elizabeth Warren "high cheekbones" fraud nonetheless offered a draw-back-the-curtain look into the gears and levers of our national race industry. The real story is not that the multimillionaire liberal (and one-percenter) Warren fabricated a Cherokee identity for over a decade (to the delight of her quota-thirsty universities), but rather the notion that if a pink blond at Harvard can get away with faking a career-enhancing minority identity, then anyone, anywhere, can -- or rather often has."

Warren's attempt at fakery is nothing new.  How often have pretenders to royal thrones come forth?  How many people claimed they were the offspring of a king, a duke, a baron or a prince? Some forty candidates for the throne of Louis XVII, deceased son of Marie Antoinette and King Louis XVI, claimed to be the dead dauphin.  A similar mob of pretenders, among them Anna Tchaikovsky (aka Anna Anderson), claimed they were the lost Anastasia of the Romanovs.

How many in South Africa and in the United States once attempted to pass for white in order they gain access to privileges denied them for no other reason than race?

One can scarcely blame them for so doing.  Apartheid in any form is a wretched and dehumanized business, but the point is that it is also tragic to see the achievements of the civil rights movement have now been turned so topsy-turvy that claim to minority racial status is a way to attain privileges not necessarily earned nor merited.  It is sad to see so much pretending and fakery substituted for the American ladder of opportunity.  Too many are, yes, great pretenders.

But today's pretenders have their avid supporters, as have pretenders of the past.

Elizabeth Warren, self-proclaimed Native American, has had the full support of Harvard University, whose officials were anxious to prove they were interested in fulfilling their minority quotas.

In another travesty, politically correct toadies allowed the ritual slaughter of an American eagle as a tribute to ethnic diversity, thus granting hunting rights to new aristocrats while declaring such rights off limits to the rest of US commoners without the proper bloodlines and religious rituals.  One is reminded of the hunting rights for royalty declared, for instance, by Henry VII's first Parliament in 1485, which made unauthorized hunting in prívate forests a felony punishable by death, fine or imprisonment.

The politically correct in favor of ethnic privilege in turn were followed by the avaricious and pompously self-righteous UN, which proclaimed the lands of America, including Mount Rushmore, should be restored to native tribes, who are now to be heirs because of their ancestors' previous occupancy.  Should the UN's wishes prevail, one can only imagine the ethnic Gold Rush as platinum blondes and pale redheads stampede to stake out claims to Native American ethnicity.

The new royalty comprised of exotic genetic pedigrees including fake Native Americans like Warren has largely been achieved by another pillar used by royalty for centuries, namely, an appointed bureaucracy characterized by nepotism and corruption, an organization which has a vested interest in maintaining the privileges of a royal few at the expense of many.

Included in a mix which is a sure recipe for the demolition of the fluid and merit based American social and economic ladder is a large dose of guilt handed out to those deemed unjustly privileged because of past and present social and economic sins, real or perceived.

For at the heart of the attempt to create a new royal class based on ethnic bloodlines is the desire to punish the largely white majority for its sins, past and present.  There is a desire among some like Jeremiah Wright and Louis Farrakhan  to eliminate the bloodline of the "oppressor" by turning the tables on the race now automatically deemed guilty because of skin color. This generation and those of the future are to pay for the sins of the fathers, a concept once alien to America, but which has gained traction over the last generation.

The Judeo/Christian theological principle that every human being is capable of good or evil and that each person, no matter what tribe, race or class he or she belongs to, is accountable to God for his or her sins is to be jettisoned.  Classes deemed virtuous by reason of ethnicity are to prevail over guilty majorities. The result of the race industry may turn out to be a new royal order in America, a right to elevation above other races and classes because of bloodline.

In other words, the detested concept and actuality of privileged hierarchy will not disappear.  It will just assume a new multi-cultural, minority identity.

This is not the American way or dream.  This is the attempt to say DNA trumps merit.

This is ossified aristocracy revived.

Earnest genealogists in my family have discovered the Pennington side of the family tree includes the English royal bloodline.  It turns out my ancestor on my father's side was Sir Isaac Pennington, who was at one time Lord Mayor of London. 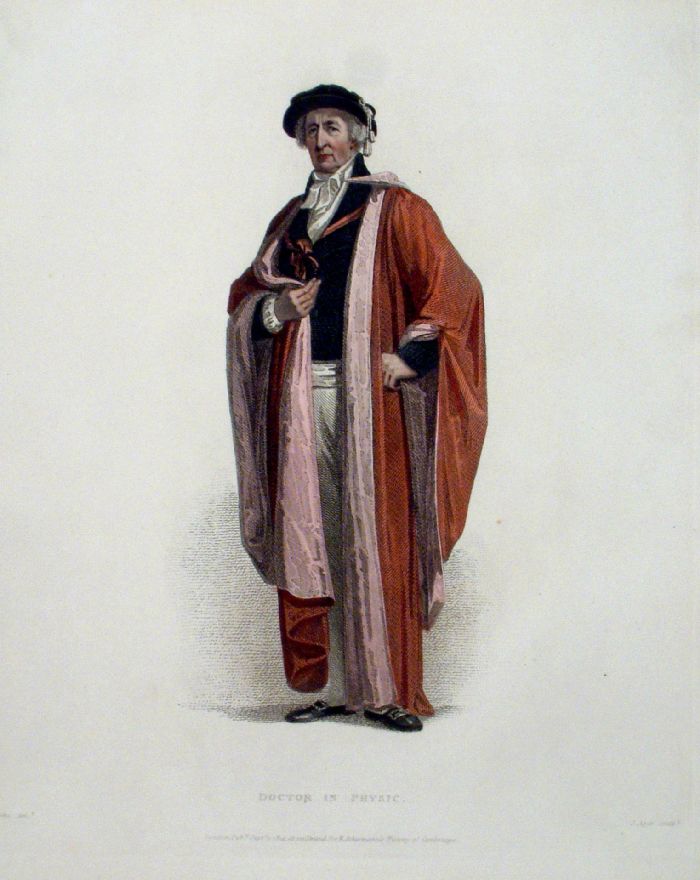 Do I automatically own special privileges because of my progenitor?  Should I expect invitations from Queen Elizabeth II or Prince William to come for tea?

Just because the Penningtons were at one time royalty does not mean I am entitled to privileges and redresses of grievances or ascent to the head of the royal table.

In fact, I am sure the Queen would be justifiably appalled to claim the Penningtons as royal relatives, since Sir Isaac was a rabble rouser and ardent supporter of Cromwell.  Though he did not sign the hapless Charles I's death warrant, he assented to it. He was found guilty of regicide and thrown in the Tower, there to languish until his death from "ill use."  His progeny, being Quakers and so despised as antagonists to the royal order, apparently got the hint they were unwelcome under the Restoration of the monarchy and moved to America post haste.

Sir Isaac's descendent, my father Frank Pennington Voshell, was a high school graduate who became a machinist, a professional photographer and an engineer for the DuPont company.  He achieved it all by sheer native talent and honest hard work. He could rise because America believed in excellence and rewarded it wherever it was found without regard to where it came from.

Dad never took the pencil test. He was a true American prince regardless of DNA -- one of millions who achieved the American dream.  He was an example of the American bloodline.

May his tribe-red and yellow, black or white--flourish and increase.

Fay Voshell holds a M.Div. from Princeton Theological Seminary, where she was awarded the Charles Hodge Prize for excellence in systematic theology.  A frequent contributor to American Thinker, she can be reached at fvoshell@yahoo.com.