Warning: mysqli_free_result() expects parameter 1 to be mysqli_result, bool given in /var/www/html/americanthinker/admin/common/functions/func.general.php on line 126
 Did Steven Chu Sabotage BP's Top Kill Effort Just as It Was Succeeding? - American Thinker
|

Did Steven Chu Sabotage BP's Top Kill Effort Just as It Was Succeeding?

One benefit of being a media lapdog to the Obama administration is that you can get access to administration figures not available to other branches of the government or the general public.  The White House loves to try to slime others, but it is remarkably resistant to providing documents to the two other branches of the government, even under legal compulsion to do so.  In fact, the administration has even refused to provide documents to senior investigator Richard Larabee, in a Department of the Interior (DoI)  investigation, even though he is an employee of the executive branch.  They are stonewalling investigations by all three branches of government.  What are they trying to hide?

After enduring months of delay and stonewalling, Federal Judge Carl Barbier in New Orleans has issued an order for the Justice Department to provide BP with 100 of its scientific documents regarding the flow rate of the well.  The chairman of the House Natural Resources Committee, Doc Hastings, just issued a press release blasting the DoI's Inspector General Mary Kendall for not fully complying with a subpoena for documents regarding the drilling moratorium, particularly with respect to the wee-hour editing that took place the morning of May 27, 2010.

We also note that the Justice Department has arrested a BP engineer who was involved in the top kill operation being run simultaneously with that midnight editing.  Having made a big splash in the media by forcing Kurt Mix to do a perp walk on TV, the truth is leaking out.  It seems Mr. Mix had been offered a job in Australia by Apache Corp. and had applied for a green card to go there to work.

Assistant U.S. Attorney Richard Pickens said Kurt Mix, 50, of Katy, Texas, applied for a green card to Canada as recently as March and intended to leave for Australia, "never to return."

Joan McPhee, one of Mix's attorneys, said her client had a job with Apache Corp. waiting for him in Australia but "sat patiently at home for several months" because he knew he was the target of a federal probe.

"He was entirely compliant with what was a request by the government to remain in this country," McPhee said.

However, Justice Department prosecutor Derek Cohen said investigators learned from Mix's lawyers that he was no longer willing to wait and planned to accept the job offer. Cohen also noted that Mix's wife is a native of China who has family in that country.

So the FBI filed an affidavit that accuses him of deleting some text messages from his phone, which his lawyer asserts have been preserved in other documents available to the government.  The affidavit also admits that they were not telling the judge all they knew (more stonewalling?), including regarding Mr. Mix's application for a green card.  This has all the hallmarks of intimidation of a potential witness against the government.  If so, that would be the crime of witness-tampering.  Et tu, FBI? -- are you now on an ethical subpar with the Secret Service presidential advance team in Colombia, the federal prosecutors who tried the late Senator Ted Stevens, and the Fast and Furious gang?

All this leads us to the question: "What does Mr. Mix know that the administration does not want to get out into the light of day?"  That leads us to those e-mails in the possession of Washington Post blogger Joel Achenbach.  They can be found on page 145 of his book, A Hole at the Bottom of the Sea, and were written by Alex Slocum of Steven Chu's Science Advisory Group on the afternoon of May 26, 2010.

2:13: "So far it is a tie---the mud being pumped in seems to be mostly coming out of the riser. We have not yet hit a tipping point that indicates a killed well..."

2:24: "They seem to be having trouble outrunning the well (pumping in faster than the well can spit it back out). They have increased the kill flow rate to 70 bpm [barrels per minute]..."

3:19: "The situation appears to be relatively steady. They have [been] pumping mud at 60 to 70 bpm for the past hour and a half (about 4,500 [barrels] total). There are no indications that things are getting worse---but it is not clear that the kill has been (or will be) successful..."

4:35: "They just closed off all mud flow and are seeing whether the well will go stagnant. So far (4 minutes) the pressures are all going down slowly (a very good sign---but not conclusive)."

So we know why there was that 16-hour period of time that BP was not pumping mud down the hole, a gap that so disturbed Anderson Cooper on CNN.  And we have a motive for the reticence of the White House to give up those internal documents.  Were they rushing to complete the drilling moratorium announcement before BP could successfully complete the top kill operation?  Note that from 4:35 PM to 6:11 PM the pressure in the well was passively declining, indicating how close they were to success.  Note also that BP had to be circumspect in releasing information that could affect the price of its stock, so reticence with public pronouncements was a legal necessity to avoid even more trumped up criminal charges. 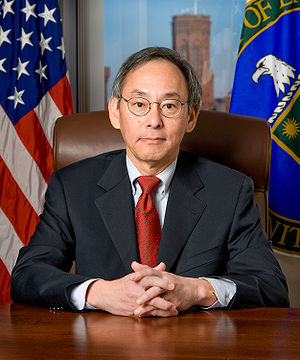 We also know from another media lapdog, John Broder of the New York Times, that Steven Chu prematurely stopped BP's efforts before their top kill program had completed its final two steps. Mr. Mix is sure to know the specific details of that program and any government interference with the BP plan.  So he possibly could be the star witness against Steven Chu and company.  That is a possible motive to attempt witness intimidation.

So the question before us is, did the administration deliberately sabotage BP's top kill efforts for political reasons?  They were in the midst of trying to pass "Cap and Trade" legislation in the Senate so as to take control of the energy business through taxation and regulation and thereby promote their political crony capitalist allies in the "green energy" sector.  If they have nothing to hide, they need to fully comply with the legal requests for documents from the various investigations in the executive, legislative and judicial branches of the government.  Let the public know the whole truth.  That's the least we should expect from the "most transparent administration in history."

By way of contrast, my own contributions to the debate are and always have been available to all on the internet under my own real name, not a screen name.  They include this independent "Management of Change" document advocating a shift in strategy from surface collection of the oil to subsea intervention, a change put into effect as the successful "static kill" that finally met the presidential directive to "plug the damn hole!" in early August 2010.