Warning: mysqli_free_result() expects parameter 1 to be mysqli_result, bool given in /var/www/html/americanthinker/admin/common/functions/func.general.php on line 126
 What Happened to Black Pride? - American Thinker
|

What Happened to Black Pride?

For a few decades, black Liberals have settled for anything. Fake watches, fake purses, and especially fake leaders. If the black Liberal community were truthful, they would admit their disappointment in Barack Obama.

If Obama were a basketball player, he would be the equivalent of the guy who couldn't inbound the ball or constantly double-dribbles. He's the guy to whom you just quit passing the ball; because when he gets the ball, he always shoots and always misses.

What happened to black pride? There was a time when black people didn't settle for failures like Obama; they expected more from blacks who were blessed to get the opportunity for greatness.  Whether it was sports, entertainment, or politics, blacks who were set up for something transcendental carried the expectation of the entire black race on their shoulders. Much was riding on his or her success, regardless of the role.

Each time the baton was passed, the next black understood the obligation to repres 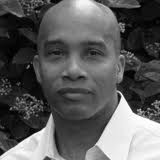 ent, to show the world that the black man had a contribution to make, and we would not squander it. We were to be among the best, and expected to be better than whites in terms of our humanity. Many blacks received the admonition that if you were to do a job that put you in the spotlight, do it "twice as good as a white person."

Blacks had known the shackles of slavery; thus we would work to see that no one was ever enslaved.  We had witnessed the lack of civil rights at the hands of Democrats first-hand, so we would fight for the civil rights of all.  Because of our struggles, blacks had a unique perspective passed on generation to generation as something that could unite us.  Black knew something whites in America would never truly know -- the ability to rise above it all.

Every time there was black success, black people would say, "There's another example that you can't keep a black man down." How powerful is it to know that you can overcome anything? This is why black unemployment during the '50s was practically unheard of.  Black people were the best employees, the most diligent, innovative and inventive of that time.

Yet in a few short decades, the Democrats managed to destroy that sense of pride in accomplishment in black America, trading it for pride in just being black, real pride of our glorious heritage stolen.

Liberal black "leaders" are the perpetrators of the theft.  They victimize other blacks and the rest of the country in order to gain in stature and would sell their children to get ahead, and they have.  Nevertheless, black Liberals want these circus clowns as their spokesmen, clowns who have convinced the black people they supposedly represent that a person is evil for simply having been born with slightly different DNA that makes them white.

The majority of blacks are employed by whites.  But you won't see black ethno-centric '60s throwback radical quitting their jobs.  Because in the time of the first black president, black unemployment is so high that these black radicals are lucky to have jobs. "Who are the real sellouts?"

Lovie Smith, the black coach of the Chicago Bears and member of "African-Americans for Obama" says,  "Despite Obama's dismal record, we need to support him because he's black." Since Smith hasn't won a Super Bowl, can we assume that Smith isn't coaching as well as he would for a black owner? Or should we assume that the owner was forced to hire Smith based on the Affirmative Action, and Smith is simply another incompetent black Liberal in over his head.

When does truth trump color for black people?  Black people in America have gotten almost everything we have asked of this country, yet it's still not enough for many blacks, Liberal Democrat racist blacks.

Our forefathers would be embarrassed at the outcome of the black community, and the fact that by now we have not overcome being the "black race" and risen to the level of being part of the "human race." Our forefathers pictured an America where faith in God, family, love of country, education and work-ethic were the core of what represented the black community. They expected by now that black people would represent the greatness of America, a country that despite its problems offered those once deemed lowest to rise to the top.

Instead of celebrating America's first recognized black president and all the strides black people have made however, there are those in the black community who want to make sure that black pride remains a thing of the past. Those black demagogues want America's first recognized black president to reset the clock on civil rights and oppress white people who had nothing to do with the past oppression of black people by Democrats.

Though a proud black man, I put no race above another. I believe in the human race above all things, as I believe God made man's essence in his own image, not his color. Color is merely a geographical trait and has no bearing on one's character. It's time black people concede to a higher calling, transcend race, and find the pride in having been a significant part in the building of the greatest country the world has ever known.