Forget the war on women, the Obama Administration has been waging a war on petroleum. This is not a deranged partisan accusation but the aim in the mission statement of the Clean Cities Coalition Program at the Department of Energy, which reads as follows:

The Clean Cities' mission is to advance the energy, economic, and environmental security of the U.S. by supporting local decisions to adopt practices that contribute to the reduction of petroleum consumption in the transportation sector.

In other words, despite all those "handouts to oil companies" that the President grouses about, a taxpayer-funded government agency is actively attempting to discourage the use of a product that private companies have brought to market.

Clean Cities came to my attention recently when my local newspaper, the Cambridge Chronicle, announced with great fanfare that a free electric vehicle charging station had opened in Cambridge, funded by "the federal Department of Energy" through the Clean Cities Coalition. That's right, "free." According to the Chronicle, Chevy Volt owner Leon Alexandrou lobbied to have the charging station installed. No wonder, since the 46-mile commute from Alexandrou's affluent suburb of Marblehead to his high tech job in Cambridge was more than the Volt could accomplish without switching over to fossil fuels. According to my calculations, Mr. Alexandrou is getting a $180/year subsidy from taxpayers, in addition to the $7,500 rebate he collected to purchase his vehicle.

Stephen Russell, co-coordinator of the Massachusetts Clean Cities coalition...said that using money from a penalty paid by a dirty power company, the state hopes to have completed close to 200 electric charging stations around the state by the summer.

According to the Department of Energy, Mr. Russell "has a Bachelor of Science in Community Leadership and Development from Springfield College" -- in short: he was trained to be a Community Organizer, like you-know-who. It apparently didn't occur to Mr. Russell that the electricity from a "dirty power company" would be just as dirty when used to power a "clean" Chevy Volt. New England, like most places on the planet, continues to rely on coal; the state's nine coal-fired power plants burned 5.25 million tons of coal in 2008. In short, Mr. Russell is enabling a subsidy for coal-powered cars owned by affluent drivers. Where are the social justice advocates and radical environmentalists when you need them?

The Massachusetts Clean Cities office is one of 100 regional offices funded by the Energy Department. Their job is to organize "stakeholders" -- community organizing jargon for people who benefit from government handouts. Some of their work -- encouraging commercial fleets to convert to CNG -- is worthwhile, but could be managed more efficiently by private industry managers motivated by the plummeting price of natural gas, rather than federal and state grant money. The program had been scraping along since 1998 with annual budgets of around  $20 to $30 million.

Then the Recovery Act (ARRA) came along in 2009 and Clean Cities was given $300 million, a ten to fifteen-fold increase. According to the DOE, "Recipients used those funds to leverage an additional $524 million in matching funds and contributions" -- mostly from other government grants from the Department of Transportation, the EPA, Grants.gov, and State energy offices, and on and on. Googling these "financial opportunities" is dizzying, like walking through a carnival midway where all the barkers compete to give away money. Our money. Can you imagine the effect of dumping tractor trailer-loads of thousand dollar bills on a minor bureaucrat trained in community organizing?

Clean Cities however is but a bit player in the Recovery Act slush fund story, a small rabbit hole in the federal bureaucratic warren. The Department of Energy's 2013 budget request is $27.2 billion, ("a 3.2 percent increase over the FY 2012 enacted levels").

Through the Recovery Act, the Administration is investing more than $90 billion in government investments and tax incentives to lay the foundation for the clean energy economy of the future. 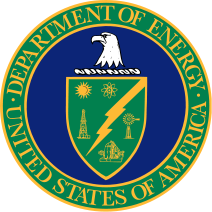 Of the $90 billion, the Department of Energy (DOE) received $35.2 billion ($32.7 in contracts and grants; $2.5 in 1705 credit subsidy) to support nearly $80 billion in clean energy projects that are developing infrastructure and technology to address the nation's energy issues and position the U.S. for leadership in long-term, clean energy industries.

As of February 16, 2012, Department of Energy has outlaid $22.3 billion, supporting over 15,000 clean energy projects across the country. Over the last twelve months, DOE has averaged monthly outlays of nearly $900 million in line with our target with our target run rate of $800 million to $1 billion per month.

Again, imagine the distorting effect of the Recovery Act, when an agency with a $27 billion annual budget was suddenly tasked with doling out $35.2 billion of "support" (out of the total of $90 billion for clean energy, more than 10% of the $831 billion Recovery Act funding). It's no wonder the DOE congratulates itself for its cash-shoveling success giving away investing that much money is hard work.

Energy Secretary Steven Chu likewise is committed to the war on petroleum. His Strategic Plan of May 2011, updated in February 2012, lists "Goal 1":

The greatest crime being committed is against the democratic process of budget appropriations. The Democrats in the U.S. Senate have abdicated their responsibility to propose a federal budget, but agencies like the DOE have no worries. In addition to their unfunded operating budget, they still have a $13.1 billion pot of cash left from the $35.2 billion in ARRA funding to lavish on clean energy boondoggles, which at a billion a month will last three months into the Romney administration. The Recovery Act is the gift that keeps on giving through the entire Obama Presidency and beyond.