Warning: mysqli_free_result() expects parameter 1 to be mysqli_result, bool given in /var/www/html/americanthinker/admin/common/functions/func.general.php on line 126
 The Civilized Man vs. the MTA Savages - American Thinker
|

The Civilized Man vs. the MTA Savages

Last September, the human rights organization American Freedom Defense Initiative (AFDI), of which I am executive director, filed suit against the New York City Metropolitan Transit Authority's restriction of free speech and sanctioning of Jew-hatred in the city's subways.  Jew-haters can run ads suggesting that Israel's self-defense is the obstacle to "peace."  But our ad calling terrorism against innocent civilians "savage" was banned, deemed "demeaning" and "insulting" to savages.  And now, in response to our discovery motion, we have received some highly revealing documents showing how the MTA acted inconsistently and out of political bias in rejecting our ads. 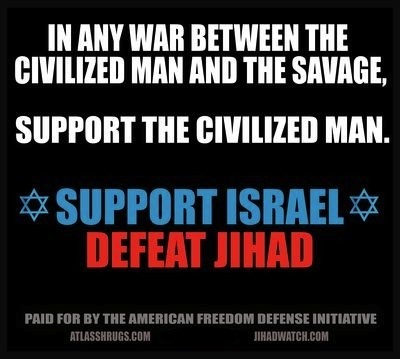 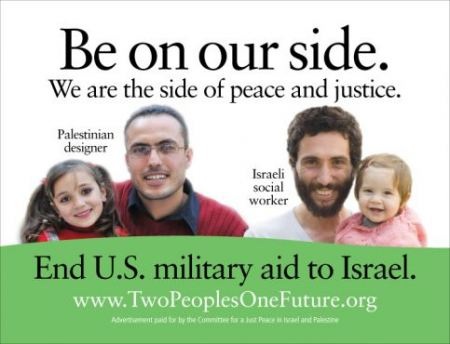 What is so unnerving about the MTA emails is the casual acceptance among MTA staffers of anti-Semitism, their casual acceptance of the anti-Israel ads, and their knee-jerk negative reaction to my simple and true ad.  And on a not unrelated note, the e-mails between the mainstream press and the MTA are very cozy.  Jennifer Fermino of the New York Post reassures the MTA in a September 20 e-mail that a story about our pro-Israel ads had been set to be on the front page, but was moved off the front page and reduced: "Now its only 7 inch story, very short." 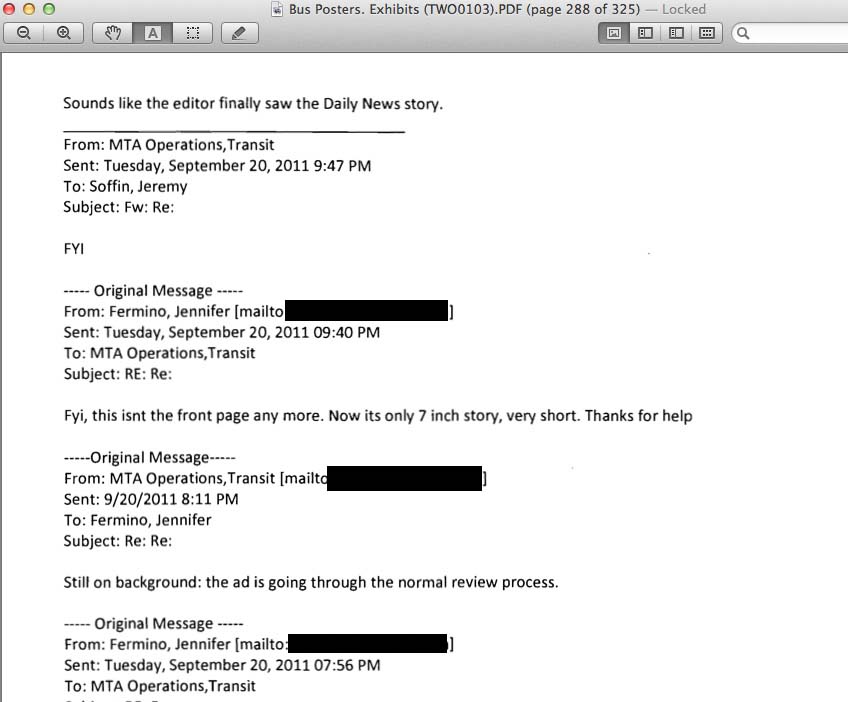 I wonder who killed it, and why.

We also discover what side Kevin Ortiz, an MTA media relations official, is on.  Ortiz wrote on September 14 that he "had no idea how we could approve the Geller ad.  It's over the top in my opinion."  Who cares what his opinion is?  Who appointed him the judge and arbiter of which ads would be acceptable for the MTA and which would not be?

It's also interesting to see how MTA officials cover themselves in their statements to the press.  MTA official Jeremy Soffin's e-mail on September 21 claims that they "don't censor based on opinion" and have "run one of each" -- that is, one anti-Israel ad and one pro-Israel ad.  But my AFDI ad, which quotes Ayn Rand -- "In any war between the civilized man and the savage, support the civilized man." -- was not acceptable because it "aims to demean and this isn't okay."

But this is not so.  The premise of my ad was that a war on innocent civilians is savage.  That is a fact, and that is the truth.  As long as the Palestinian Authority continues its savage policy to foment violence, promote hatred, and teach Palestinian children to hate, the number of young Muslims willing to blow themselves up or to slit Israeli throats will continue to increase.  That is savage.  The Palestinian Authority propaganda of Holocaust-denial, calls for the killing of the Jews, and glorification of bloodthirsty jihadis is savage.

Instead of acknowledging that, MTA officials are trying desperately hard to justify their anti-Israel 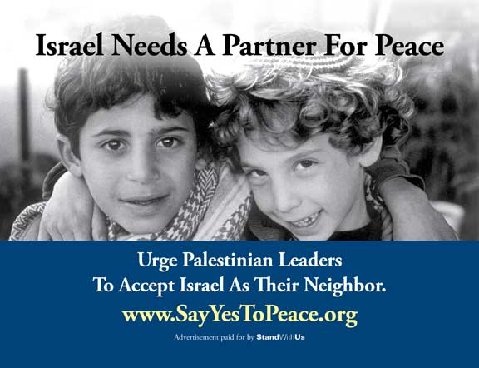 position.  They did not, in fact, run both sides.  They ran a weak ad that essentially depicted Israelis saying, Please be our friend.  Please don't hurt us.  This ad was based on a false premise and was as offensive to me as was the anti-Israel ad they also ran, which called for ending U.S. support for Israel.  The anti-Israel ad blames Israel, its military, and U.S. military aid to Israel as causes of Palestinian terror directed against innocent civilians in Israel and abroad.  That is a deeply offensive position to any lover of freedom.

Both sides were not presented.  The haters' side was presented, and the defenders of Israel presented the apologists' side, but Israel's right to self-defense was not presented.

Who do these MTA bureaucrats think they are, sanctioning jihad and prohibiting truth and the voices of freedom?  How dare these clerks norm anti-Semitism while enforcing the blasphemy laws under the sharia -- for that is exactly what this amounts to? 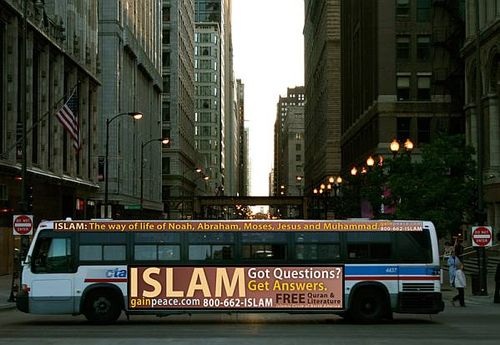 Ten years after 9/11, the MTA's Jeremy Soffin, Ken Prober, Jerome Page, Jeffrey Rose, James Henly, Peter Sistrom, and Aaron Donovan all dealt with the anti-Semitic ads, and not one among them -- not one -- stood up and spoke against the anti-Jewish ad.  Not one.  And not one of them stood up in defense of our pro-freedom ad.

It is all so arbitrary.  They rejected a Working Families Party ad that riders might have found offensive, but they ran the genuinely offensive series of political Manhattan Mini Storage ads, which are deeply offensive to Republicans. 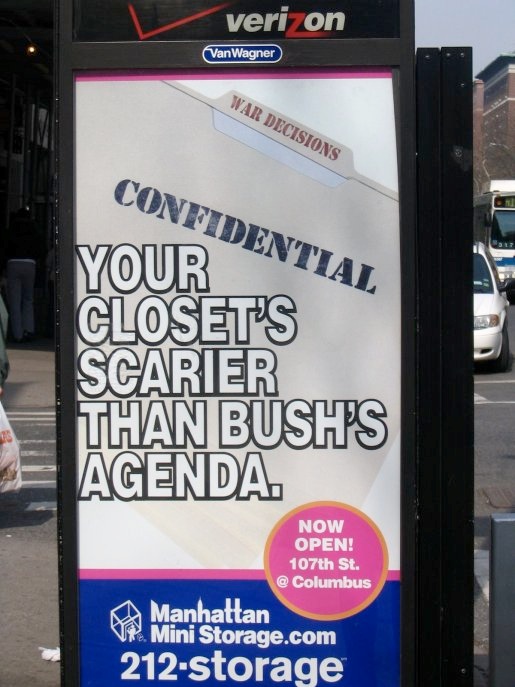 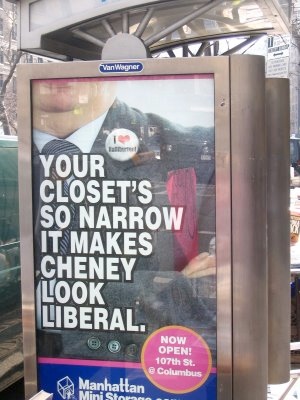 How many New Yorkers found the anti-Semitic ads that the MTA approved offensive and bigoted, or an incitement against the Jews?  But they ran them anyway.  Our ads are not nearly as controversial, but they are pro-Israel, pro-freedom.

The very idea that the MTA would censor free speech in defense of the blasphemy laws under the sharia speaks volumes as to the success of the stealth jihad in America.

I hope the MTA is prepared to go to the Supreme Court, because we are.