Writing back in 2007, Naomi Wolfe catalogued the steps to creating a dictatorship (which she sought to apply to George W. Bush).  Interestingly enough, they apply far more to the man who replaced him.

Isn't that precisely what Occupy Wall Street has done with the banks and businesses?  OWS has ties to Obama's friends in ACORN, as well as to SEIU.  Isn't that what was done with Wisconsin Governor Scott Walker and his attempts to save that state from bankruptcy?  Isn't that what the EPA is doing with its endangerment finding -- claiming that carbon dioxide emitted by industry is going to c 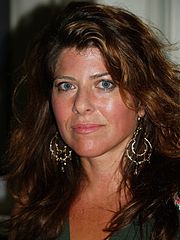 ause catastrophic climate change?  For that matter, isn't that precisely what was done by the Department of Homeland Security, whereby pro-life citizens, returning military, gun-owners, Ron Paul supporters, Christians, and just about everybody in "Red State America" falls under the category of domestic terrorist?

FEMA is doing something that bears a disquieting resemblance to concentration camps.

And Madam Wolf worried about Guantánamo Bay, yet Mr. Obama has not closed it.

At a town hall meeting in St. Louis held by Democrat Congressman Russ Carnahan, members of the Service Employees International Union (SEIU), representative of government employees, beat a black man who was there selling flag pins.  A woman was beaten up by an Obama supporter in Minnesota.  A man had his finger bitten off in an assault by an Obama supporter at an anti-health care rally.

And let's not forget the entire Occupy movement of the 99-centers; they have been camps full of lawlessness, full of rapes and assaults.  OWS was produced and organized by people close to the Obama administration.

4. Set up an internal surveillance system

Obama has set up and is setting up a heavy internet surveillance.

DHS has special spy technology capable of seeing through walls and has vans cruising city streets, spying on Americans indiscriminately.

And don't forget Obama's "Truth Squad" in Missouri, where elected Democrats were cruising the internet looking for examples of "misrepresentations" and threatening to use legal means to suppress opponent's "Lies."

What is the DHS domestic terrorist report but a tool to harass citizen's groups?  What is OWS but a way to harass businesses and citizens groups?  What was the beating of Kenneth Gladney but harassment of the Tea Party?

6. Engage in arbitrary detention and release

Obama just signed the National Defense Authorization Act into law, a bill granting him the power to detain for an unlimited time anyone he deems engaged in terrorism.  Given the DHS definition of terrorism, that could be anybody.  American citizens are not exempt, although Obama promises not to use these new powers against them.  (Step right up, folks!  Great new bridge for sale!)

Shutting off the water to California's largely Republican Imperial Valley, ruining his opponents.  Refusing to send federal aid to fight the Texas wildfires because Texas is a lost state for Obama politically.  Drowning some largely Republican Missouri farmland to save a staunchly Democratic town in Illinois during the 2011 floods.  Ordering the DOJ to go after Wall Street execs for receiving bonuses.  Firing the head of General Motors.  Oh, and let's not forget the letter sent out by the DOJ to three climate bloggers where the Climategate II e-mails were linked; the DOJ threatened them, and then British police seized the computers of one blogger.

Obama is the press.

Just look at the "Missouri Truth Squad."  How about the accusations made against the Tea Party , claiming they were inciting violence?  How about the claim that Gabrielle Giffords was shot because conservative criticisms of Obama have incited violence?

What did Obama do when he made recess appointments while Congress was still in session?  What did he do with Fast and Furious?  What did he do when he refused to enforce the Defense of Marriage Act in court, or when Eric Holder refused to prosecute the New Black Panther Party for voter intimidation because they are black, or when he sent money to Kenya to promote the new, pro-abortion constitution in violation of U.S. law that does not allow American aid to be spent for that?

He also has stopped automatic deportation of illegal aliens, in violation of U.S. law.

What did he do when he violated the War Powers Act, involving America in a war in Libya without getting congressional approval?  What did he do with ObamaCare?

By Naomi Wolfe''s own standards, Obama is busily turning America into a totalitarian state.

And what dictatorship is complete without a youth squad?  Germany had the Hitler Youth, Stalin the Young Pioneers, and what of Barack?  Remember the song sung by schoolchildren "Barack Hussein Obama, mmm, mmm, mmm"?  What of Obama's recruitment of children to get their parents to vote for him?

Frankly, in a saner world, if the GOP hadn't just impeached the last Democrat president, and if the matter of Obama's race were not an issue, this president would be facing forcible removal from office, and several of his cabinet would be facing jail time.

Barack Obama is proposing eliminating half a million U.S. military jobs, while at the same time calling for a salary raise for SEIU members of the bureaucracy.  Interesting, that; the military tends to vote GOP, and the government workers are staunchly Democratic.  Giving money to the SEIU guarantees that said money ends in the pockets of the Obama re-election campaign, and taking bread from the mouths of the military means less for Republicans.  It also means a half-million more people on unemployment.  But there's more.

Early in the Obama tenure, Marxist Manuel Zelaya, President of Honduras, was ousted from power by the Honduran military.  Zelaya was attempting to subvert the Honduran Constitution, overturning the term-limit restrictions and making himself president for life.  The Honduran Congress ordered him out, and the Honduran Supreme Court ruled that he had to step down.  When he refused to do so, the military intervened and removed him from office, kicking him out of the country.

The Obama administration was furious, demanding Zelaya's return to power.  They eventually got a deal that allowed Zelaya to come back into the country (although he was not restored to power).

"We cannot continue to rely on our military in order to achieve the national security objectives we've set. We've got to have a civilian national security force that's just as powerful, just as strong, just as well-funded." -Barack Obama, July 2, 2008

The U.S. military swears an oath not to its commander-in-chief, but to the U.S. Constitution.  Should the president attempt to blatantly violate that Constitution, the military would be the ones to ultimately act against him -- on orders from the other branches of government.  Could that be a reason why Mr. Obama wanted a personal, internal police that would be as well-armed and as large as the U.S. military?  If George Bush had done such a thing, what would Naomi Wolfe say?

One wonders why President Obama is so eager to make such major cuts in the U.S. armed forces at a time when war appears imminent and the economy cannot sustain a large influx of newly unemployed -- and right before an election he appears destined to lose, too!

(Thanks to Jack Kemp and Jeff Bruzzo for valuable inspiration.)

Timothy Birdnow is a St. Louis-based writer.  His website is www.tbirdnow.mee.nu.