Warning: mysqli_free_result() expects parameter 1 to be mysqli_result, bool given in /var/www/html/americanthinker/admin/common/functions/func.general.php on line 126
 The Lone Politician Who Stood against Japanese Internment - American Thinker
|

The Lone Politician Who Stood against Japanese Internment

"Jap," "the Yellow Peril," and "slanty-eyes" were a few of the cruel and very common epithets used to identify Japanese-Americans in post-Pearl Harbor America.  Within two months of the bombing by the Japanese government of the Naval Base at Pearl Harbor, President Roosevelt put together a plan to sweep the West Coast clean of persons who may harbor sympathies for the Japanese cause.  With his Executive Order 9066, Roosevelt authorized the military to uproot thousands of Japanese-Americans -- citizens and non-citizens -- and relocate them to landlocked locations throughout the United States.

Although Executive Order 9066 also pertained to some Americans of Italian or German descent, the number of those minorities interned was only a few thousand.  By contrast, tens of thousands of 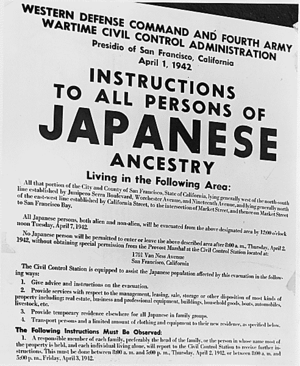 Japanese-Americans were swept from their homes up and down the West Coast, and as far inland as Arizona.  They were forced to leave behind their property and possessions, taking only what they could carry.  Toting just a suitcase or two, these Japanese-Americans were herded onto trains and military convoys, driven hundreds and thousands of miles from their homes and friends, and imprisoned in derelict CCC camps or unused military barracks.

Fear and mistrust of people who resembled our Japanese enemy was the default sentiment during the early months of World War II.  We think of it as racism, and though repugnant and highly unjust, it was initially an overreaction by political leaders to real danger.  Misguided prejudice against minorities was not new to America.  But the immediate and visceral response to the attack on Pearl Harbor resulted in an overwrought and injudicious effort by the government to address the problem by thrashing the civil rights of Americans who simply looked like the enemy.  Law-abiding citizens, many of whom had deep roots in America, were stripped of their dignity and their constitutional rights.  As a result, the maltreatment of Japanese-Americans became just another situation concomitant to war, not unlike victory gardens or the rationing of food and rubber.  Many of the internment camps were located in isolated and inhospitable places in the Southwest.  The following is an excerpt from a Moab, Utah newspaper article dated June 25, 1942.

The possibility of establishing a Japanese internment camp for the Arches National monument utilizing Jap labor for the completion of the highway into the monument was discussed at Monday's meeting of the Moab Lion's Club.  Dr. J.W. Williams reported that he had made some investigation of the matter and believed it would be possible to obtain a sufficient number of Japanese to carry on the road work recently halted by the abandonment of the Arches CCC camp.

The article from this middle-America newspaper goes on to describe the Lion's Club meeting minutes, their USO fundraising activities, and the locations of their community dances.  The CCC camp referenced in the article would later become a Citizen Isolation Center, which housed small numbers of Japanese men who had rioted or otherwise rebelled at other internment camps.  It's astonishing for us to see innocent Americans regarded as little more than slave labor.  However, communities across the country adapted quickly to the notion that the "Japs" were less than human.  Few stood against this unconstitutional wave of oppression, and most high-level politicians at the time encouraged it, except for one.

Unlike other politicians of the time, Colorado Governor  Ralph L. Carr welcomed the Japanese-American internees into his state, embracing  them as citizens who deserved dignified and just treatment during their incarceration.  Governor Carr served from 1939-1943, but his relatively short tenure produced heaps of documents that testify to his compassion for and genuine interest in the Japanese families conscripted to his state.

Governor Carr spoke out stridently against the internment of Japanese-Americans as "inhumane and unconstitutional."  He compiled numerous documents consisting of his personal communications with Japanese inmates at the Amache facility, their family members, and other citizens who were concerned about their treatment.  A Republican, Carr supported Roosevelt's war efforts, but he openly questioned the internment of Japanese-American citizens.  In his speeches and writings he opposed measures that stripped Japanese-Americans of their civil rights, not to mention their personal property, and which treated them as war criminals.  He pressed against the popular tide of racism and fear that produced things like highway billboards that screamed "Japs Keep Going!"  Though unable to override the military's authority to imprison innocent Japanese-Americans in his state, Carr worked tirelessly as an advocate, not to mention to help them retain their status as American citizens.

Interestingly, Governor Carr's advocacy for the rights and dignity of Japanese-Americans ended his political career.  Governor Carr was an effective fiscal reformer and helped the state of Colorado become more efficient and effective.  He had hoped to gain a seat in the United States Senate following his term as governor.  But as an honest man, he spoke harshly to the baser motives that led to the Japanese internment program.  "If you harm them, you must harm me.  I was brought up in a small town where I knew the shame and dishonor of race hatred.  I grew to despise it because it threatened the happiness of you, and you, and you!"  His stinging words were not well-taken, and he lost his bid for political office after just one term as the governor of Colorado.

Governor Carr was a small voice, but he has been vindicated by decades of national remorse for the wrongheaded Japanese internment of nearly seventy years ago.  President Truman, in 1948, made an attempt to redress internment policies in behalf of Japanese citizens, but his efforts fell short.  It would take another forty years before the issue was adequately addressed.  In 1988, President Ronald Reagan signed into law the American Civil Liberties Act.  It contained a provision which paid a token $20,000 to each formerly interned Japanese-American as a gesture of national apology.

Governor Carr was a man of admirable character and courage, and he stood largely alone against the egregious treatment of Japanese-American citizens during World War II.  The Japanese internees also displayed great character and forbearance during those awful years of incarceration and after their release from the prison camps.  There was no uprising, no retribution, and no open animosity towards Americans or the United States government at the end of World War II.  For the most part, they quietly returned to their former homes and tried to rebuild their shattered lives.  The people of character and courage who endured the injustices of that time, and the one man in high office, Governor Carr, who opposed the Japanese internment, help to remind us that this era of fear and bigotry in American history must never be repeated.

Marjorie Haun is also known as ReaganGirl.  You can find her articles and commentary at reagangirl.com.