Warning: mysqli_free_result() expects parameter 1 to be mysqli_result, bool given in /var/www/html/americanthinker/admin/common/functions/func.general.php on line 126
 In Texas, a Tragic Miscarriage of Justice Fails to Excite the Liberal Media - American Thinker
|

In Texas, a Tragic Miscarriage of Justice Fails to Excite the Liberal Media

A tragic and Kafkaesque miscarriage of justice in central Texas grows more intriguing by the day, with one stunning development after another generating new headlines.  Yet, strangely, the wrongful conviction of Michael Morton in 1987 for murdering his wife has failed to excite liberal media outlets and advocacy groups that typically go wild over such cases.  Why? 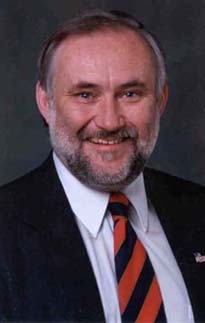 On Wednesday, the newest twist in the case made headlines: District Judge Ken Anderson --  the lead prosecutor who convicted Morton 25 years ago -- publicly apologized to Morton and those adversely affected by the wrongful conviction.  The legal system had suffered a "system's failure," Anderson admitted.  But he denied charges that prosecutors hid evidence that would have bolstered Morton's defense.

The former district attorney of Williamson County spoke outside the same historic courthouse where Morton, after being convicted 25 years ago, collapsed at the defense table, sobbing and proclaiming his innocence.

"I didn't do this.  That's all I can say. I did not do this," said Morton, then 32 years old -- a man with no history of violence.  He was sentenced to life in prison.

The case against Morton was built upon circumstantial evidence -- including what prosecutors in Williamson County, just outside the capital of Austin, had portrayed as Morton's supposedly inappropriate reactions to news of his wife's murder and a claim that there were some tensions in his marriage. 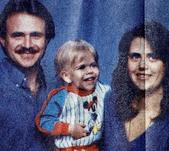 that his wife didn't have sex with him on his birthday, the previous day, and so he bludgeoned her to death in her bed.  He then went calmly to his job at a grocery store at 5:30 a.m.

Morton, now 57, was exonerated last month by the Texas Court of Criminal Appeals after lawyers for Barry Scheck's New York-based Innocence Project overcame six years of objections from the William County district attorney and got a court order for new DNA testing of crime-scene evidence.  The testing indicated that an intruder killed Christine Morton in 1986, as well as an Austin woman named Debra Baker after Morton was sent to prison.  In 1988, Baker was beaten to death in her bed.

Last week, another stunning development made headlines: police arrested a suspect in Christine 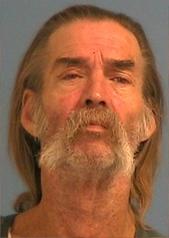 Morton's murder -- Mark Alan Norwood, 57, a dishwasher in Bastrop, Texas.  He has a long criminal history.  A bandana found near the crime scene contained DNA linked to Norwood and his victim.  He has yet to be charged in Baker's death.

Morton's wrongful conviction has roiled the state's legal community as questions have emerged about prosecutorial misconduct in the case.  Morton's lawyers are now pursuing Anderson and former assistant district attorney Mike Davis, now in private practice, claiming that they withheld evidence.  Among other things, they want to know why a transcript from Christine Morton's mother was not made available to defense lawyers.  She told the case's lead investigator that the couple's three-year-old son told her that a "monster" -- not his father -- had beaten his mother to death.

Prosecutors also allegedly withheld two other pieces of information: two weeks after Christine Morton's murder, her credit card was used in San Antonio.  And a check made out to her was cashed with a signature deemed a forgery.

Judge Anderson, whom Gov. Rick Perry appointed in 2002, initially stonewalled efforts by Morton's lawyers to provide depositions aimed at learning whether he had intentionally withheld information that could have prevented Morton's wrongful conviction.  However, a ruling by the Texas Court of Criminal Appeals forced him to provide depositions.  That same ruling applied to Davis.

The Texas attorney general plans to reinvestigate the murder case, and the State Bar of Texas, in charge of lawyer discipline, is undertaking its own investigation focusing on Anderson and Davis.

One of the jurors who convicted Morton was distraught and teary-eyed when discussing her role in convicting him -- and she was particularly upset that exculpatory evidence was allegedly kept from the jury.  "We should have known something more," Lou Bryan, a retired high school English teacher in Round Rock, told a local television news channel.  "And if that's the way it works in our system, then there is something wrong."

She noted that a few jurors had found holes in the case during their twelve hours of deliberations; however, their doubts were cast aside by, among other things, testimony from a forensic specialist that Christine Morton was killed when her husband was still at home, based on food in her system she'd eaten the previous night.

During Judge Anderson's public apology, one young woman at his news conference said that she wasn't about to forgive him.  Caitlin Baker, daughter of the second woman whom Norwood is thought to have killed, said that "[m]y mother could be alive right now" if Anderson hadn't convicted an innocent man.  "If he feels bad, prove it -- resign."

Morton now lives with his parents as he tries to rebuild his life.  He's eligible to receive $2 million from the state for his wrongful conviction -- $80,000 for each year he spent in prison.  "Thank God this wasn't a capital case," he said after a judge released him from prison early last month.

All in all, it has been a breathtaking series of events in recent weeks.  So where are all the nation's liberal media outlets -- CNN, the New York Times, and others who love to showcase abuses of power and miscarriages of justice?  Perhaps the case lacks an essential element for them: race.

Michael Morton is white, as was his wife.  So were the prosecutors who convicted him.  What's more, he was convicted in overwhelmingly white Williamson County by a jury that presumably was overwhelmingly white.  All of this is at odds with the favorite liberal media narrative about horrific miscarriages of justice -- that they're typically committed by white prosecutors and white juries who allegedly harbor a racial animus against hapless black defendants and other minorities.

How did things go so wrong in the Morton case?  Aside from questions of prosecutorial misconduct, a columnist for the Austin-American Statesman described a perfect storm of tragic events: prosecutor Ken Anderson had a fine reputation, wrote Alberta Phillips, and so the jury was too willing to believe him.

Moreover, they wanted to believe him.  It made everybody in the community feel safer that, with Morton in prison, "[n]o monsters lurked under our beds," Phillips wrote.

Bryan, the distraught juror, is surely not unique in her anguish over convicting an innocent man.  Her reaction reflects a bedrock value in America's criminal justice system and, indeed, Western culture.  "Better that ten guilty persons escape than that one innocent suffer," observed famed English jurist William Blackstone.

Blackstone's 10-1 formulation has biblical underpinnings -- Abraham's argument with God over the fate of Sodom.  "Will you consume the righteous with the wicked?" Abraham asks, and then presses that point, saying: "What if ten [righteous] are found there?"  God replies: "I will not destroy it for the ten's sake."  It's a concept that's hardwired into our culture and the expectations of ordinary Americans.

Liberal media outlets may find the Morton case dull -- not worthy of any showcase stories because in their minds, it fails to illuminate deeper problems in American society.  But the perfect storm of events leading to Morton's conviction will continue to play out for months in Texas, out of sight and mind of liberal media outlets that cannot further their political agendas by covering the story in a big way.  It would be another matter entirely if Michael Morton was black.

It's another sad aspect of this case.

For a YouTube clip of Morton being released by a judge on October 4, 2011 in Georgetown, Texas, click here.  For a TV news clip of distraught juror Lou Bryan discussing her role in convicting Morton, click here.