Ben Franklin's essay, "On the Price of Corn and the Management of the Poor," directly responds to President Obama's jobs proposals.  And indeed, it nearly encapsulates the entire message we conservatives have for our president on the matter of taxing the wealthy and addressing poverty.

Suffice it to say, Benjamin Franklin would have been among the vilified rich today.  He was a private landowner who wanted the British government to leave him to his own successful devices.  But his critics in the king's press negatively branded him a wealthy "Farmer" (which could be considered equivalent to the term "corporate fat cat" by 18th-century standards) and was called upon to pay his "fair share," via depressed pricing in a government-controlled market, to see that the beleaguered "Manufacturers" could be uplifted.

And as our modern-day wealthy Americans have been criticized for the lavish spending on corporate jets and the like, so too was Franklin.  In response to the charges vilifying the usage of his own personal property and money, Franklin retorts:

Are we Farmers the only people to be grudged the profits of honest labour? And why? One of the late scribblers against us gives a bill of fare of the provisions at my daughter's wedding, and proclaims to all the world that we had the insolence to eat beef and pudding! Has he never read that precept in the good book, Thou shalt not muzzle the mouth of the ox that treadeth out the corn; or does he think us less worthy of good living than our oxen?

Indeed, why does Mr. Obama seek to extract more wealth from only the "wealthy"?  Are not other economic classes to share in the burden, despite his incessant calls that all Americans equally counteract our economic crisis by paying our "fair share"?  And is the wealthy American less entitled to reap the fruits of his labor than the middle class or the poor?  Well, as Mr. Franklin would likely be disheartened to hear, this has become decidedly so given our modern, heavily progressive income tax.  But that does not make it any more right in the eyes of reasonable men.

And what would Obama prefer?  Would he rather that wealthy Americans not spend their money as lavishly as they earn it?  Franklin asks:

The Farmers live splendidly, you say. And pray, would you have them hoard the money they get? Their fine cloaths and furniture, do they make them themselves, or for one another, and so keep the money among them? Or do they employ these your darling Manufacturers, and so scatter it again all over the nation?

Ah, this brings us to the quick of Obama's condemnation of the wealthy.  Jobs.  Rich people are 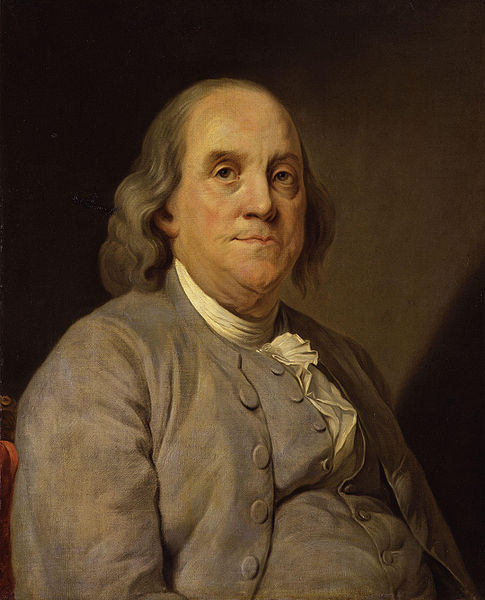 not creating jobs right now, he says.  But with increased profits comes the increasing seizure of personal property and money, so where is the incentive?  Steve Wynn of Wynn Resorts says that Obama's "tax the wealthy" rhetoric does nothing to incentivize business to invest or spur new hiring.  In other words, as Franklin explained to his government:

Having yourselves thus lessened our encouragement for raising sheep, you curse us for the scarcity of mutton!

You say, poor labourers cannot afford to buy bread at a high price, unless they had higher wages. Possibly. But how shall we Farmers be able to afford our labourers higher wages, if you will not allow us to get, when we might have it, a higher price for our corn?

An interesting question.  The English government artificially depressing the price of crops and forcing wealthy landowners to sell at that lower price is not unlike our government simply taking more from the rich through tax legislation.  How can wealthy employers afford the higher wages and benefit packages set by unions and federal regulation when our government will not allow business owners a right to keep, when markets dictate that they might have it, more of their money for having done so?

And in response to the government dictating when a businessman has "made enough money," Franklin laments:

But, it seems, we Farmers must take much less so the poor may have it so much cheaper.

This operates, then, as a tax for the maintenance of the poor.

There can be no question of this today.  Our president suggests that our modern "Farmers" keep less so that the poor may take more, undisguised as a "tax for the maintenance of the poor."  The public aim of his proposed tax hike is "to give hundreds of thousands of disadvantaged young people hope and dignity while giving their low-income parents 'ladders out of poverty.'"

But is administratively shifting wealth from rich to poor the best means to uplift the poor from their lives of poverty?  Benjamin Franklin gives us his unabashed opinion on the matter:

I am for doing good to the poor, but I differ in opinion of the means. I think the best way of doing good to the poor, is not making them easy in poverty, but leading or driving them out of it. In my youth I travelled much, and I observed in different countries, that the more public provisions were made for the poor, the less they provided for themselves, and of course became poorer. And, on the contrary, the less was done for them, the more they did for themselves, and became richer.

Barack Obama has formed his entire platform of social justice on the very opposite principle.  So would Benjamin Franklin be surprised that Obama's social and economic policy of expanding entitlements for mere existence has failed miserably, yielding an unprecedentedly high level of poverty?  I would wager not.  What he might tell Mr. Obama is precisely what he told the king of England over two centuries ago:

In short, you offered a premium for the encouragement of idleness, and you should not now wonder that it has had its effect in the increase of poverty.

Benjamin Franklin was an industrious and brilliant liberal of his time, a man not only responsible for creating personal wealth, but in part responsible for creating the wealthiest nation on Earth.  Yet we have seen Americans disavow his longstanding wisdom to embrace an ideology wholly contrary to our founders', peddled by a modern-day liberal academic who has created no true wealth, but only sought to redistribute it -- all with clearly detrimental results.

Franklin's acumen for understanding human nature transcends time, and we would do well to heed it.  More stimulus is not what is needed, nor will it be beneficial to further tax the wealthy.  We must reform our governmental structure of broadly encompassing economic entitlements and regulation.  Only then will "industry ... increase, and with it plenty among the lower people; their circumstances will mend, and more will be done for their happiness by insuring them to provide for themselves, than could be done by dividing all your estates among them."