Warning: mysqli_free_result() expects parameter 1 to be mysqli_result, bool given in /var/www/html/americanthinker/admin/common/functions/func.general.php on line 126
 What Liberals Fear More Than Obama Losing - American Thinker
|

The left are now wringing their hands fearing their agenda is overripe, blaming everyone else for their own spoiled pickling.  While Obama's sinking prospects for re-election are disquieting, the real source of liberals' despair is their sudden, unexpected realization that the progressive agenda is dead in its tracks and will likely be in full retreat after 2012.

Obama is finished, but the demise of their identity politician is neither the main event nor surprising.  He was a lame duck after he returned from Copenhagen empty handed in September 2009, expecting the mere presence of his electro-magnetic glow would secure the 2016 summer Olympics for Chicago.

He cannot claim a single success.  His resume is a bibliography of failure.  His signature achievement, the dubious namesake ObamaCare,  was designed by someone else.  Its central feature, the individual insurance mandate,  is destined to be overturned by the Supreme Court.

We will have our fill of post mortems, ad nauseam, about how The One broke their hearts; his considerable skills, now considered overrated,  were just no match for the enormity of the clean- up needed after Bush's mess; a victim of his opponents' entrenched racism.

Obama was only a convenient vessel, a mere tool. But enough about Obama; even the Congressional Black Caucus is ready to Move On.

The end of the Progressive Era, eclipsing Obama, has come from two places -- one fiscal and pragmatic, the other ideological and visceral.  First, the debt crisis and persistent economic woes have made it clear that the progressive agenda is unaffordable and unsustainable.  The money pumps in the forms of more borrowing and taxes cannot possibly keep up with the tons of green water spending coming aboard. 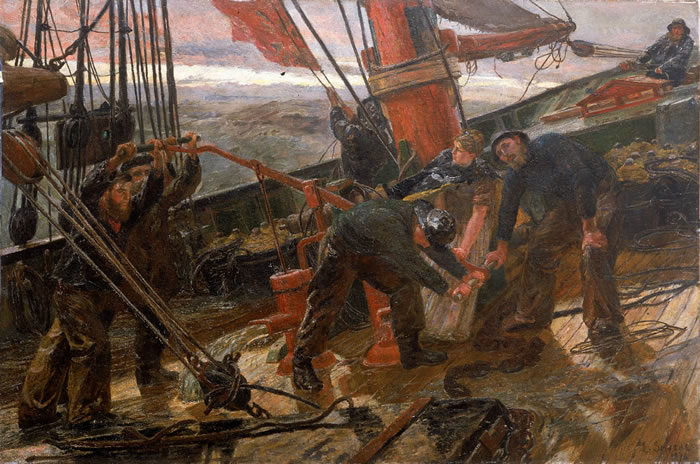 Second, beyond the limited government ideology now gaining real traction, Americans without an ideology are finding that central planning madness from Washington is making their lives worse, not better.

The tipping point provoking the libs' worst nightmare was contained in Rick Perry's speech announcing his candidacy to be the Republican nominee for president.  Perry proclaimed his mission was not to make government more accountable, effective, or efficient -- that's standard issue bromide from populist reformers.  No, Perry was bold enough, and as his critics will assert reckless, to suggest government should be irrelevant -- his words "as inconsequential to your lives as possible."  This may be the most radical anti-government posture since Calvin Coolidge, leaning on the likes of Lord Acton:

The liberal press are frightened out of their wits.  Whether Perry is an authentic purebred limited government advocate may be debatable.  No matter, he's close enough.

Perry's credibility as a governor, his disdain for Washington, his unapologetic and outspoken defense of conservative principles, his jobs and business climate record, all despite occasional lapses and rhetorical excesses -- in short his popularity and substance overcoming his defects -- make him the candidate the Dems fear most.  Perry, more ruthless, pragmatic, and plain spoken than any of his rivals is the most likely to lead the coming dismantling of the federal government monstrosity.

It is a formulation of a brand of current conservative thinking that breaks radically with two centuries of American history. There is no mission - other than defense against foreign foes - that is the proper task of Washington...

To argue that there is nothing of moment that Washington should be doing marks a version of that argument that is nothing short of astonishing.

Read all of it here.  Greenfield seems to believe whatever the federal government does is equally momentous -- fighting wars, ending slavery, enabling westward expansion beyond the Alleghenies, and mandating rules on low flow toilets and energy saving light bulbs.  Greenfield commits the increasingly commonplace liberal fallacy of conflating real with surreal.  How absurd to suggest that by rejecting job killing global warming taxes and denouncing EPA regulations crippling business expansion and economic growth, Perry would also have opposed the Homestead Act and desegregation.

It doesn't require a PhD in economics or history to sort out the origins of the progressives' inevitable downfall.   During the past 60 years we've rung up deficits in 51 of them.  Democrats controlled both the US House and Senate in 38 of those years.  The Democrats, increasingly  dominated by the ideology of redistributive economics, welfare state largesse, and central planning elitism,  have simply engorged themselves without restraint, spending us into oblivion.

Spend, spend , spend some more...of someone else's money. Then threaten to take more of it while libeling those who protest financing this bottomless pit.

The liberal vision of the ideal state is fat, sloppy and lazy.   Why exert yourself if someone else will buy you food stamps and school lunches?   Why bother learning to read, write, do simple algebra, or acquire any employable skills when you'll get free health care and subsidized housing?   Why eat right and keep fit when obesity and diabetes is a protected disability?

Americans are finally fed up with the Democrats' value system:  no personal accountability; moral equivalence; belief that success is derived from exploiting everybody else; everybody else is a hapless victim; we are all racists and xenophobes, consigned to endless acts of contrition where reparations and open borders would be the only relief.

Here's a story of a public school janitor describing the obscene waste in his school's cafeteria.  An apt metaphor for the trillions of social program spending since LBJ's Great Society:  taxpayer dollars shoveled onto a compost pile with nothing to show for it.  Far from a bed of roses, instead fostering a culture of depravity, dependency, and entitlement.   The writer of this piece wonders out loud what many of us think in private.  Is poverty real with such bounty?   Certainly poverty of spirit is real.  We are an impoverished nation when it comes to intellectual honesty, denying that self- reliance and sweat equity, not government handouts, enabled American exceptionalism.

The liberal legacy soon to visit America has been displayed writ large in the London rioting.  The consequences of the welfare state combined with illiteracy and a moral vacuum were predicted nearly 50 years ago by Daniel Patrick Moynihan's infamous "Report", The Negro Family: The Case For National Action. Moynihan focused his attention on urban black society, the fatal breakdown of the family unit, and was vilified by the left for doing so. Moynihan's insights should not confined to the black community. His observations would equally apply to Britain today and throughout much of post-modern America.

Today's black unemployment rate ranges from 20-40% depending on who's counting and where. What have the trillions devoted to our welfare state achieved for them? More illiteracy, more broken single parent families, more crime, more dependency, more rage. And now, we're bankrupt. What next?

What next is not more of the same. The welfare, entitlement and central planning state is a perpetual resource sink paying no dividends.  Flush Obama and turn out the lights on the Progressive Century.  The party is over.