Warning: mysqli_free_result() expects parameter 1 to be mysqli_result, bool given in /var/www/html/americanthinker/admin/common/functions/func.general.php on line 126
 The Progressive Mask Slips - American Thinker
|

July 9, at the Aspen Institute's Ideas Festival, a mask slipped, and the event was recorded on video.  We get a fascinating glimpse at hardball politics inside the progressive left, as a quiet network of leftists seeks to supplant part of the Democrat Old Guard, step by step.

Jonah Edelman, director of Stand for Children, and son of Peter and Marian Wright Edelman, spoke at a seminar on education reform.  He was caught bragging (see video -- embedded below) about his involvement in undermining teachers' unions in Illinois.

It may look like business as usual for so-called education reformers to use lobbyists, PAC money, and influential politicians like Rahm Emanuel to get their agendas enacted, but Edelman gives us invaluable insight into the inner workings of a leftist's hardball approach to the opposition, in this case the unions.  The end result was a power shift in the education platform.

Edelman operates out of Oregon, where he helped create SFC in 1996 with his mother, who is well 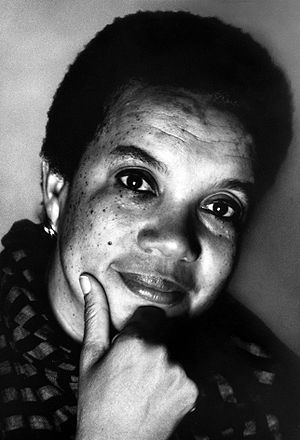 -known as the founder of Children's Defense Fund.  Politicians and non-profits have lauded Marian Wright Edelman since she began her program in 1973.  The fund proved to be a very lucrative venture for Marian, who studied under Marxist Howard Zinn in the '60s.  Zinn even sponsored her on a summer trip to the Soviet Union as an undergraduate at Spellman College.

In the July 2011 video, Jonah Edelman speaks about a breach between the usual Democrat ranks and the teachers' unions in Illinois.  Education reform has taken on a new way of doing business in the past few years.  Ever since Obama came onto the scene, teachers and their unions have been in the crosshairs.

In a press conference pushing his stimulus bill in February 2009, Obama brought up education.  "But we're also going to need more reform, which means that we've got to train teachers more effectively; bad teachers need to be fired after being given the opportunity to train effectively," he said, adding that "we should experiment with things like charter schools that are innovating in the classroom, [and] we should have high standards."

Obama mentioned "a wonderful new superintendent" (Michelle Rhee) in his national debate in October 2008 with John McCain to transform public education.  Since then Rhee has been at the forefront of creating a whole new brand of nationalized government schools: top-down management from the public sector combined with privatization through charter schools.  The new left hybrid uses venture philanthropist foundation money along with taxpayer money.

Jonah Edelman joins this new education model by offering his political savvy as a tool to help change power structures.  When the tape of Edelman was first released, it had a limited showing.  An anonymous scrubber quickly removed it from its original site.  Then a leftist public school teacher and activist, Fred Klonsky, put a link back up on his blog.  His brother Mike Klonsky, "Ayers' partner in the Small Schools Workshop dating back to 1991, briefly worked for Obama in 2008 as his education campaign blogger. When his Marxist-Maoist, SDS, fugitive past came to light Klonsky was thrown under the bus along with Reverend Wright and Ayers."

There's so much to this story -- too many names and complex networks to grasp the scope in a short article.  So, here are some highlights of the transcription of the video.

[James Schine Crown speaking] So into that maelstrom [Illinois teachers unions and "incremental pension reform"] walks Jonah Edelman. And you heard a little bit about Jonah, Stand for Children was organized, in, well I guess DC was the first place you worked, but it's based out of Oregon. And Jonah, through some mutual friends, approached several of us who had been working on this, to talk about how he thought maybe he could help make things different, and he was quite persuasive that he could. And so we'll move to having him explain exactly what that was.

[Jonah Edelman] And so our analysis was he [Michael J. Madigan, D-Chicago, Speaker of the Illinois House] was still going to be in power, and as such the raw politics of it were that we should tilt toward him. And so we interviewed 36 candidates in targeted races and essentially, I'm being quite blunt here, the individual candidates were essentially a vehicle to execute a political objective, which was to tilt toward Madigan. [snip]

So the press never picked up on it. We endorsed nine individuals, and six of them were Democrats, three Republicans, and tilted our money to Madigan, who was expecting that because of Bruce Rauner's leadership, and Bruce is a Republican, that all of our money was going to go to Republicans. That was really as show of, an indication to him, that we could be a new partner to take the place of Illinois Federation of Teachers -- that was the point.

Luckily, it never got covered that way. That wouldn't have worked well in Illinois. Madigan is not particularly well-liked. And it did work. [snip]

And so essentially what we did in a very short period of time was shift the balance of power. I can tell you there was a palpable sense of concern if not shock on the part of the teachers' unions in Illinois that Speaker Madigan had changed allegiance, and that we had clear political capability to potentially jam this proposal down their throats, the same way the pension reform had been jammed down their throats six months earlier. [snip]

So here's what ends up happening at the end of the day. April 12th, we're down to the last topic of collective bargaining. It's been saved for last. It's the hardest topic. We fully expected that we would, our collaborative problem-solving of three months would end, and we would have an impasse and go to war. And we were prepared. We had money raised for radio ads and our lobbyists were ready.

Well, to our surprise, and with Rahm Emanuel's involvement behind the scenes, we were able to split the IEA from the Chicago Teacher's Union. [snip]

We'd done our homework. We knew that the highest threshold of any bargaining unit that had voted one way or the other on a collective bargaining agreement, contract vote was 48.3%. The threshold we were arguing for three quarters. So in effect they wouldn't have the ability to strike even thought [sic] the right was maintained. [snip]

So in the end game the Chicago Teachers Union took that deal misunderstanding probably not knowing the statistics about the voting history, and the length of day and year was no longer bargainable in Chicago. And we insisted that we decide all the fine print about the process. She [Karen Lewis, head of Chicago Teachers Union] was happy to let us do that. [snip]

[The result]The unions cannot strike in Chicago. They will never be able to be able to muster 75% threshold necessary to strike.

This video shows Jonah Edelman's ability to work the system by scamming the opposition.  Somewhere in the process of his moral development, Jonah Edelman learned that this was honorable enough that it could be a public boast.

Here is the video: