Warning: mysqli_free_result() expects parameter 1 to be mysqli_result, bool given in /var/www/html/americanthinker/admin/common/functions/func.general.php on line 126
 Campaign 2012: Are We Over 'The Black Thing' Yet? - American Thinker
|

My fellow Americans, in regard to the U.S. presidency, please tell me we are over "the black thing."  Can we move past race and gender and simply elect the best American for the job?

Due to liberal media manipulation and guilt, America elected an incompetent black guy as leader of the free world to prove that we are not racist.  Obama's black skin has made him untouchable, the left's dream tool to further their socialist agenda. Once America gets over "the black thing", will the liberal media demand we elect Hilliary to prove we are not sexist?

How long will it be before the liberal media demands that we elect our first openly gay/lesbian president to prove that we are not homophobic?

I believe that the novelty of a black guy in the White House is over -- been there, done that, got the historic Obama (false) Hope & Change t-shirt.

I hereby proclaim the season of Presidential Affirmative Action over!

Funny how the liberal media and their far-left buddies deal with blacks and women.  You need to understand that the left's progressive/socialist agenda trumps everything.  Thus, race and gender are highly effective tools used to further their agenda.

If you are a black liberal, the left gleefully views you as a poor victim of a racist America. Quoting Obama's pastor, Rev. Wright, "Barack knows what it feels like to live in a country controlled by rich white people". The left demands that standards be lowered and government entitlements be gifted.

So, you can understand why my stomach turns when the liberal media and their far-left buddies are lauded for their superior compassion and tolerance for blacks and women.

The left celebrates liberal blacks and women while engaging in the high-tech lynching of conservative blacks and women.  It is quite simple, folks.  If you are a minority confident enough to be a self-starter and you love your country, you are on the left's excrement list.  Leftists embrace only victims.  Why?  Because it fits their desire to believe that America sucks and is the greatest source of evil in the world.

I realize that what I am about to say will make a lot of folks angry.  Well, I am sorry, but it is the truth: black voters behaved like a bunch of racists in the 2008 election.  Obama got 96% of the black vote with surveys proving that many blacks were clueless about Obama's intentions and even his running mate.  Some black Obama voters thought his VP was Sarah Palin.

Yes, we blacks have suffered greatly in the past due to racism.  But to exploit America's original sin of slavery as a license for black racist behavior is a slap in the face to MLK and all who have sacrificed, suffered, and died to move us forward and together as a nation.

Race-profiteers love to opine about America's racist roots and the eternal debt owed to blacks.  They completely ignore the fact that decent, God-fearing Americans corrected those evils.  Apparently, these race-profiteers are unaware of the Civil War.  Approximately 40,000 blacks died, 320,000 whites died, and 275,200 were wounded fighting to end slavery.

So, America, despite what the liberal media and race-profiteers say, your debt to black Americans is paid in full.  You elected the first affirmative action president.  Rah-rah, congratulations!  Now, can we please, this time around, elect the best candidate for our country?

The presidency of the United States of America is far too important to the world to be decided by silly surface nonsense such as race or gender.  Never again can we allow the liberal media to select our president based on whose "turn" they think it is -- Asian, Muslim, gay, lesbian, or whatever.

I am black. I want the best American leading our great country.  I want the horrific assault on our freedom called Obamacare repealed!  I want a conservative presidential candidate who is well aware of the evil confronting us and is boldly and eagerly up for the battle.

Folks, the left/liberal media will never retire the race and gender cards.  Both cards have proven extremely powerful and effective.

The liberal media will always "blame America first."  Though powerless over changing the liberal media, we have total power in our response to them: no pandering, appeasing, or fearing them.  We must simply ignore their propaganda and defeat them.

The year 2012 is not just another presidential election.  It is the most important presidential election in the history of our country.  Obama is destroying America, plain and simple.  Four more years under the lawless reign of this divisive, evil man will land a serious deathblow to the heart of America as we know it.

We need a hero, folks.  Regardless of race or gender, we need the best American in the White House -- someone who is "champing at the bit" to clean up Obama's mess! 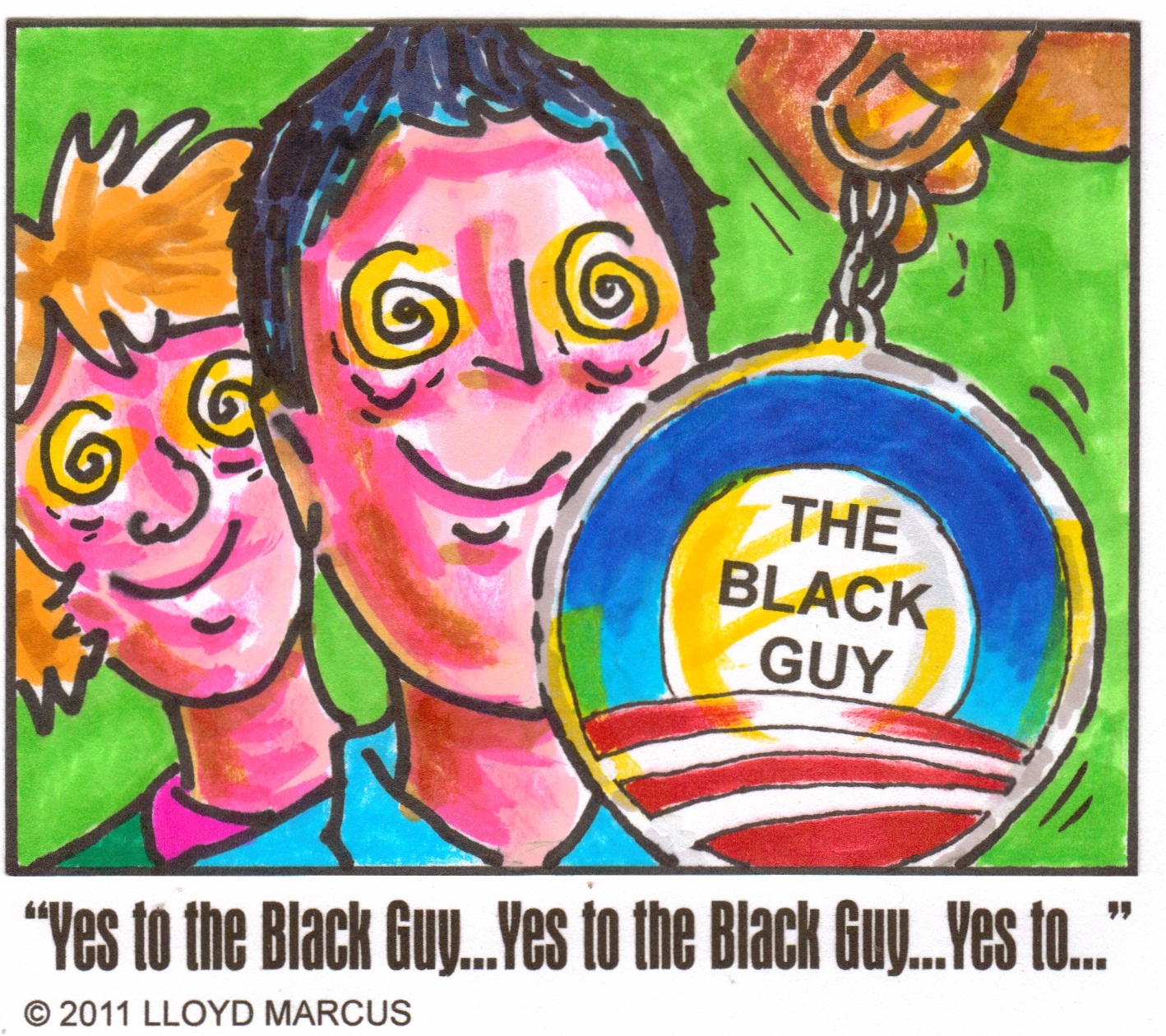 Lloyd Marcus is a proud Unhyphenated American and the vice chair at www.CampaignToDefeatObama.com.