I recently had another cherished chat over the phone with my 84-year-old black dad.  He lives in Maryland.  I live in Florida.  Dad, sharp as ever, still pastors four churches.  He also volunteers a few days a week teaching at an elementary school.

Dad told me about an outrageously unruly and disruptive little boy in his class.  Dad said, "Every time I take him to the office for discipline, they do nothing and send the disobedient child back to my class."  Dad jokingly said, "Does this kid have something on you guys?  Why do you keep letting him off scot-free?"
Dad, the answer to why the school is not administering discipline is liberalism.
Excited, I thought, "This is a great opportunity to talk to dad about the evils and failure of liberalism which is the ideology of his idolized black president, Obama."
Dad is a strong Christian who lives by conservative principles and values.  And yet, he always votes Democrat.  Dad is old school in his political beliefs; Democrats are for the little guy.  Republicans are rich, white, and racist.  Dad is clueless to the fact that the leadership of his beloved Democratic Party has been hijacked by the far left.  Blind to his own racism, Obama is Dad's hero solely because he is black.
Perhaps, my explaining how liberalism hurts people will give Dad a better insight into why his first born is a black conservative Republican and does not share his admiration for the first black president.  Thus, I am, excuse the pun, the "black sheep" of our black family. 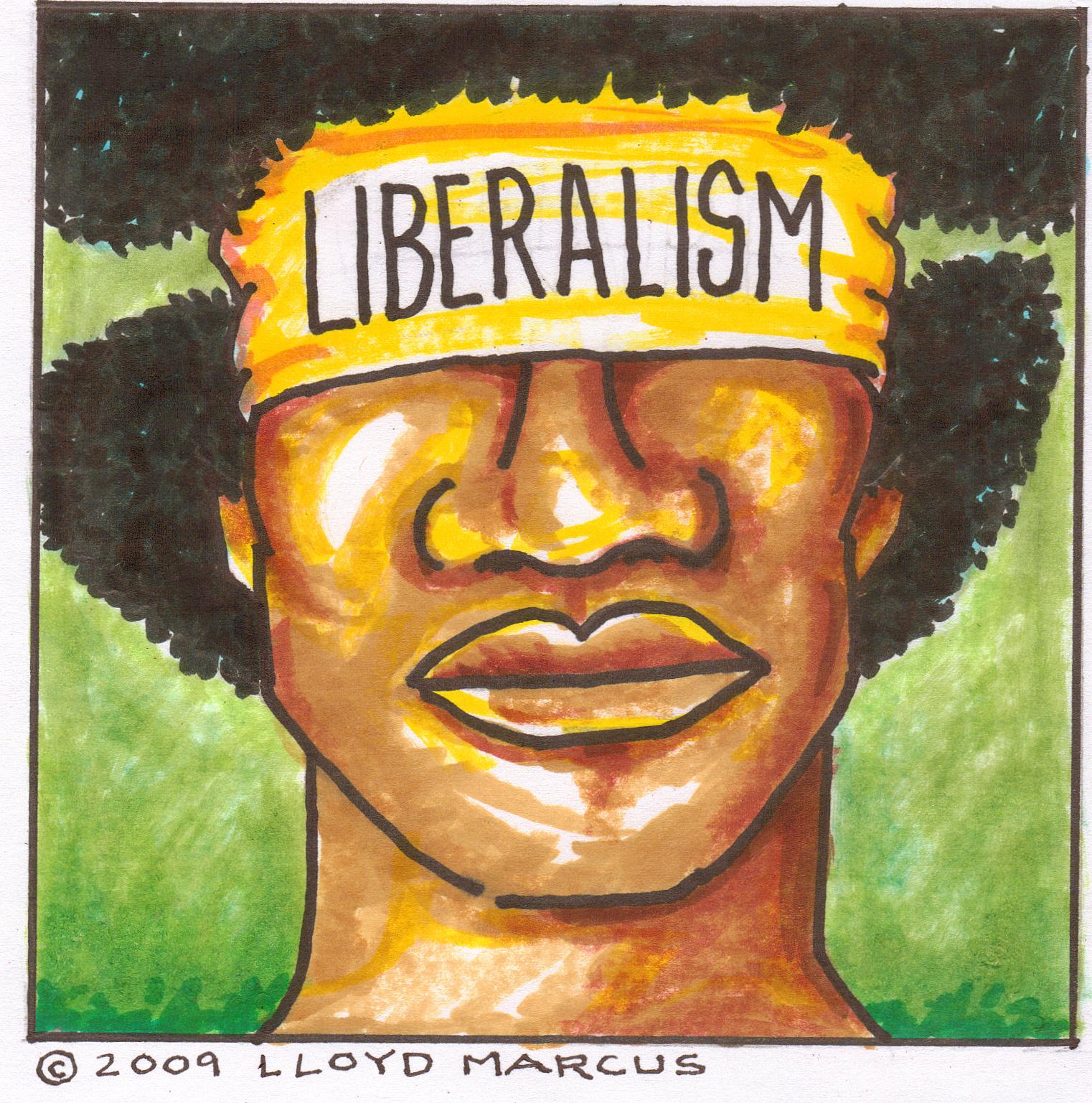 A part of me wants to say, "Dad, what on earth is the matter with you?  Snap out of it!  As a Christian, how can you justify your almost idol worship of Obama whose policies go against your Christian principles and values?  Does your loyalty to skin color override your commitment to Christ?"
Call me wimpy or old fashioned, but confronting my dad straight up feels disrespectful.  Also, attacking Dad's superhero directly would be unfruitful.  I must take a more stealth approach to educating Dad about the truth of Obama's destructive agenda.  I thought, "I will attack liberalism rather than Obama."
Confidently, I stated, "Dad, liberalism is black America's greatest enemy.  Allow me to explain how liberalism sounds compassionate, but in reality, is extremely destructive, counter to the human spirit and is destroying our great country.  I give you Liberal Dad vs Conservative Dad."
One morning Liberal Dad says to his little boy, "Wake up Johnny, time for school."   Johnny whines, "Dad, I don't want to go to school.  It is hard and not much fun.  The kids are mean!"  Liberal Dad replies, "You're right son.  I feel your pain.  You can stay home."
Conservative Dad would say, "Jonathan Brandon Whatever, the third, you get your butt out of that bed and get ready for school this instant!  I realize school can be difficult.  I'll speak with your teachers and join the PTA.  Your future success and happiness depend upon you acquiring a good education.  I am forcing you to go to school because I love you!"
Which father displayed the most "true" compassion?  Answer: Obviously, Conservative Dad.
I continued explaining to my dad how liberalism tends to be about instant gratification and being generous with other folks' hard-earned money.  So, you're an immigrant desirous of reaping the benefits of U.S. citizenship.  Liberals say we totally understand you choosing not to trouble yourself with taking the legal path to citizenship, just sneak across our border.  Liberals condemn all enforcement of U.S. immigration laws as being racist and cruel.  And, God forbid we conservatives dare hold anyone accountable for bad behavior.  Liberals accuse us of being "holier than thou."
I told Dad how 50% of black males are not graduating high school.  Why not?  A high school education is free.  Again, the problem is liberalism which encourages a breakdown in standards and morals.  Yes, I said morals.  Don't paint me as a Bible thumping fanatic for mentioning the liberal-hated "M" word.
In the 1950s when racism truly was a problem for blacks in America, most black kids grew up in two parent homes.  Today, after 60 years of liberal Democrat entitlement programs, most black kids are growing up in fatherless homes.  No matter how you slice it, something is seriously wrong in the black community.  And it has nothing to do with white folks nor Republicans.
These fatherless black boys make babies and join gangs.  Typical of liberal screwed up thinking, I heard a PhD on TV say, "There is nothing a father can teach his son which the child cannot learn from his single mother."  I thought, "Good lord, this woman went to college to learn this crap!"  Newsflash libs: males crave male bonding and leadership.  Why do you think they join gangs?  This is not rocket science!
Liberal entitlement/welfare policies are exploitative.  They encourage a destructive cycle of out of wedlock births and government dependency.  Sadly, these poor souls created by government to be insecure in regards to their ability continue to vote Democrat to keep the freebies coming.
History confirms Americans respond swiftly, enthusiastically, and cheerfully to lending a hand to neighbors in need domestic and foreign.  Regardless of liberals' anti-America rhetoric, we are the most generous nation on the planet.  We have no problem with government providing a safety net.  We do disagree with folks turning the safety net into a hammock.
Despite his black son being active in the movement and even writing and performing the "American Tea Party Anthem," for crying out loud, Dad believes the tea party is racist.  Yes, he believes the NAACP, CNN, and the other liberal media over me.  Still, I interjected in our conversation how the tea party is about rejecting liberalism and has nothing to do with race.
Without directly attacking his hero, Obama, I believe my conversation with my dad ended with him a little more enlightened to the evils and failures of liberalism.  Excellent!
Lloyd Marcus, Proud Unhyphenated American
"Campaign To Defeat Barack Obama 2012" -- please join us!
Please sign and encourage your friends to sign this petition at http://www.ipetitions.com/petition/1milliontodefeatbarackobama/
LloydMarcus.com
Spokesperson & Entertainer of Tea Party Movement & Tea Party Express.
The American Tea  Party Anthem CD/album.
Confessions of a Black Conservative, written by Lloyd Marcus & foreword by Michelle Malkin
President, NAACPC (National Association for the Advancement of Conservative People of ALL Colors)
Join Lloyd Marcus Facebook Page
Tea Are The World, "Taking Back America" The Making of Documentary... The MUST SEE Tea Party Historic Conservative Music Event!
|