Warning: mysqli_free_result() expects parameter 1 to be mysqli_result, bool given in /var/www/html/americanthinker/admin/common/functions/func.general.php on line 126
 Inflating Our Way to a Government-Controlled Economy - American Thinker
|

Inflating Our Way to a Government-Controlled Economy

By Lee DeCovnick
Spiraling food prices, record energy costs and federally mandated health insurance reflect this Administration's slavish ideological devotion to the centralized planning of key sectors of the American economy. So, what are the current results of Obama's indoctrination of America into progressive collectivism? Global food costs have risen an astonishing 29 % in the past year, and almost 4% a month between October and January of 2011.  Retail prices for gasoline have doubled in the 26 months since Obama was inaugurated. And the Democratic majorities in Congress passed a mandated health insurance bill that is not only unconstitutional, but also riddled with exemptions, political payoffs while adding 159 new boards, commissions and programs.
The current quagmire of budget deficits coupled with the viral growth of the federal government continues to be carefully planned and executed.  We can especially thank the silent and complicit MSM for allowing this radical Administration and Obama's handpicked shadow government, the thirty-nine unconfirmed czars now running the Federal bureaucracies, to eviscerate trillions of dollars of earned capital. The Marxists' natural enemy, the professional capitalists  (the American "bourgeoisie" in classic Marxist terminology) are rapidly losing significant chunks of disposable income to inflation and energy prices without a formal tax increase. The first and second quartiles (the two lowest socio- economic populations) are more far more dependent on government subsidies then 26 months ago. Plus the federal government last week plummeted an additional $7.7 billion deeper into debt each day.
Honestly, the Marxists and progressive collectivists who populate the senior levels of this Administration could be popping Veuve Clicquot nightly in celebration of their wildly successful, ongoing financial dismemberment of upper middle class of America.
Here are two photos that refute the USDA propaganda  that inflation in food costs will only increase 3% to 4% in 2011. 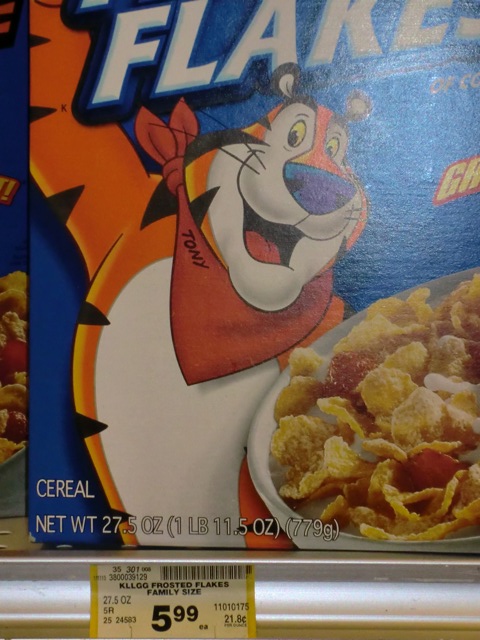 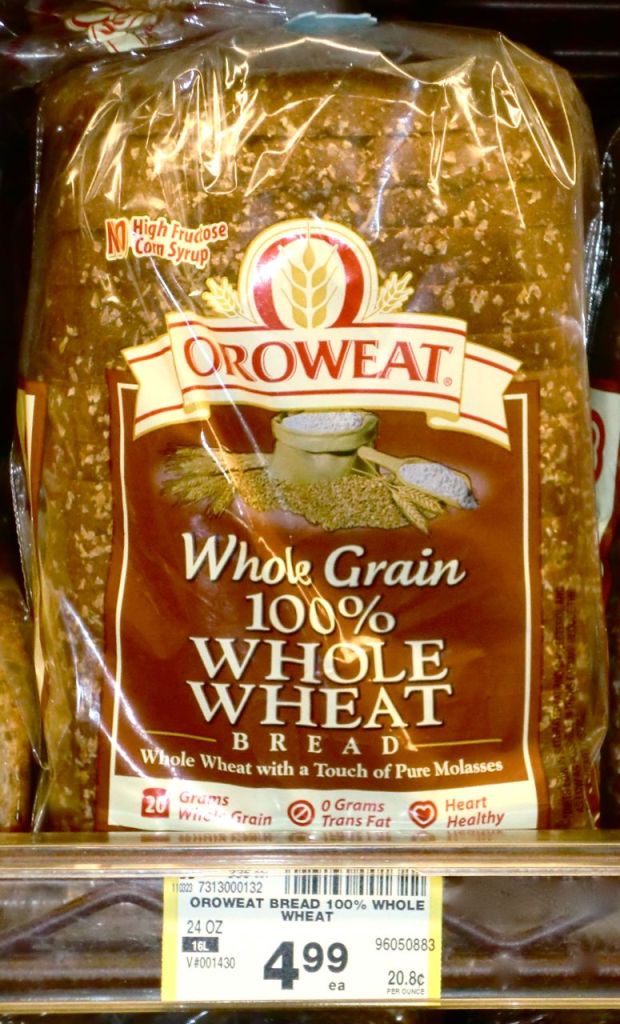 Yes, five dollars for a loaf of bread and six dollars for a 27.5 ounce box of corn flakes plus a few tablespoons of sugar.  How absurd are these prices? Yuban coffee costs 24 cents an ounce, Frosted Flakes now costs 21.8 cent an ounce, and a loaf of bread runs 20.3 cent an ounce.
The World Bank's brief account of February 2011 maize (corn) prices reminds us that seemingly good intentions can easily subvert a great nation and its food supply.

Maize prices have increased sharply and are affected by complex linkages with other markets. In January 2011, maize prices were about 73% higher than June 2010. These increases are due to a series of downward revisions of crop forecasts, low stocks (U.S. stocks-to-use ratio for 2010/11 is projected to be 5% the lowest since 1995), the positive relationship between maize and wheat prices, and the use of corn for biofuels. Ethanol production demand for corn increases as oil prices go up, with sugar-based ethanol less competitive at current sugar prices. Recent United States Department of Agriculture (USDA) estimates show the share of ethanol for fuel rising from 31% of U.S. corn output in 2008/9 to a projected 40% in 2010/11.

Read that stat one more time. "In January 2011, maize prices were about 73% higher than June 2010." That is a jaw-dropping annual inflation rate of 146%, for the most basic of food commodities. Corn also feeds cattle as well as making Frosted Flakes. Also,  "Recent United States Department of Agriculture (USDA) estimates show the share of ethanol for fuel rising from 31% of U.S. corn output in 2008/9 to a projected 40% in 2010/11." Why does anyone think that harvesting food crops for fuel is a good idea?
We can no longer waste newsprint or electrons on whether this Administration and it's appointed political thugs are incompetent, naïve or Machiavellian. They are all of the above as it suits their purposes. Those purposes, after 26 months in office, are undeniable.
Using the silent complicity of the MSM, these progressive collectivists want an uncontested control of the six key sectors of the American economy: food, energy, healthcare, auto manufacturing, higher education and non-military government workers.  Why this headlong plunge toward the centralization of planning and production? What is the end game?
From eHow.com, a very concise paragraph on economic models points the way:

The Marxist economic model is based on the economic and sociopolitical theories of 19th-century philosopher Karl Marx. Marx proposed that all human struggles could be traced back to the capitalist system and its unequal distribution of private wealth. The Marxist model of economics seeks to correct social and economic inequalities through public confiscation of private property. [the redistribution of wealth] This model supports a completely public economy, in which the state controls and manages all wealth and property for the benefit of people rather than for profit. The Marxist socialist model eventually -- if implemented according to Marx's design -- gives way to a completely classless system known as communism.