By Steve McCann
The government in Washington D.C. seems to be going out of its way to obfuscate and confuse the American citizens as to various economic factors and what the reality is of the situation the people find themselves in.  Instinctively the people know matters are worse than what they are being told and with the most incompetent and unscrupulous resident of the White House in the country's history in charge there is great unease that their government is not being honest with its citizens.  More than ever the American people deserve to be told the truth.
Among the most confusing of statistics is the unemployment rate.  The government adjusts for "seasonal factors", those who have supposedly dropped out of the labor force and some who are collecting or not collecting unemployment benefits.  The result of these adjustments is a number no one accepts as reality.
There is one simple way to look at the job situation that, while not 100% scientifically accurate, does reflect the real employment situation.
In 2000 the population of the United States was, per the US Census, 281,421,906.  In that same year the US Payroll Employment: Total Non-Agricultural was 130,781,000 or 46.6% of the population.  The Bureau of Labor Statistics showed an unemployment rate then of 4.0%.  Thus full employment in 2000 would have been 136,000.000 people or 48.3% of the population.
The most recent national census completed in April 2010 revealed the population of the country had increased to 309,745,538.    In the same month of 2010 the US Payroll Employment: Total Non-Agricultural was 129,750,000 or 41.5% of the population.   Per the full employment factor of 48.3% in 2000 there should be a full employment labor force of 149,607.000 in 2010.
Therefore using the actual payroll employment of 129,750,000 in 2010 versus the theoretical full employment of 150,226,000 the employment rate is 86.4%.  Thus the unemployment rate is 13.6% as compared to the factors extant in 2000, the year of the last national census.
Essentially the unemployment rate is a statistical variable based on input and can be manipulated; however the bottom line is: over the past decade payroll employment has dropped by 1,031,000 while the total population has increased by 28,323,000.  Had the country maintained the same employment level as in 2000 there should have been 13,310,000 more people employed instead 14,331,000 jobs were lost or not created.
The US Census Bureau estimates that by 2020 the population of the United States will be 342,000,000, an increase of 33 million versus 2010.  Therefore to achieve the employment level established in 2000 by 2020 another 15,500,000 jobs will need to be created on top of the 14,331,000 lost in the previous decade.  Therefore nearly 30 million jobs or 3 million per year over the next 10 years must be established to achieve the levels experienced in 2000.
The bottom line and the only meaningful job statistic the American people should pay attention to: if the monthly job creation number is not at least 250,000 every month then the United States is going backwards regardless of any games played by the various government agencies and their data.
Another area of obfuscation is the true cost of living and the rising cost of commodities and industrial raw materials.
The worldwide commodities markets are in a turmoil brought about by the lower yields for food staples, the upheavals in the Middle-East, the beginning of an economic recovery in the rest of the world and the inflationary impact of the Federal Reserve quantative easing programs.  Some commodities such as cotton are up 140% over a year ago.
A key factor in the rise of commodity prices has been the decline in the value of the dollar.  As points of comparison over the past two years:  the Dollar has declined 16% versus the Japanese Yen, the Canadian Dollar by over 21%, and the Swiss Franc by 22%.
The best way to see the overall impact of commodity price increases is to track the various indices which contain a large basket of items within each category.  Since February of 2009 all the major indices are up significantly.  Despite the protestations of the Federal Reserve and the abandonment of fiscal responsibility of the Obama administration, these charts and the information they reveal will manifest themselves in the U.S. economy particularly coupled with the very real possibility of an oil cut-off form the Middle East.

This chart tracks the Agricultural Raw Material Index (increase 81% since 2009): 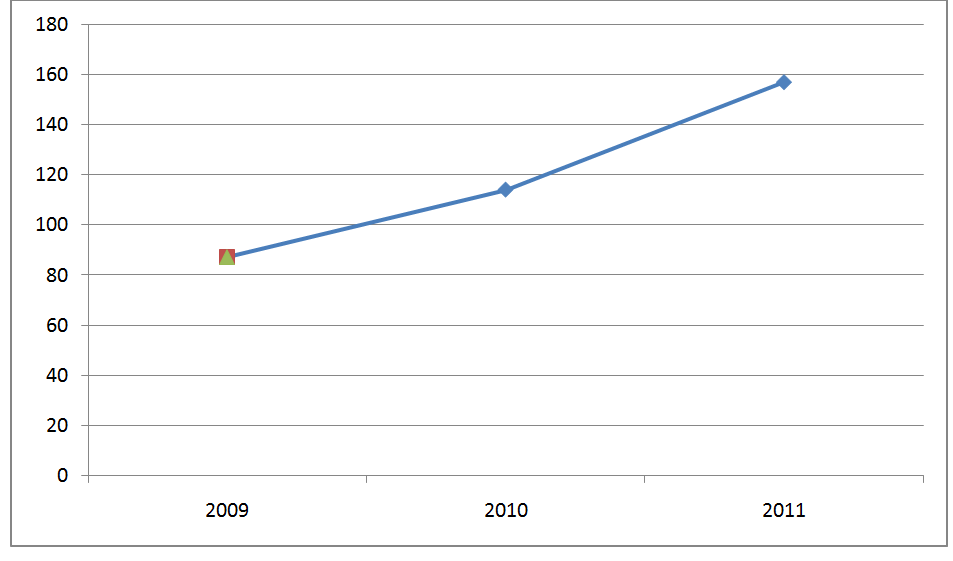 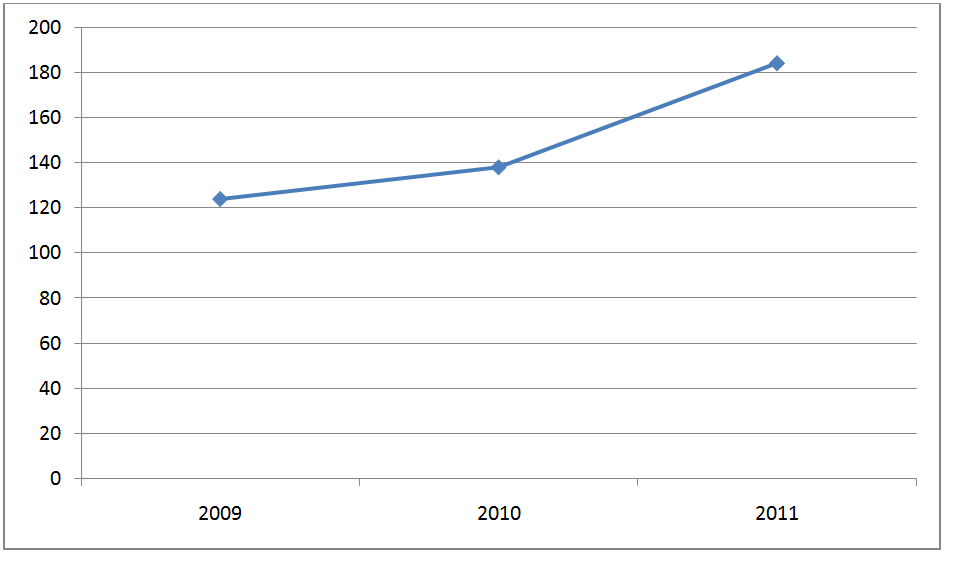 The most volatile index of all has been the Metals Price Index which has increased 137%: 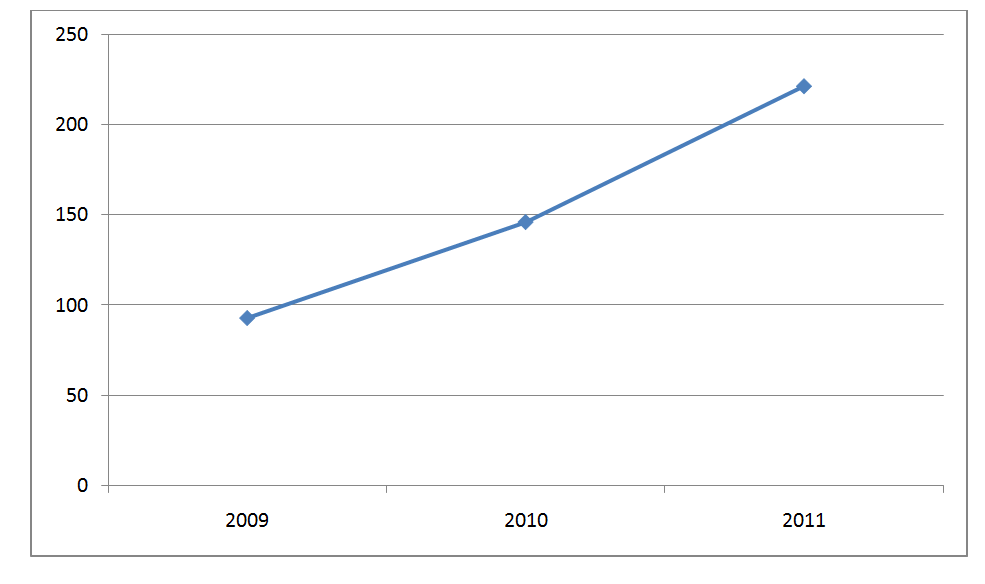 Lastly the Fuel (Energy) Index has increased 82% since 2009 but is destined to go higher: 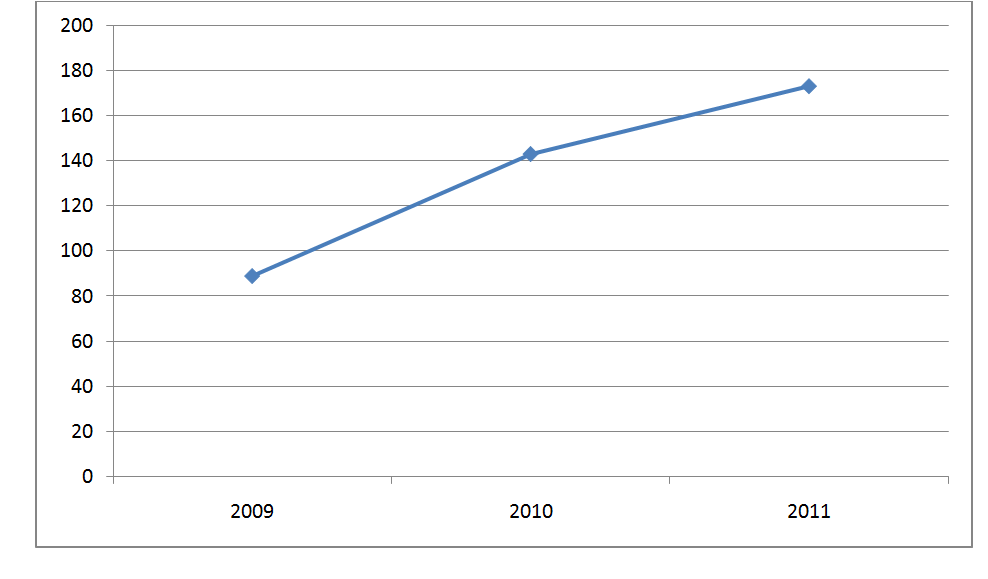 There is simply no way these factors will not impact the inflationary trend here in the United States in the immediate future, killing any chance for a recovery.  Rarely have all these indices been on such a sustained rise in such a short period of time, and unless there is another global recession they will continue to do so.  Already other countries around the world have taken steps to fight inflation while the Federal Reserve is still contemplating deflation and continuing with its quantatative easing program (essentially printing money) while the Obama administration throws fuel on the fire by proceeding with its profligate spending agenda.
The American people should pay attention to theses indices.  As long as these trends continue inflation will hit the shores of the United States regardless of any obfuscation or misreporting by the Government.
It is beyond time for truth telling in Washington D.C. as the economy begins to tip into another downturn that maybe further accelerated by the chaos in the Middle East.
|