Warning: mysqli_free_result() expects parameter 1 to be mysqli_result, bool given in /var/www/html/americanthinker/admin/common/functions/func.general.php on line 126
 Who Needs a Sputnik Moment? - American Thinker
|

Who Needs a Sputnik Moment?

By Ion Mihai Pacepa
Never in my worst nightmares did I expect to hear the president of the United States give voice to a dream of building "our generation's Sputnik moment."  For the privilege of becoming an American citizen some 32 years ago, I paid with two death sentences, both levied on me by one of those Soviet bloc countries that spawned the Sputnik era and later collapsed under its own weight.  From my vantage point, ObamaCare now looms over us with disturbing reminders of the Soviet bloc's Sputnik-era health care system.
Last November, an overwhelming majority of Americans rebelled against ObamaCare, fearing that it would generate an outrageously expensive and ineffective bureaucracy which would destroy the excellent health care that we have proudly enjoyed until now.  Our wealthy country thrives on a capitalist economy, and we are accustomed to measuring things in terms of cost and the quality of the product we get for our money.  But this greatest nation on earth, where "We, the People" have always been masters of our own lives, has never experienced a Sputnik-style society, and therefore most Americans have trouble predicting the long-term consequences of a health care system run by a Sputnik-era bureaucracy.  I've been there, and I know what would happen -- the future would be scientific stagnation and human degradation. 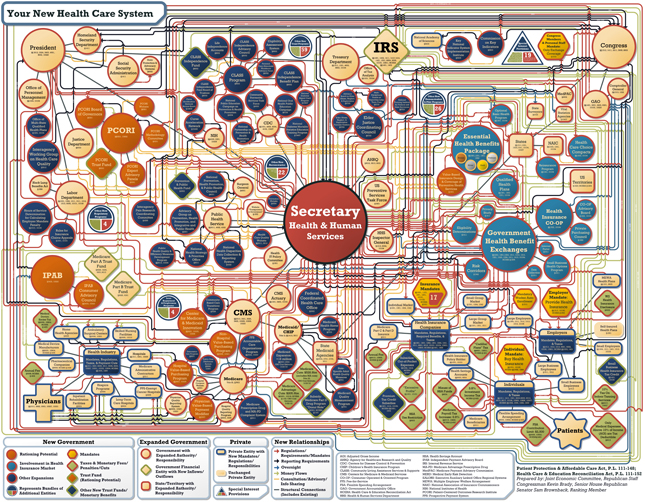