By Lloyd Marcus
Along with losing ten pounds, my New Year's resolution is to call out black Democrats, liberals, and pundits who unfairly exploit race, using it as a bludgeon to get their way.
Unfortunately, since the election of America's first black president, black leftists and race profiteers have gorged themselves in a feeding frenzy of race exploitation.  Any and all opposition to their King Obama's socialist agenda is regarded as racist.
Racism is ugly and evil.  Thus, the worst thing you can call a decent person is a racist.  Just as everyone fled from lepers in the Bible, everyone frantically flees from anyone alleged to be racist.
Black race exploiters are well aware of the power of playing the race card.  It trumps all logic, reason, and truth.  Whites accused of racism typically cower in fear.  Devastated and panicked, the accused white pleads, "I'll take back everything I said, give you my home and my car if you please drop your allegation that I'm a racist!"
In our current highly racially polarized America, exploiting race is despicable.  As a black Tea Party patriot, my New Year's resolution is to call out those who use this evil tactic.
Here are my first two call-outs of the new year.
Number one: Whoopi Goldberg, black actress, comedian and political activist on "The 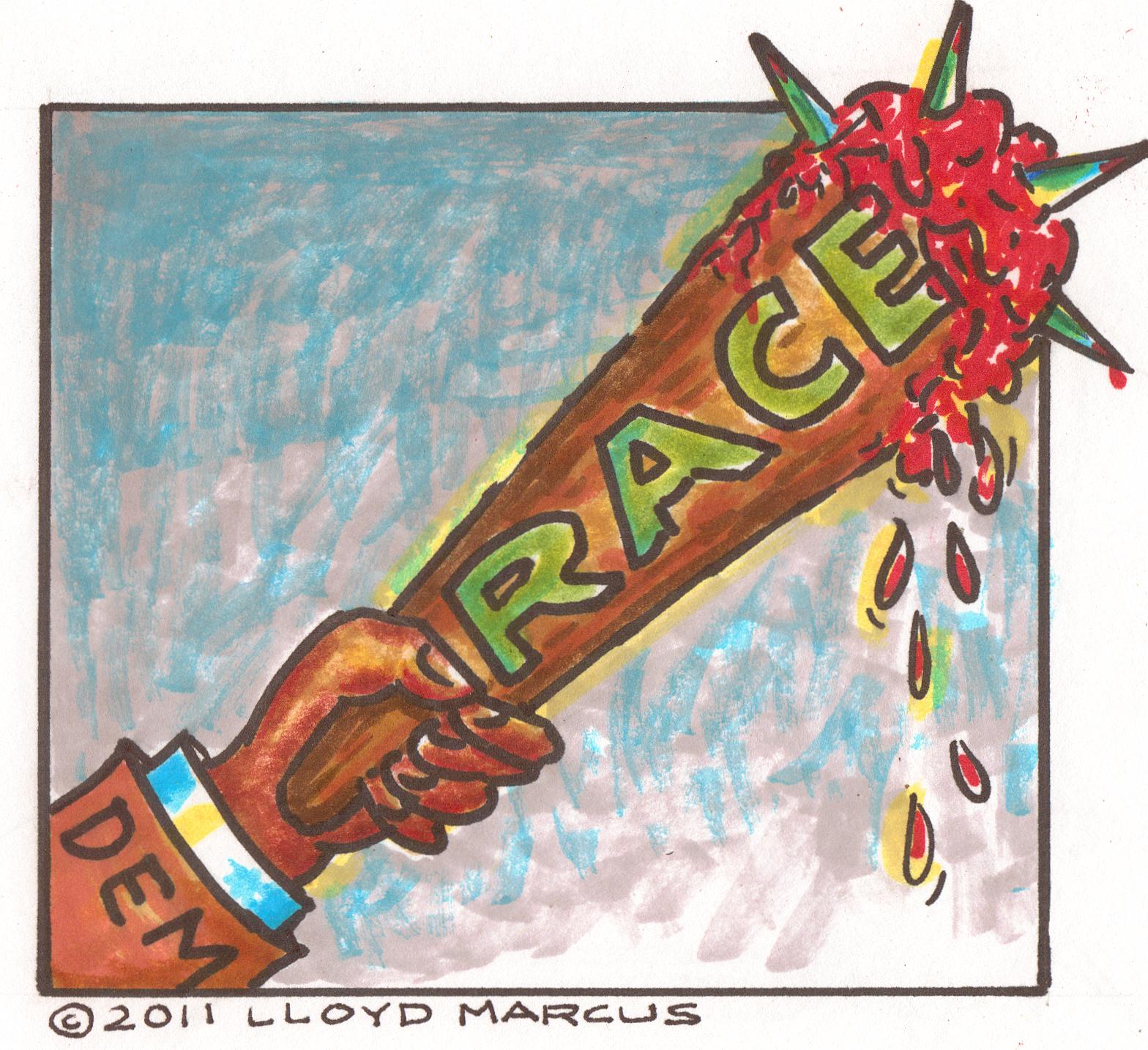 View."  On that program, Elisabeth Hasselbeck countered the left's allegation that vitriolic language from the right is responsible for the Arizona shooting.  Hasselbeck argued that the shooter alone is responsible for his behavior.  Goldberg retorted, "When I was growing up, people talking, and saying things, whipping folks up, caused a lot of people to get lynched."
To win the argument, Goldberg subtly attempted to lay a guilt trip on and shut up the white person by the exploitative interjection of race into the equation.
Ms. Goldberg, the lynching of blacks, though tragic, is totally irrelevant to this particular incident.
Call-out number two: Jesse Jackson, Jr., black Democrat member of Congress.  In November, voters overwhelmingly elected Republicans to get our country back to following the Constitution.  In an effort to assure voters that the Republicans heard them and to start the 112th Congress off on the right track, majority leader Boehner decided to read the U.S. Constitution on the House floor.
Jackson attempted to exploit race to stop the reading of the Constitution, claiming "racial insensitivity."  Jackson said that due to the struggles of African-Americans, it would be too emotional for Congressional Black Caucus members to listen to the U.S. Constitution.
Please excuse my crudeness, but give me a freaking break!
Showing some rare (and, I believe, Tea Party movement-inspired) Republican backbone, Speaker Boehner basically told Jackson and the Democrats to get over it.  We will read our founding document.
Jackson responded with his race exploitation plan B.  If the Republicans insist on reading the darn thing, Jackson requested that they read the "original version" to highlight America's original sin of slavery rather than the amended version in which America redeems itself by ending slavery.
But wait a minute -- I thought Jackson was concerned about the emotional stress of the Congressional Black Caucus hearing the Constitution.  Wouldn't reading the original version which includes slavery surely send these emotionally fragile blacks over the edge?
Junior has learned well from his Master of Race Exploitation dad, Jesse Jackson, Sr.: ignore the greatness, fairness, and peerless wonderful qualities of America and exploit race to portray America as evil to get your way.
Jackson's attempt to use race to bludgeon Republicans into submission was manipulative, evil, and racist.
If America is to move forward, it is crucial that we no longer passively "go quietly into that good night" by allowing these evil race assassins to go unopposed.  We must go on offense and call out these vicious race exploiters.  We must hold them accountable for attempting to divide Americans.

"The only thing needed for evil to prosper is for good men to do nothing."

The Jesse Jacksons of this world will continue to bludgeon the innocent with race as long as they know they will get away with it.
White patriots, I realize I am asking much of you to stand up to black race exploiters.  The liberal media will always side with the black attacker.  You risk being humiliated and destroyed in the media.
Folks, freedom ain't free!  God designed life so that anything worth having is worth fighting for.  Yes, my white brother and sister patriots, you will suffer media hits for standing up for freedom.  My fellow black patriots will suffer being called traitors and Uncle Toms.  However, America is worth it.
Also, both political parties and the media no longer hold all of the cards.  There is a powerful new sheriff in town called the Tea Party movement, whose members "have the backs" of all who share our values and principles and stand up for truth.  So you are not alone.
The year 2012 is just around the corner.  We have much work to do to take back America.  Together, we will "git r done."
Lloyd Marcus, Unhyphenated American
LloydMarcus.com
Spokesperson/Entertainer of Tea Party Movement & Tea Party Express.
The American Tea  Party Anthem CD/album.
Confessions of a Black Conservative, foreword by Michelle Malkin, written by Lloyd Marcus.
President, NAACPC (National Association for the Advancement of Conservative People of ALL Colors).
Join Lloyd Marcus Facebook page.
Tea Are The World, "Taking Back America" The Making of Documentary -- The MUST-SEE Tea Party Historic Conservative Music Event!
|