Warning: mysqli_free_result() expects parameter 1 to be mysqli_result, bool given in /var/www/html/americanthinker/admin/common/functions/func.general.php on line 126
 More Hurdles for Drilling - American Thinker
|

By Jeffrey Folks
Even as other nations press ahead with plans for deep-water drilling, Obama continues to block offshore oil and gas projects in the U.S.  Despite the symbolic lifting of the deep-water drilling ban back in October, no new projects have been approved.  Even those already approved have been halted by the president's interior secretary, Ken Salazar.
Now, in another political tease, the president has announced that drilling projects approved before the Deepwater Horizon accident may possibly be allowed to resume, though under strict new guidelines yet to be finalized.  As announced on January 3, sixteen drilling projects that have been halted since the Gulf spill may be allowed to resume, but the administration offered no guarantees that they will in fact receive approval.
Once again, Obama is playing "Mother, May I?" with the energy industry.  It's good politics to appear conciliatory at a moment when gas prices are rising.  But Obama never seems to follow through.  Oil and gas production in the U.S. continues to lag.  Instead of streamlining energy production, the president has created an entirely new agency to regulate offshore drilling (the ponderously titled "Bureau of Ocean Energy Management, Regulation, and Enforcement," or BOEMRE) and staffed it with a former Clinton Justice Department lawyer.  This new layer of federal bureaucracy, like all government bureaucracy, has done nothing but delay and forestall production.  Obviously, Obama is in no hurry to increase offshore drilling. 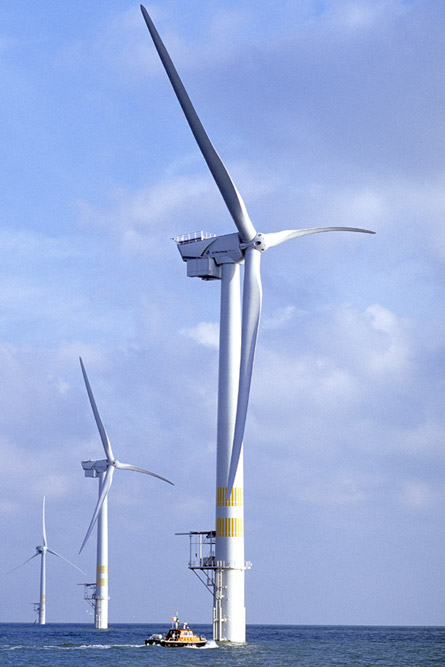 BOEMRE's website features a lovely photo of an offshore windmill and glowing tales of how the agency is speeding up alternative projects -- such as the costly offshore Massachusetts wind project under consideration for massive federal and state subsidies.  Yet BOEMRE's website indicates that the agency has granted approval of only two new well permits since the Deepwater Horizon accident for wells under 500 feet, neither of these deep-water wells.  Altogether, the agency has approved only 26 shallow wells -- and this in the most important oil and gas region in North America.
Through agencies like BOEMRE, Obama has basically shut down the development of America's offshore oil and gas production, even as he keeps talking about energy independence. This is the same posturing that Obama has engaged in for years -- promising an opening of drilling off the East Coast during the 2008 campaign, then closing it down once he took office; opening Alaskan offshore drilling to "study," but approving nothing; granting leases in the Gulf, then banning drilling on them.  With an energy policy like this, based solely on political calculation, it's no wonder that our national dependence on foreign oil continues to rise.
The irony is that countries like Brazil, China, Russia, Norway, and even Israel are pressing ahead with ambitious offshore drilling projects.  In Brazil, the state petroleum company Petrobras is moving ahead with deep-water drilling in eight major offshore areas, promising to make Brazil the Saudi Arabia of the Americas.  Not only will these projects render Brazil energy-independent, but the effort will make Brazil a major oil exporter by 2020.  The result will be prosperity for the citizens of that South American country and a lower standard of living for those -- like citizens of the United States -- who are  forced to import oil from them.
Even Israel, a country long-dependent on imports for most of its energy needs, has now entered the offshore drilling game in a big way.  The new Leviathan and Tamar fields, located 80 miles offshore in the Mediterranean, promise to render Israel energy-independent for the next century.  They will also add greatly to Israel's military security by providing a secure domestic source of natural gas and by increasing the nation's economic prosperity and tax base.
Unlike Brazil, Israel, and a host of other countries, the U.S. under President Obama has spent the last two years blocking every attempt by oil companies to increase domestic oil and gas production.  The latest cat-and-mouse Gulf-drilling game is the most recent example of a failed policy designed to appease the environmental left at the expense of the American people.
The simple truth is that the president's environmental strategy is to drive gas prices to $10 a gallon, thereby forcing a shift to more costly alternative fuels and untested electric vehicles.  Once the environmental left has its way, relatively few Americans will be driving around in souped-up golfcarts fueled by solar and wind power costing five times the price of coal-powered electricity, with the rest carless.  The country will indeed be energy-independent, but at the cost of immobility and bankruptcy.
Obama repeatedly talks about "moving our economy forward" (like all Marxists, he is inordinately fond of that word, "forward").  But Obama's energy policy is not moving us forward.  It is taking us back to the bleak era of the late 1970s -- the time of soaring energy prices, long gas lines, and a president who thought the solution to the nation's energy shortages was to sit around the fireplace wearing bulky sweaters.  Obama hasn't come out with the sweater routine yet, but in every other way, his policy resembles that of the Peanut President.
With gas prices at the pump moving up, closing in on $4 a gallon in some places, Americans have reason to be concerned.  Higher gas prices will crimp consumer spending, possibly forestalling the economic recovery now underway.  The simplest way to lower gas prices is to increase supply worldwide.  With what amounts to a complete ban on deep-water drilling in the U.S., a significant portion of that supply has been placed off bounds.
Jeffrey Folks is author of many books and articles on American culture and politics.
|