Warning: mysqli_free_result() expects parameter 1 to be mysqli_result, bool given in /var/www/html/americanthinker/admin/common/functions/func.general.php on line 126
 Clarice's Pieces: Glib Pasha Gets His Just Desserts - American Thinker
|

While most of the talking heads are rattling on about House and Senate seats lost by the president's party, the real news, it seems to me, is the massive shift of power to the Republicans at the state level. Next year's redistricting will see the Republicans with a four-to-one advantage over the Democrats in the setting of boundaries for all 435 House seats. This means the president's opponents will surely add to their present advantage as they set the lines for almost half the House districts in the U.S. Chris Cillizza writes,

As things stand right now, Republicans hold the governor's mansion and both chambers of the state legislature -- the three legs of the redistricting process -- in at least 17 states, which are projected to contain 196 of the House's 435 districts next Congress.
By comparison, Democrats will hold all three redistricting legs in five to 10 states, which could draw as few as 26 districts or as many as 88. The most likely scenario given the way undecided races are currently leaning is that Democrats control the process in seven states, in which 49 congressional districts will be redrawn.
That margin -- 196 to 49 -- works out to exactly four-to-one in the GOP's favor. And it's a big deal, said Douglas Johnson, a redistricting expert at the Rose Institute at Claremont McKenna College.

The significant advantage in the redistricting process is not all the Republicans have gained. European bien pensants -- who, oddly enough, set the tone for much of the American punditry's "analyses" -- have never understood American federalism. Now will be their chance to learn.
JMH, one of my favorite Just One Minute posters, sets it out clearly so even Guardian columnists can get it:

States are the only ones who can, and/or have the standing to mount substantive, sustained offensives against federal overreach and bureaucratic depredations. They can push back against the Commerce Clause monster. They can develop new models for uniquely tailored education initiatives.
This is, in fact, the ideologically conservative approach, but the only thing the DC focused pols & pundits can apparently think about is where the next crop of gerrymandered Congressmen will be coming from. Even the folks touting the gains need to wake up! Voters who flipped their states capitals from blue to red weren't thinking about redistricting!
Posted by: JM Hanes | November 04, 2010 at 05:12 PM

Reams of paper and oceans of pixels have been used to describe the president's reaction to this historic loss. But Professor William Jacobson paraphrases it best as far as I am concerned: 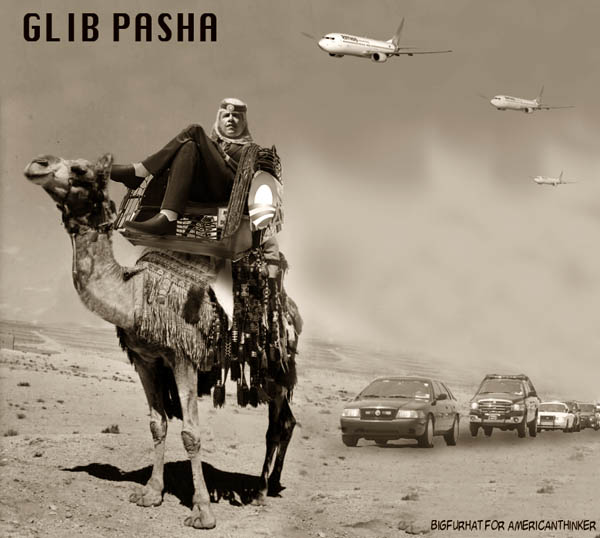 mambo to Mumbai will cost U.S. taxpayers $200 million a day and that 34 U.S. warships will be on hand there for his visit, it is not providing any accounting of what promises to be a very ostentatious pageant. Coconuts are being plucked from the trees lest any on fall on his crown, and forty airplanes, thirteen heavy-lift aircraft, and three helicopters; chefs; huge security details (which are already offending local dignitaries); and luxury jets will accompany him. Expensive hotels for the operation and invited guests have been fully booked for the excursion.
Not since the peregrinations of Jean Duc de Berry have we seen such lavish travels.
As Barbara Tuchman in "A Distant Mirror" catalogued the terminally indecisive Berry's foppish displays:

Accompanied by his swans, bears and tapestries, he moved continually from one of his castles to another ... taking part in local processions and pilgrimages, visiting monasteries, enjoying wine harvests in autumn, and sending home to the Duchess on one occasion in June new peas, cherries and 78 ripe pears....The funds to gratify his tastes were wrung from the people of Auvergne, and of Languedoc when he was its governor, by the heaviest taxation in France of his time, sowing the hatred and misery that resulted in the insurrection of Montpellier and his own recall.

We have no reason to believe that any yield to U.S. interests will come close to the expense of it -- whatever the  final tally is. So, except in a childish effort to change the subject from Obama's defeat to an imagined triumphal visit abroad, what is prompting this display?
Tom Maguire offers an explanation: "nothing says "I get you, I'm with you and I'm one of you" like exotic photos from a boyhood home in Indonesia. Let's keep the focus on jobs, jobs, jobs.  And fancy trips."
Since the set that Obama and his supporters occupy seems to revere irony -- here's some ironic bits they my have overlooked in their efforts to change the subject from their electoral disaster to their imagined wowing of the Asian continent.
Three things were particularly instrumental in fanning public opposition to Obama: his insensitive handling of the ground zero mosque proposal, his lawsuit against Arizona, and -- of course -- ObamaCare.
As for the failure of the president to suggest that the mosque ought to be located elsewhere, Saudi Prince Alwaleed Bin Talal Bin Abdul Aziz Al Saud, a major Citicorp stockholder, has said what Obama should have:

I am against putting the mosque in that particular place. And I'll tell you why. For two reasons: first of all, those people behind the mosque have to respect, have to appreciate and have to defer to the people of New York, and not try to agitate the wound by saying 'we need to put the mosque next to the 9/11 site'," he was quoted as saying by the 'Arabian Business'.
"I heard and saw a lot of news about me being associated with it and this is all wrong. We did not finance this thing," he added.
"The wound is still there. Just because the wound is healing you can't say 'let's just go back to where we were pre-9/11'. I am against putting the mosque there out of respect for those people who have been wounded over there," he was quoted as saying.

Not only was the prince more sensitive to legitimate American feelings than our own president, but his opposition means as well that the mosque is unlikely to receive needed funding. So the president's words cost him support for no reason at all, except as more self-satisfying moral preening.
The president also aroused fury when his attorney general sued Arizona in an effort to have its immigration bill declared unconstitutional. Other states beset by uncontrolled illegal immigration and its social costs are enacting similar legislation.
It is difficult to tell from oral arguments how a court will rule, but it appears the government is about to be laughed out of court on its broad claim that federal law preempts the entire area. Ann Althouse:

"I've read your brief, I've read the District Court opinion, I've heard your interchange with my two colleagues, and I don't understand your argument," Noonan told deputy solicitor general Edwin S. Kneedler. "We are dependent as a court on counsel being responsive. ... You keep saying the problem is that a state officer is told to do something. That's not a matter of preemption. ... I would think the proper thing to do is to concede that this is a point where you don't have an argument."
"With respect, I do believe we have an argument," responded Kneedler, who said the Arizona law is unconstitutional and threatens civil liberties by subjecting lawful immigrants to "inter[r]ogation and police surveillance.''
Yeah, well, but that's not preemption.
Here's my old post trying to make sense of the preemption argument. I came up with this (admittedly strange and politically inadvisable) argument:

The federal government has responsibility for immigration, and it has expressed, through written law and real-world efforts, an extremely lax policy toward illegal immigration. Given that federal policy and the supremacy of federal law, one could argue that it is not within the state's proper power to dictate a different policy and impose it on the federal government (by referring a lot of new cases of individuals violating federal law).

It appears to me the suit was designed to solidify Hispanic support for the administration even as the administration did everything in its power to defeat the brightest young Hispanic pol in the nation -- Marco Rubio. I think the government will lose a great deal of its lawsuit, did not pick up Hispanic votes as a result of it, lost more support from voters around the country than it gained, and will have Marco Rubio to deal with in Florida. How ironic is that?
And then there's ObamaCare. As I noted, it seems unlikely the individual mandate which is at the core of the act will survive judicial scrutiny. I wrote on Pajamas Media:

I think that Professors Turley and Kopel are correct that the most constitutionally vulnerable portion of ObamaCare is the individual mandate and that it cannot be severed from the rest of the act. And I think Professor Somin is right that there is every reason to believe that the administration will utilize everything at its disposal to prevent or delay the resolution of the pending cases in the hope that public opinion will shift and that this will affect the final resolution in its favor. Although I suspect that the administration now "owns" health care in the public mind and rage at the act will only grow with each cut-off in benefits, increase in taxes, and difficulty in getting care.
As I said at the beginning, I prefer political resolution of this in any event. Register and vote out of office everyone who voted for this monstrosity, and support everyone who will work to gut or repeal it. A win at the ballot box is a better resolution than a hope and a prayer that the Supreme Court will do what it ought to and declare the act unconstitutional in sufficient time to prevent the destruction of our health care system and economy.

And it looks like the Act cost the president and his party at the ballot box, where federal and state legislators will do everything in their power to repeal and gut the law. So, once again, the president's stubborn refusal to change course has the immediate effect of hurting him and his party with no real  long-term impact on the substantive issue he attempted to address.
How's that for irony?
|