Blue-state Connecticut has undergone a jolting metamorphosis over the past three years, with potential ramifications for the Senate contest between Linda McMahon and Richard Blumenthal. Many residents have become a lot more like red-state Texans than blue-state New Englanders. Now, they're enthusiastic supporters of the death penalty and are fond of handguns and shotguns. It's all due to a horrific home invasion in 2007 in the affluent town of Cheshire, a New Haven suburb.

Chilling details of the "Cheshire Murders," as they're known, have played out in a New Haven courtroom this fall during the first of two trials. Now, the proceedings are in the penalty phase after Steven Hayes, 48, was convicted of murder and rape. Jurors must decide if he should get life in prison or the death penalty. According to a recent opinion poll, Connecticut residents overwhelmingly favor lethal injection. 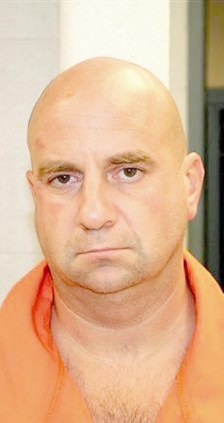 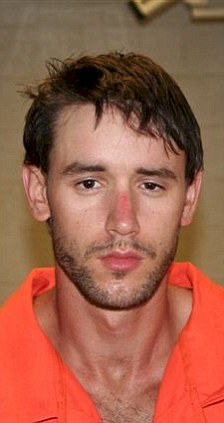 Hayes (left) and Komisarjevsky (right)
On July 23, 2007, at 3 a.m., Hayes and fellow career criminal Joshua Komisarjevsky, now 30, burst into the home of the Petit family. Three family members were murdered: Jennifer Hawke-Petit, 48, and daughters Hayley, 17, and Michaela, 11. Mrs. Petit and Michaela were raped. The sole survivor was Dr. William A. Petit, Jr., then 50, a prominent physician and diabetes specialist who was beaten senseless with a baseball bat and tied up. He eventually freed himself and stumbled out of his home to summon help from neighbors.

Interestingly, the Cheshire Murders have repeatedly overshadowed Connecticut politics -- putting anti-death penalty Democrats on the defensive. Democrat lawmakers in May 2009 revealed themselves to be out of touch with voters when pushing through a vote to abolish Connecticut's death penalty. It followed a debate overshadowed by the "Cheshire Murders." Governor M. Jodi Rell, a Republican, vetoed the law.
Murder and rape normally are unheard of in places like Cheshire, rated by Money Magazine as one of the best places to live in America. They don't happen to families like the Petits, all of whom were accomplished, highly respected, and active in community affairs. The horrific home invasion offered Connecticut residents an appalling glimpse of something liberals and Connecticut's Democratic lawmakers seem unable to understand: criminals who commit unspeakable evil -- and the limits of the police's ability to protect law-abiding citizens from such predatory monsters.
Horrified by the murders, many Connecticut residents stopped counting on the police to protect them. They started arming themselves. Gun stores reported a dramatic surge in sales. Customers were "scared," said one gun shop owner. Men and women preferred "defense-grade shotguns" because of the relatively short waiting period to buy them -- two weeks as opposed to ninety days for a handgun permit, he noted.
Blumenthal's flip-flop on the death penalty
Most recently, the Cheshire Murders have overshadowed Connecticut's Senate and gubernatorial races: Democrat candidates -- on the defensive due to the Cheshire Murders -- are backpedaling from past opposition to the death penalty. One of them is Attorney General Richard Blumenthal, a candidate for the U.S. Senate. Despite having opposed the death penalty for years, he says he now strongly supports it.
Politics aside, Connecticut was riveted by the first sensational trial over the Cheshire Murders. Explaining why Hayes should be spared the death penalty, public defender Patrick Culligan argued this week that Hayes had several good qualities, including that he could be a "likeable person." Yet during Hayes' trial, defense lawyers nevertheless admitted their client had raped and strangled Mrs. Petit. She'd worked as a pediatric nurse despite suffering from multiple sclerosis.
Defense lawyer Thomas Ullmann, during Hayes' trial, called the home invasion a burglary that "got way out of control." Hayes' lawyers have tried to portray Komisarjevsky as the crime's real mastermind.
The news media has provided chilling details about what happened to Dr. Petit, wife Jennifer Hawke-Petit, and daughters Hayley and Michaela during the eight hours they were terrorized.
Mrs. Petit, shortly before being murdered, was forced to withdraw $15,00 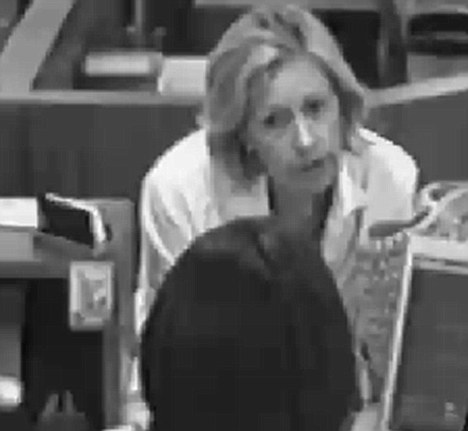 0 from the bank. Later, Hayes raped and strangled her in the living room. In their upstairs bedrooms, Hayley and Michaela were tied to their beds. Michaela was raped. Komisarjevsky is said to have taken "pornographic" photos of her before she died.
Then gasoline was poured around the daughters' rooms, over Michaela's body, and around the house. A fire was set, and the men fled. Both girls died of smoke inhalation, and their bodies were badly charred, said authorities. Jurors were shocked to tears as they looked at crime scene photos. Dr. Petit left the courtroom.
There was never any doubt that Hayes and Komisarjevsky were the perpetrators. Police caught them as they fled the Petits' burning home and rammed their vehicle into waiting squad cars. Bank officials had alerted police after Mrs. Petit tipped off a bank clerk about the home invasion.
Hayley had graduated from a prestigious prep school, Miss Porter's School, and was headed to Dartmouth. Michaela Petit, a fifth-grader, attended a private day school and participated in fundraising efforts for multiple sclerosis.
The Cheshire Murders have been compared to the gruesome home invasion and murders of an entire Kansas family in 1959, the subject of Truman Capote's In Cold Blood.
A victim again
Dr. Petit has watched the trial stoically and expressed outrage over the antics of defense lawyers. At one point, he and family members called for Komisarjevsky's lawyer, Jeremiah Donovan, to be cited for contempt for violating a gag order. Donovan, speaking outside the courtroom, claimed his client had not "anally raped" Michaela, but merely ejaculated upon her. "We are deeply sympathetic to the sadness of the Petit family. It's probably very small solace [that she was not anally raped]. But it's something I felt I had to say," he said.
Donovan declined to answer a reporter's question about why an anal swab from Michaela contained semen. The trial judge summoned Donovan to explain why he should not be cited for contempt.
Dr. Petit was angered at another point when the trial was delayed. This occurred after Hayes' defense lawyer complained that their client, after attempting suicide, was placed in "inhumane" prison conditions -- an isolation cell in which the lights were left on 24 hours a day. He also was no longer provided with eating utensils and had to eat with his hands.
Dr. Petit faced more outrages this week when his courage was questioned by none other than Joshua Komisarjevsky. This occurred when Hayes' lawyers, attempting to cast Komisarjevsky as the real villain, introduced Komisarjevsky's demented "prison writings" into the record, with a court clerk reading them aloud to a hushed courtroom, according to The New York Times.
"The Petit family passed through their fear into the calm waters of abject terror," Komisarjevsky related.
He described hitting Dr. Petit with a baseball bat, sending blood splattering on white tile. And he praised the "bravery" of Mrs. Petit, Hayley, and Michaela, but said Dr. Petit had been a "coward," according to the Times. Later, Dr. Petit complained that the legal system "revictimized crime victims."
"I really don't want to dignify the ravings of a sociopath who appears to be a pathological liar as well," he said.
Connecticut had its last execution in 2005. Now it appears to be getting ready for two more -- despite the objections of the state's high-minded Democrat lawmakers. What's more, Connecticut voters will no doubt be sending many Democrats packing -- a result of nationwide dissatisfaction with the Democratic agenda and, above all, because of the lessons they learned from the Cheshire Murders.
|