Woven into the new presidential seal rug adorning the Oval Office is a misattributed quotation, offering us a perfect metaphor for the Obama presidency. Jamie Stiehm reports in the Washington Post:

"The arc of the moral universe is long, but it bends toward justice." According to media reports, this quote keeping Obama company on his wheat-colored carpet is from King.
Except it's not a King quote. The words belong to a long-gone Bostonian champion of social progress. His roots in the republic ran so deep that his grandfather commanded the Minutemen at the Battle of Lexington.
For the record, Theodore Parker is your man, President Obama. Unless you're fascinated by antebellum American reformers, you may not know of the lyrically gifted Parker, an abolitionist, Unitarian minister and Transcendentalist thinker who foresaw the end of slavery, though he did not live to see emancipation. He died at age 49 in 1860, on the eve of the Civil War.
A century later, during the civil rights movement, King, an admirer of Parker, quoted the Bostonian's lofty prophecy during marches and speeches.

Apparently, Obama himself believed the quotation to be from King. Stiehm writes,

My investigation into this error led me to David Remnick's biography of Obama, "The Bridge," published this year. Early in the narrative, Remnick, the editor of the New Yorker, presents this as "Barack Obama's favorite quotation." It appears that neither Remnick nor Obama has traced the language to its true source.

The error perfectly encapsulates the shallowness of Barack Obama's intellect and his lack of rigor. Obama is a man who accumulated academic credentials while giving no evidence whatsoever of achieving any depth. He was the only president of the Harvard Law Review to graduate without penning a signed article in that esteemed journal. His academic transcripts remain under lock and key, as do his academic papers.
For the sort of people like David Brooks of the New York Times, who are impressed by fancy degrees and a sharp crease in the trousers, Obama may appear to be the smartest-ever occupant of the Oval Office. But, as the old joke goes, deep down, he is shallow. Underfoot, literally, there is woven into his background a prominent vein of phoniness.
For some reason or other, Obama has been able to skate through academia and politics without ever being seriously challenged to prove his depth. A simple veneer of glibness has been enough to win the accolades of the liberal intelligentsia. But now that he has actual responsibilities -- including relatively trivial ones like custodianship of the inner sanctum of the presidency -- his lack of substance keeps showing up in visible, embarrassing, and troubling ways.
The ultimate irony is this: Obama's idol, Martin Luther King, had a long pattern of plagiarism, something airbrushed out of his story by the forces of political correctness but well-recognized by scholars of his written work. Clayborne Carson, the dean of King scholars and director of the King Papers Project at Stanford, acknowledges, "instances of textual appropriation can be seen in his earliest extant writings as well as his dissertation. The pattern is also noticeable in his speeches and sermons throughout his career."
There is no evidence that King attempted to claim authorship of the quotation woven into the Oval Office rug so far as I know. Responsibility for this act of appropriation appears to lie on the presidential shoulders. Obama has his own pattern of appropriating things -- such as the money due to bondholders of GM and Chrysler, which he gave to the UAW, which he found more deserving, no matter what the laws of bankruptcy said about senior creditors.
When governments screw up postage stamps, the results become far more valuable to collectors, as in the case of the most expensive 20th-century U.S. postage stamp, the "inverted Jenny." 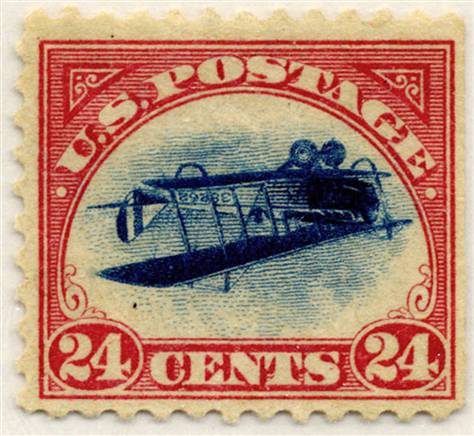 In a similar way, the botched Oval Office rug becomes a precious symbol of the Obama presidency, based on an image fabricated out of symbols rather than substance and misappropriating valuable elements of America's history. The only question remaining is whether or not President Obama will choose to keep the rug in his office.

If the president keeps it, it instantly becomes the most interesting facet of that hallowed space, the first thing any visitor will want to (discreetly, with a quick downward glance) check out and silently chuckle about. Can you imagine the mirth that a visiting head of state would experience?
But if the president decides to excise the embarrassing carpet, what does he do with it? If he burns it, then the flames become a symbol of his failed presidency. If he auctions it off, as he should, it would fetch an enormous price -- enough to help reduce the deficit, or pay for some more fancy clothes and shoes for Michelle -- but then become an everlasting symbol of his ignorance.
As in so many other aspects of his presidency, Barack Obama has put himself into a no-win situation. Fortunately, the victims this time do not include the entire American people, but only Obama's image and the private donors who putatively paid for the rug.
Hat tip: Lucianne.com
|