Warning: mysqli_free_result() expects parameter 1 to be mysqli_result, bool given in /var/www/html/americanthinker/admin/common/functions/func.general.php on line 126
 Summer of No Recovery - American Thinker
|

Summer of No Recovery

By Alan Aronoff
Summer time, and the living is easy -- that is, if you are one of the 22.77 million people employed by the government, representing one out of seven people currently employed. If you are unemployed and hoping for an economic uptick to increase chances for employment, this may very well be your summer of discontent. In any event, the White House has designated the summer of 2010 the Recovery Summer.
If this is the Recovery Summer, then:

Against this list of facts, President Obama claims that the economy is getting better. This administration's ineptness at promoting growth is equaled by its ineptness at spinning facts. The Obama administration also touts that the stimulus passed in February of 2009 created or saved 3.5 million jobs. Of course, the president has chosen a standard of measure that is not and has not been tracked before. Mr. Obama boasted, "The stimulus bill prevented the unemployment rate from getting up to ... 15%." Of course, not seeing 15% unemployment (unless you consider the underemployed in the U.S.) does not mean that the stimulus worked. The president could have also stated that passing the stimulus bill would prevent asteroids from destroying the earth. Just because the earth has survived does not mean that this result was due to the stimulus.
Few believe the economy is getting better and job growth is just around the corner. The table below from Business Insider (hat tip: Tom Sullivan Radio show) shows that the current recession has the deepest loss of jobs. At 31 months since the onset of the recession, there is no uptick in employment. 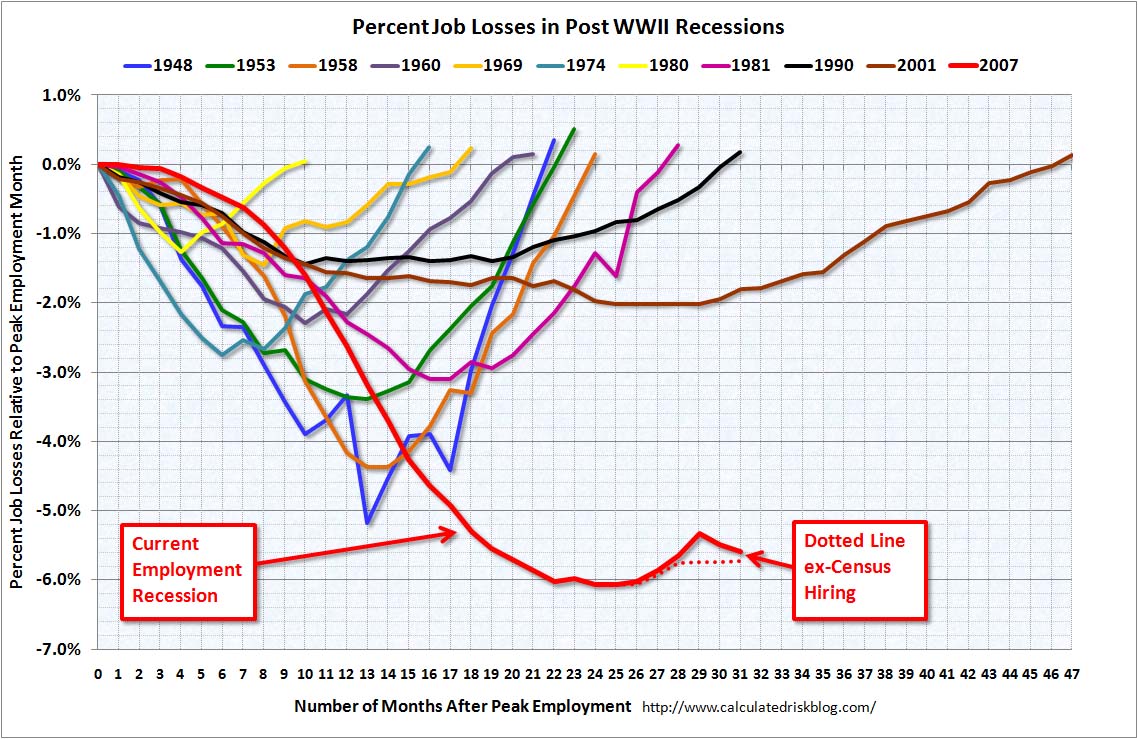 On top of it all, the prime cheerleader for Obamanomics, Christina Romer, announced that she is leaving her position as the head of the Council of Economic Advisors to President Obama to return to teaching at UC Berkeley. Christina Romer and her husband have authored a paper that evaluates the effects of tax rates on GDP. A tax of 1% of GDP will have a negative effect on GDP growth larger than the tax increase. If Romer's research is correct, then allowing the Bush tax cuts to expire will cause a reduction in GDP growth compared to allowing the current tax rates continue. 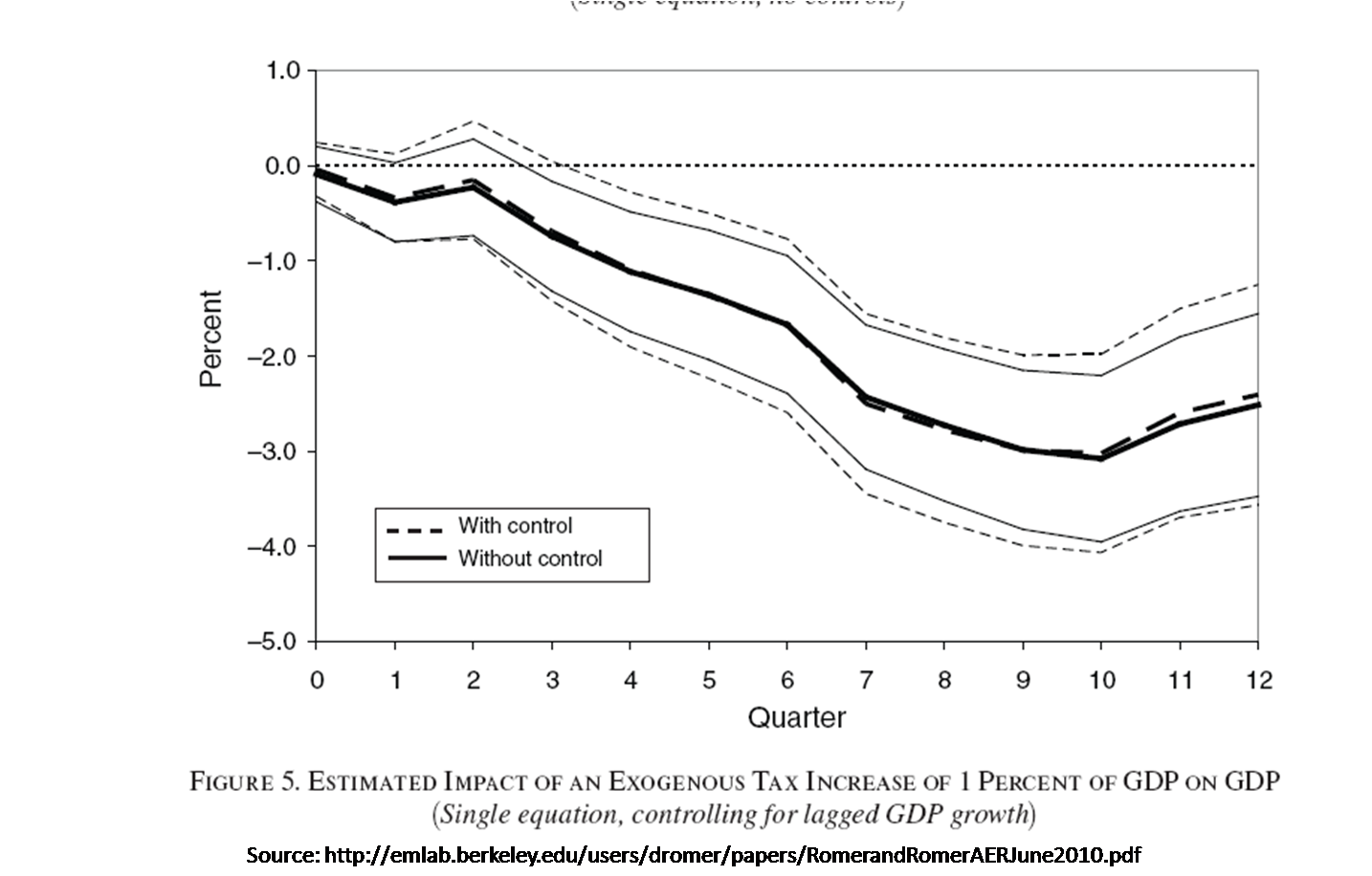 There will be a Recovery Summer; unfortunately, it won't be the summer of 2010.
|