Warning: mysqli_free_result() expects parameter 1 to be mysqli_result, bool given in /var/www/html/americanthinker/admin/common/functions/func.general.php on line 126
 WAAH! Nobody Likes Me! - An Evening with Cindy Sheehan and Bill Ayers - American Thinker
|

WAAH! Nobody Likes Me! - An Evening with Cindy Sheehan and Bill Ayers

By Stephanie Hitt
It doesn't seem to be much fun to be a darling of the left these days. Tuesday night, I heard a torrent of whining when Bill Ayers and Cindy Sheehan were joined via Skype by avowed communist atheist Sunsara Taylor for an event at the Evanston Public Library, just north of Chicago. Turnout was a disappointing eighty souls or so in a location accessible by El train, odd in light of the fact that the event was sponsored by no fewer than five organizations. Maybe it was the rainy weather that night.
I braved a flood of radical leftist whining, disdain, and petulance. Calling themselves a band of "disinviteds," the three leftists spoke on censorship, free speech, and the revocations of their invitations to speak at various events.
What started off as a diatribe against the infringement of their right to free speech and their proclaimed right to be heard quickly turned to a litany of complaints against the government, and really, the "Military Industrial Complex" in its ques 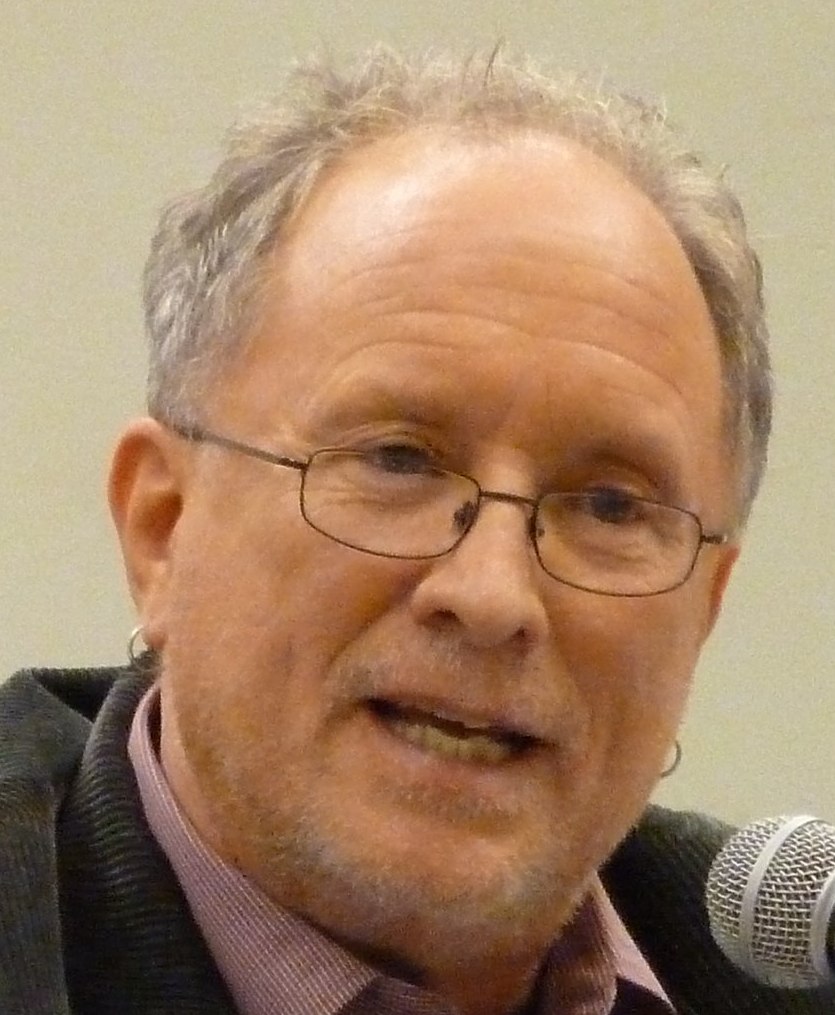 The continued and constant use of leftist political clichés was staggering. The cant would have been funny if it weren't so deeply ingrained in the thinking of the sponsors and most attendees. All of the following phrases were used:

and my personal favorites

And even though all three speakers share the view that America's founding is based on genocide and slavery, most disconcerting was their contempt toward most Americans who choose to live their lives quietly and purposefully and are not part of any political movement. This disdain for seeming political inactivity, referred to as unawareness or complacency, seemed to blind all three speakers to the way they or their views are perceived by others. 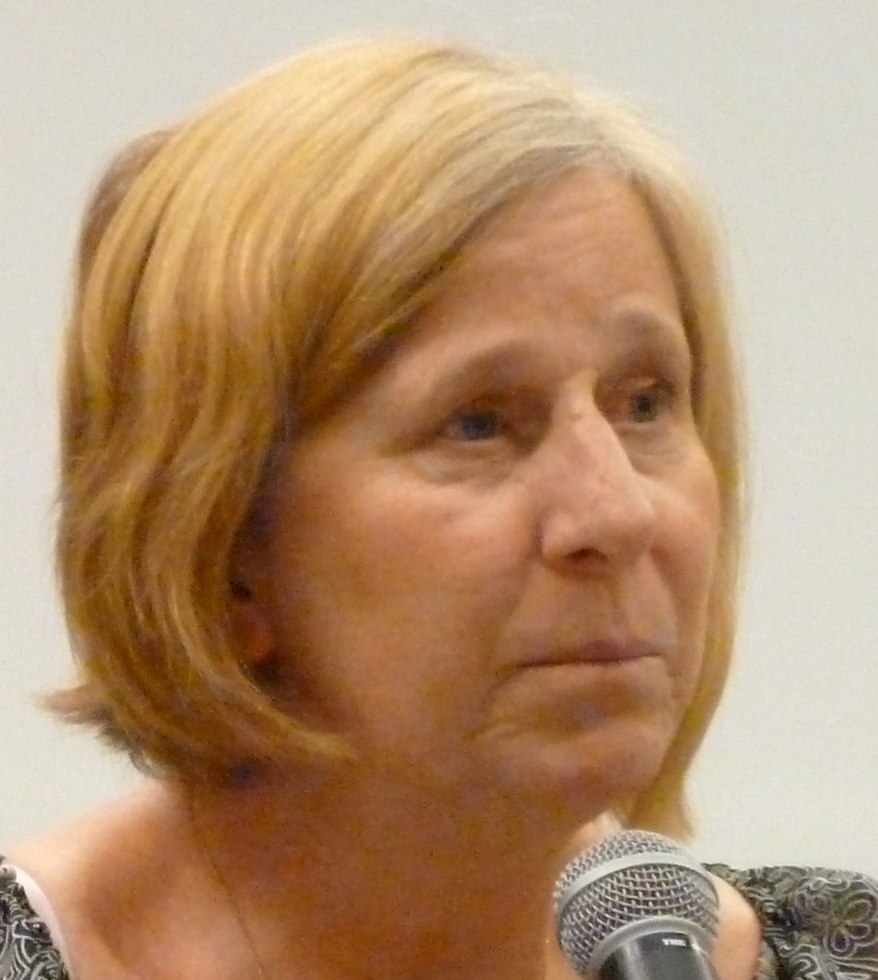 The juxtaposition of the three speakers in many ways demonstrates what is lacking in the discourse from the radical left -- namely, self-reflection, respect for opposing viewpoints, and a desire to understand and learn from both history and rejection. The fact that all three spoke in tired, forty-year-old, warmed-over, radical clichés reinforced the idea that radicalism in America has not really evolved beyond criticizing establishments, attacking the normal everyday values of Americans, and crying "foul" (or "wolf") when they are challenged.
The sweet, spacey tone of Cindy Sheehan only served to heighten the pedantic one of Bill Ayers, a radical terrorist, and the strident tenor of Sunsara Taylor, a young upstart militant communist on the rise. Rather than be offended by their rhetoric, I was amused by how predictable and familiar it was -- the writers of South Park and Team America couldn't have written a sillier script.
On one hand, you have speakers rattling off statements with no insight or explanation, such as "the robber class, media, oligarchies and corporations have everything, including the nukes," "revolutions empower people," "communism is about redistributing the wealth taken by the privileged classes," and, another favorite, "the rise of religious radicalism [is due to the] ravages of  imperialist globalization." I was hoping for some explanations, since I do not have the code to decipher all of the radical catchphrases. When, on the other hand, you have nods of complete agreement from the crowd, you know you have fallen down the proverbial rabbit hole.
Despite being the least focused and least strident of the three speakers, Cindy Sheehan was in many ways the most insightful. In addition to admitting that her speech was freer under Bush (under Bush, she never spent a night or more than eight hours in jail and never had a restraining order issued against her; under Obama, she was once jailed for 52 hours, and the White House has a restraining order against her), she also questioned why under Obama, the antiwar movement doesn't seem as important or interesting. In my favorite analogy of the night, she said she felt like the Maytag Repairman of activists. Without actually answering these questions or even expressing a curiosity about this apparent irony, she was able to at least posit that the antiwar movement, when it was popular, was really an anti-Bush movement and that without Bush, no one seems interested in protesting progressive issues.
Neither Bill Ayers nor Sunsara Taylor was as thoughtful or reflective as Ms. Sheehan, instead blaming censorship and the declining support for radical activism not on the lack of interest in their retreaded "think speak," but on some conspiratorial notion that people are not able to share their ideas freely.
Radicals can always "cry wolf" -- that they are not allowed to speak the truth -- while arguing that truth depends on who is saying it and how the speaker says it happened. Does their concept of free speech include the right to make everyone around them listen to what they are saying?  Radical activism seems to have a "you must accept me, all or nothing" approach that can be off-putting for even the most liberal institutions, such as universities and humanist societies.
In a rather chilling anecdote, Ayers shared how his "partner of forty years" (convicted felon and fellow Weatherman activist, Bernadine Dorn) told him that caring for their grandchildren reminds her of the importance of being a radical. I can only imagine the bedtime stories these grandparents share. Invoking the catchall explanation of relativism, Ayers and Taylor explained that truth and history depend not on the facts of it, but on what point in the narrative you choose for the focus of your argument. It is up to you, the budding activist, to go out and get in other people's faces.
There you have it: three vibrant and notable radicals all complaining loudly that they cannot be heard and that being disinvited is tantamount to suppression of the truth by the corporate media doing the bidding of the Military Corporate Complex.
In what is fast becoming a page out of the leftist "pretend you hate Obama, too" playbook, they all made a point of claiming that the Obama administration is just as bad as, if not worse than Bush on continuing the war, suppressing civil rights, and extending American imperialist power. In fact, Mr. Ayers went to great lengths to say he did not see Obama as someone who knowingly winks at the left to let them know he is one of them. To really show they were "fair," they even attacked the New York Times, NPR, and some of our liberal universities. With no requirement of self-reflection, radicals can always justify complaining about some oppression somewhere and the requisite need to revolt. Did it not occur to each of the speakers that maybe people are tired of or don't like what they have to say? If the right to speak includes a right to make people listen, does the right to associate mean that you have to listen to what they are saying?