Georgia Attorney General Thurbert Baker has angered Georgia Republicans to the point that some have called for his impeachment. Mr. Baker refuses to join other state attorneys general filing suit challenging the constitutionality of ObamaCare. He's become the darling of the left by his refusal to file suit.

Based on praise by the liberal media, you'd think that General Baker was the model of fiscal responsibility and restraint on judicial activism. 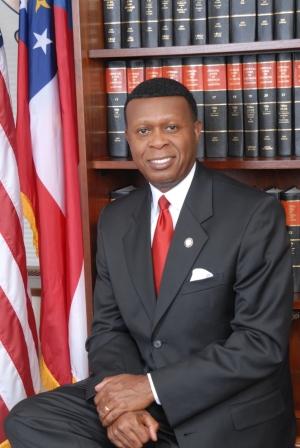 That bastion of fiscal responsibility, The New York Times, writes that Mr. Baker "has rejected such lawsuits as 'frivolous' and 'a waste of taxpayer money.'"
AlterNet reports on Mr. Baker's appearance on Rachel Maddow's MS-NBC conservative smear-show:
"It's impossible to have a lawsuit where there are no inherent costs," Baker said. "Every time you are pulling employees away from their appointed duties to file a lawsuit and to engage in this counter-activity, there's going to be cost. Lawyers don't work for free, not even lawyers who work in house. So I'm not aware of any way that a lawsuit can be filed, even if we do it in house, where it doesn't cost the taxpayer some money."
If only Mr. Baker had been consistent throughout his career. You see, Mr. Baker was given a grade of A from ACORN in 2008 precisely because he is an activist attorney general who spent taxpayer money in pursuit of ACORN's legislative and judicial agenda. Mr. Baker's grade of A is shown on page four of ACORN's report.
ACORN's highest grades were awarded to attorneys general "pursuing cutting-edge cases." ACORN's favorite attorney general did not worry about frivolous cases because "in the near future as more legal theories get tested in different states, there will be additional case law established to provide a guide for attorneys general to take legal action."
Concern for taxpayer money being spent by an attorney general? That was obviously never a concern to ACORN's AGs such as Mr. Baker, who were praised for "putting their offices to work for distressed borrowers," and "devoting additional resources to the issue."

ACORN knew to rely on activist AGs such as Mr. Baker. In its report, ACORN wrote,

While Congress and some governors have grabbed headlines for some of their modest reactions to the foreclosure crisis, there is another critical and largely untold story of the innovative and impactful leadership that many states' attorneys general have demonstrated in their diverse responses to the crises in their states.

I wonder how much taxpayer money General Baker spent pursuing ACORN's agenda rather than protecting the Constitution.
|