Friday night a week ago in New Orleans, a petite female political operative and her boyfriend were attacked and seriously injured by a vicious group of crazed cowards who shrieked political insults while pouncing. After the pummeling, the female and her boyfriend were left, collectively, with a compound leg fracture, a concussion, a broken nose, and a broken jaw.  No robbery occurred. 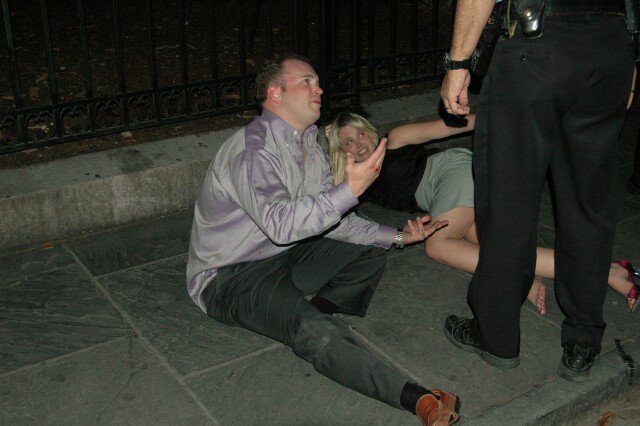 But wait! Don't waste your time -- if you're Googling for this item on CNN, New York Times, Wa-Po, MSNBC, Huff-Po, ABC, Salon, CBS, etc., that is. What? But don't attacks (physical and/or verbal) of a political nature outrage the above media outfits to the point of hysteria? Didn't all the above media outfits wail an indignant chorus to the high heavens regarding the "anguish" suffered by Rep. Emanuel Cleaver when dribbled with a few drops of (unconfirmed) Tea-Partier spittle, to say nothing of the fit of the vapors suffered by Barney Frank upon hearing some schoolyard taunts by same?

Sure. But the beating victims in New Orleans (left with perhaps permanently disabling injuries) were Republicans, you see. They were emerging from a Republican fundraising dinner at a French Quarter restaurant shortly after attending the Southern Republican Leadership Conference. Their attackers (as appears overwhelmingly probable, given all evidence) waved signs saying "Republicans Geaux Home!" and had formed a gauntlet outside the restaurant, shrieking anti-Republican insults (YouTube has removed the video) at all who entered and exited its doors.
After visiting them in the hospital and hearing the details of the attack, a friend of the victims reported to a local blog that the attackers had yelled, "They're wearing Palin pins! Let's get 'em!"
While this quip remains unconfirmed, the political motive for the attack appears obvious to all who've dug into the issue. And none have dug as deeply or as effectively as Louisiana Hayride.
It so happened that on Friday night, your humble servant here, a lifelong New Orleans resident, was in the French quarter with his wife and their three offspring, celebrating the Missus' birthday. We ran across these protesters on a couple of occasions -- and you will never in a million, jillion, gazillion years guess whom some sported on their t-Shirts! 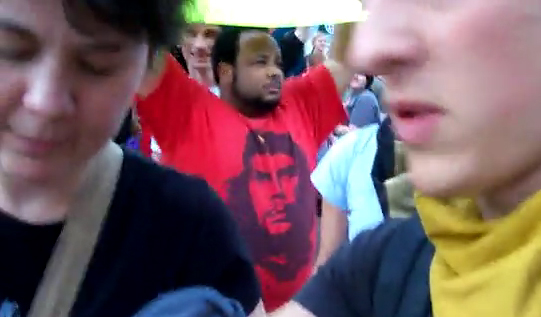 Alas, my wife's birthday celebration was not a proper setting for my "discussing" political matters with these folks, regardless of the levity inherent in exposing the protesting black gentlemen to Che Guevara's racial sentiments. (For similar levity, you California folks might expose Che's views on Mexicans: "a rabble of illiterate Indians.")
Amongst the shriekers and sign-carriers that formed the gauntlet in front of Brennans Restaurant, one waved a sign with Che Guevara's famous "Hasta la Victoria Siempre!" Shortly after this sign was waved, a small, defenseless woman was wantonly beaten and severely injured. For those familiar with Che Guevara's handiwork, nothing could be more fitting. To wit:
After Fidel Castro and Che Guevara imposed their Stalinist regime at Soviet gunpoint, Cuban women tripled their suicide rate. Indeed, they became the most suicidal women on earth. This according to a 1998 study by scholar Maida Donate-Armada, which uses some of the Cuban regime's own figures.
During the '60s (when Che was second in Cuban command), 35,150 Cuban women were jailed for political crimes, a totalitarian horror utterly unknown not only in Cuba, but in the Western Hemisphere, at least until the Castro regime.
Prison conditions were described by former political prisoner Maritza Lugo as such: "The punishment cells measure 3 feet wide by 6 feet long. The toilet consists of an 8 inch hole in the ground through which cockroaches and rats enter, especially in cool temperatures the rat come inside to seek the warmth of our bodies and we were often bitten. The suicide rate among women prisoners was very high."
Thousands upon thousands of Cuban women have drowned, died of thirst, or have been eaten alive by sharks attempting to flee the regime co-founded by Che Guevara.
On Christmas Eve of 1961 a Cuban woman named Juana Diaz spat in the face of the executioners who were binding and gagging her. They'd found her guilty of feeding and hiding "bandits" (Cuban rednecks who took up arms to fight Che's theft of their family farms to build Soviet-style Kolkhozes). At the moment when the blast from that Communist firing squad demolished this Cuban country gal's face and torso, Juana was six months pregnant.
In Aug. 7, 1961, Lydia Perez was eight months pregnant and a Cuban political prisoner. She somehow annoyed a guard, who bashed her to the ground, kicked her in the stomach, and walked off. Both Lydia and her baby were left to bleed to death.
In 1962, a Cuban Catholic nun named Aida Rosa Perez was overheard saying things about Fidel Castro and Che Guevara similar to (but milder than) what Janeane Garafalo and Joy Behar routinely say about George Bush. Sister Rosa Perez was sentenced to twelve years of hard labor. Two years into her sentence, while toiling in the sun inside Castro's gulag and surrounded by leering guards, Sister Rosa collapsed from a heart attack.
The Cuban Archive project, headed by Mrs. Maria Werlau and Dr. Amando Lago, has fully documented the firing squad executions of eleven Cuban women in the early days of the regime. Another 219 women died from various brutalities and tortures while in prison. The Taliban has nothing on the regime co-founded by Che Guevara.
|