By Lloyd Marcus
RNC Chairman Michael Steele said that the GOP has not given blacks a reason to vote Republican. As a black conservative Republican, I ask, what is the GOP suppose to do -- serve soul food at Republican events?
In other words, I reject the concept of dividing Americans into victimized groups and pandering to them. Besides, the Democrats are masters of insulting the intelligence of Americans by playing the old and tattered victim, race, and class envy cards. The GOP does not need to go down the same shameful, disgusting road.
Brother Steele, how about the GOP showing a little respect for the American people by standing up for conservative values and principles? If you do this, they will come. Right-minded Americans of all stripes will join our cause.
So how do you, Chairman Steele, think the GOP should attract more blacks? Do we adopt "liberal lite" policies? Do Republicans prove that they are "down with the brothers" by embracing a lighter version of the lie promoted by the race-exploiting Democrats, by saying that racism is still somewhat of a problem for blacks in America today?
Chairman Steele, you said, "The Republican Party had a hand in forming the NAACP, and yet we have mistreated that relationship." What the heck are you talking about? When President Obama addressed the NAACP and said that racism is still a problem for blacks in America, the audience cheered as if at a baseball game where someone on their team hit a home run. They loved the affirmation of their victim status.
The once-great NAACP has deteriorated into a negative for black America. The organization sold its soul for a seat of power at the liberal Democratic Party table, betraying blacks by keeping them thinking like victims so they will continue voting monolithically Democrat. Why on earth should the Republicans pander to this organization of disgusting race-exploiters?
I am so done with "identity politics." We are all Americans. Why can't politicians simply relate to us as such rather than dividing us into victimized groups which they promise special concessions? 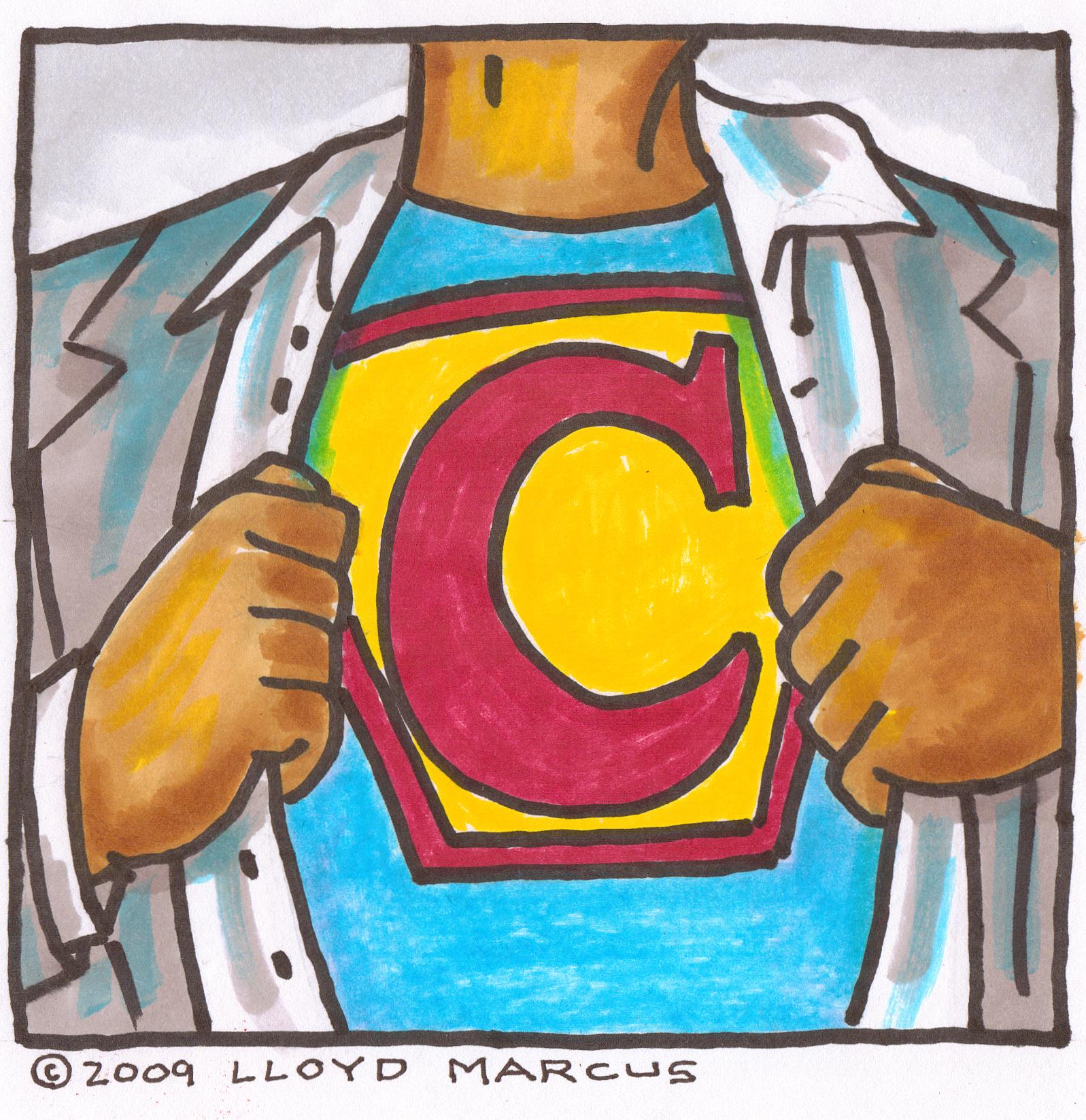 Remember how Superman stood for truth, justice, and the American Way? Oh, for a political party with the courage and values of the man who disguised himself as mild-mannered reporter Clark Kent -- no special concessions for any group, but truth, justice, and the American Way for all.
As a high-profile black member of the Tea Party Movement, I am constantly being asked by reporters, "Why isn't the movement doing more to attract minorities?" I say that the movement is doing exactly what it should be doing: standing up for conservative principles and values. Over time, this will attract all right-thinking Americans.
Entitlement-minded losers will be repulsed by our message, but that is OK. We are seeking to attract the kind of Americans who have made America great -- folks who still believe in American exceptionalism, who still see America as a shining city on a hill.
After traveling across America on three Tea Party Express tours, I am seeing more and more blacks at the rallies. I have begun interviewing them. They are mostly entrepreneurs or ex-military who have witnessed the negative consequences of socialism abroad. These blacks also display an air of pride, dignity, and self-confidence which comes from personal achievement. These blacks are cast from the same mold as former Secretary of State Condoleeza Rice and U.S. Supreme Court Justice Clarence Thomas, the kind of blacks hated by the NAACP.
Obama has appointed Al Sharpton as his "go-to guy" in getting his message to the black community. This is more "identity politics." Does this also imply that we blacks are too stupid to understand Obama and need Sharpton to interpret?
Admittedly, there are issues which are devastating the black community: high numbers of out-of-wedlock births, epidemic school dropout rates, and 50% of black babies aborted (blackgenocide.org). But these problems should not be dealt with from the standard Democrat "white folks don't care" or "it's whitey's fault" or "let's throw more money at it" point of view. The mess in the black community is proof of the utter failure of Democrat-enforced liberalism and not holding people accountable.
Blacks must be challenged to take responsibility for their lives. For crying out loud, this is America! A high school education is free. There is no reason other than a moral and parental breakdown for blacks not to graduate high school.
Chairman Steele, my bottom line is that the GOP does not need to pander to race, sex, or any other nonsense to win votes. Just stand up for what is right for all Americans. While I am not suggesting that you adorn yourself in a leotard, red briefs, and a cape, standing up for conservatism could make you America's Superman.
- Lloyd Marcus, (black) Unhyphenated American
lloydmarcus.com
|