The hardest thing in psychiatry is to keep an open mind while sitting with a patient, who might be trying to provoke and manipulate the doctor, day after day, month after month. We want to understand troubled people, but people are complex. Psychiatric diagnoses are just reasonable guesses. Most human beings are much too mixed, much too complicated, and much too interesting to reduce to just a checklist.

Obama is the exception. Lots of people talk like narcissist 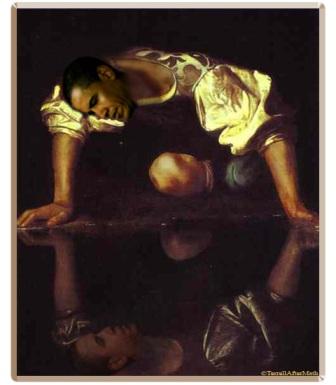 s -- when teenagers get grandiose, or when they start to lie to and manipulate their parents, it might be just a phase they're going through. Lots of people preen and strut on life's stage without losing their sense of proportion. But I think Obama just turned all his grandiose talk into irrevocable action. I don't think we've had this extreme and radical a president ever before in American history. Lincoln, Wilson, and FDR took radical actions, but only at a time of huge national crises. We don't have a national crisis today. Obama is our national crisis.
Obama is going for the "nuclear option" to force very bad and very toxic medicine down our throats. He is willing to sacrifice his congressional majorities to get the biggest, most budget-busting entitlement ever imagined into the permanent fabric of American national life. The main beneficiaries of Obamacare will be Obama's ego and the Permanent Left. This is his chance to be FDR, and he can't control his need for that glorified image.  He is therefore crossing the Rubicon -- making an irreversible decision that will define his presidency forever, win or lose. This is not just another grandiose gesture. Obama now stands revealed for what he is.
Sure, we've had l

ots of evidence of his oddities over the last two years -- Obama giving the finger to Hillary during the campaign; Obama thrilling to the sound of his own voice echoing at the Berlin Victory Monument, using Karl Marx's own words in Marx's old haunting grounds; Obama speaking to the whole Muslim world from Al Azhar Mosque in Cairo; Obama rushing to Copenhagen to rescue a scientifically phony climate treaty; Obama suddenly looking enraged last week when Rep. Paul Ryan demonstrated with impeccable logic that ObamaCare just doesn't add up. It's simple arithmetic. That C-SPAN shot of Obama's sudden expression of rage when he couldn't answer 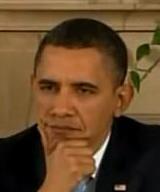 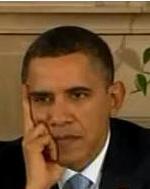 Paul Ryan is now being analyzed frame-by-frame by the intelligence agencies of the world. Their psychological teams are trained to look for momentary facial expressions, to study this man in every conceivable way, to see out how his mind works. If he can change the destiny of nations, you can be sure that lots of nations have whole KGB Directorates trying to read him. It's hardly a perfect science, but they would be fools not to try.
They are not fools.
Here's a partial checklist. You decide.
1. "Common to malignant narcissism is narcissistic rage. Narcissistic rage is a reaction to narcissistic injury (when the narcissist feels degraded by another person, typically in the form of criticism)."
2. "When the narcissist's grandiose sense of self-worth is perceived as being attacked by another person, the narcissist's natural reaction is to rage and pull down the self-worth of others (to make the narcissist feel superior to others). It is an attempt by the narcissist to soothe their internal pain and hostility, while at the same time rebuilding their self worth."
3. "Narcissistic rage also occurs when the narcissist perceives that he/she is being prevented from accomplishing their grandiose fantasies."
4. "Because the narcissist derives pleasure from the fulfillment of their grandiose dreams (akin to an addiction), anyone standing between the narcissist and their (wish) fulfillment ... may be subject to narcissistic rage. Narcissistic rage will frequently include yelling and berating of the person that has slighted the narcissist, but if strong enough could provoke more hostile feelings."
5. "Individuals with malignant narcissism will display a two faced personality. Creation of a 'false self' is linked to the narcissist's fear of being inadequate or inferior to others and this mask becomes ingrained into their personality so as to project a sense of superiority to others at all times."
6. "The narcissist gains a sense of esteem from the feedback of other people as it is common for the malignant narcissist to suffer from extremely low levels of self-esteem."
7. "The ... false self of the malignant narcissist is created because the real self doesn't meet his or her own expectations. Instead, the narcissist tends to mimic emotional displays of other people and creates a grandiose self to harbor their internalized fantasies of greatness."
8. "The [false self] is used by the narcissist to present to the outside world what appears to be a normal, functioning human being and to help maintain his or her own fantasies of an idealized self. The narcissist constantly builds upon this false self, creating a fictional character that is used to show off to the world and to help them feed off the emotions of other people."
There's ongoing debate about "malignant narcissism" as a diagnosis, and some people prefer to use the standard DSM-IV version. It doesn't make much difference in this case.
The biggest question is what happens next. If Obama is stopped, will he react irrationally? Or, for that matter, if he succeeds, will he become even more grandiose? Some possibilities are worrisome.
It's possible that Obama may be a "fanatic type" of narcissist. That could mean a world of trouble for the Democrats, for the nation, and given his position in the world, for other countries as well.
Here is Theodore Millon's definition of the fanatic type:

fanatic type - including paranoid features. A severely narcissistically wounded individual, usually with major paranoid tendencies who holds onto an illusion of omnipotence. These people are fighting the reality of their insignificance and lost value and are trying to re-establish their self-esteem through grandiose fantasies and self-reinforcement. When unable to gain recognition of support from others, they take on the role of a heroic or worshipped person with a grandiose mission.

By choosing the "nuclear option," Obama is demonstrating do-or-die fanaticism. This makes for great TV football, but it's very dangerous for the man in the biggest power seat in the world. We are seeing Obama the Radical taking over from Obama the Pragmatist -- if that one ever really existed. From what we know about his fanatical associates like Bill Ayers and Jeremiah Wright, sacrificing the Democratic Party majority in Congress would be only a small price to pay.
The question is what real damage Obama may do to the country. This man has been entrusted with the greatest power in the world. He will have that power for the next three years at least.
But he may not be able to emotionally tolerate any real limits on his need for self-aggrandizement and power. And still he can't be allowed to beat the country into submission.
Good luck to all of us.