Warning: mysqli_free_result() expects parameter 1 to be mysqli_result, bool given in /var/www/html/americanthinker/admin/common/functions/func.general.php on line 126
 A Further Inquiry into Obama's Origins - American Thinker
|

A Further Inquiry into Obama's Origins 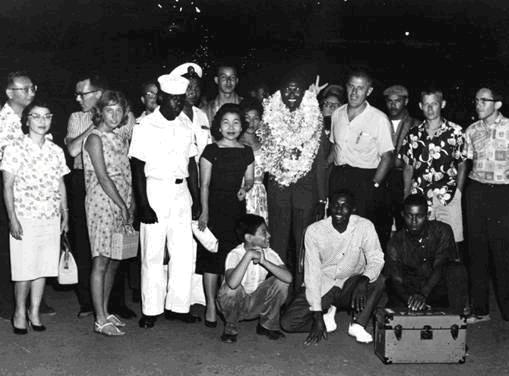 One other critical bit of evidence for this theory is a poem Obama wrote as a 19-year-old called "Pop." The poem begins:

Sitting in his seat, a seat broad and broken
In, sprinkled with ashes,
Pop switches channels, takes another
Shot of Seagrams, neat, and asks
What to do with me, a green young man

As I reported last week, most reviewers think this poem is about Stanley Dunham, and with some cause. "I can still picture Gramps leaning back in his old stuffed chair after dinner," writes Obama in Dreams, "sipping whiskey and cleaning his teeth with the cellophane from his cigarette pack."
If "Pop" refers to Gramps, then Obama seems to be confronting him with the recognition that Gramps is actually his father. Obama calls the poem "Pop," after all, not "Gramps."
"Under my seat, I pull out the  Mirror I've been saving," writes Obama. Yes, the two look alike and they smell alike. Pop has big ears, and he even has "the same amber  stain on his shorts that I've got on mine." The poem ends with bittersweet reconciliation when Pop stands and asks for a hug. Writes Obama:

I see my face, framed within
Pop's black-framed glasses
And know he's laughing too.

Gramps did wear black-frame glasses, and as to the "amber stain" reference, more on that later.
The mother in this scenario would have to have been black. Obama tells us in Dreams that Gramps frequented otherwise-all-black bars and hung out with the card-carrying communist Frank Marshall Davis, an African-American with Kansas and Chicago roots. In communist circles, the sharing of sex partners was not uncommon.
If a black woman, perhaps a friend of Davis's, gave birth to a child of Dunham's, Barack Sr. would have obliged the Dunhams by marrying Ann and claiming paternity in return for all the potential benefits of having an American wife and baby.
We also know that Stanley Dunham so desperately wanted a boy that he named his only child "Stanley Ann." Raising the young Obama would fulfill that desire. It would also explain the special relationship between him and Obama and the subsequent coolness of Obama's grandmother, Madelyn Dunham, or "Toot," to the whole charade. It might also explain Ann's distance from her presumed son, whom she would desert for long periods to advance her career.
This theory makes sense of the secret marriage in Maui, Stanley's enduring fondness for Barack Sr., the powerful resemblance between Stanley Dunham and Obama, and the Dunhams' apparent willingness to subsidize mother and baby in Seattle.
What remains unclear is what Ann would get out of the deal. True, she never wanted to leave Seattle in the first place, and Obama would have been (in this scenario) her little brother, but the burdens she would have assumed do not seem balanced by the benefits gained. This scenario also introduces one major unsubstantiated variable: the unknown black mother.
Ann Dunham and Frank Marshall Davis
Several of the respondents to last week's article, including a literary analyst I have previously referred to as Mr. West, argued for a relationship between Ann Dunham and Frank Marshall Davis. Although there is no particular physical resemblance between Obama and Davis other than color -- the undeniable resemblance is to Stanley Dunham -- there are some other connections worth pursuing.
An outspoken progressive, 17-year-old Ann arrived in Hawaii in 1960 angry and rebellious. She did not want to be there. An affair with the married, 54-year-old Davis would have suited her politics and sated her need for revenge. In 1946, Davis, then 40, married a 21-year-old white socialite. Young white women obviously did not scare him off -- not by a long shot.
This is all speculative and would be wildly so were it not for the poem "Pop." The whiskey-drinking, the smoking, the dispensing of sage advice, and the black-frame glasses fit Davis as well as they do Stanley Dunham. "I was intrigued by old Frank," Obama writes in Dreams, "with his books and whiskey breath and the hint of hard-earned knowledge behind the hooded eyes." One sequence in "Pop" actually fits Davis better.

Makes me smell his smell, coming

From me; he switches channels, recites an old poem

He wrote before his mother died,

Writes Obama in Dreams, "[Davis] would read us his poetry whenever we stopped by his house, sharing whiskey with Gramps out of an emptied jelly jar." It was Davis who instructed Obama in the ways of blackness. "I'm just telling you to keep your eyes open," Davis told him on one occasion. "Stay awake." Davis is an important figure in Obama's life. Obama alludes to him on nine separate occasions in Dreams. If "Pop" were Davis, then Obama may use the honorarium to suggest no more than an African-American godfather. Then again, "Pop" may have been a literal designation.
As something of a side note, what caught Mr. West's eye were the similarities in poetic style between Davis and the Obama of "Pop." What struck both of us is that "Pop" is much more sophisticated than "Underground," a silly poem about fig-eating apes that also appears under Obama's name in the spring 1981 edition of Occidental College's literary magazine, Feast.  Whether "Pop" refers to Gramps or Davis, it would not surprise me if Davis provided substantial help with the poem, a pattern that would repeat itself with Bill Ayers in the writing of Dreams.
One other issue that needs to be addressed, and a sensitive one, is that of sex. As reported in the U.K.'s Telegraph (and elsewhere), in 1968 Davis published under the pseudonym Bob Greene an only slightly fudged autobiographical manuscript titled Sex Rebel: Black. In the book, Davis concedes that "under certain circumstances I am bisexual" and that he was also "a voyeur and an exhibitionist." If Davis is "Pop," then this could explain the "amber stain" on the shorts of both mentor and initiate. How else to explain those stains?
One chapter of Sex Rebel deals with the seduction by Davis and his wife of a 13-year-old girl called "Anne," who was introduced to him by a trusting relative. "I'm not one to go in for Lolitas. Usually I'd rather not bed a babe under 20," he writes, "But there are exceptions."
An amateur photographer, Davis had once started a photography club in Chicago. It has not been verified that he shot the nude photos floating around the internet of a woman who looks stunningly like Ann Dunham, nor has "Anne's" identity been confirmed. Still, there would have been nothing out of character for either Ann or Davis to have collaborated on this project.
Were the married Davis the father, and had Dunham introduced his daughter to Davis, it may explain what Obama has described as "the complicated, unspoken transaction between the two men." In this scenario, both would have had a vested interest in finding someone else to take the paternity rap. By keeping the marriage secret, they would have allowed Barack Sr. to continue living the life of a single man.
Barack Sr. had a lot to offer, starting with his pigmentation. Besides, as a Kenyan, he would have given the boy more than a name. He would give him a distinctive identity as an "African" -- his race listed on the certification of birth -- a more respected ethnicity in the America of the 1960s than "Negro." Indeed, Obama has built his career around his exotic identity. Were he named after Frank Marshall Davis or any other American, he may never have been elected president.
This scenario would help explain why Barack Sr. blithely blew off his new family when he headed for Harvard a year after Obama's birth, rejecting a reported opportunity to take both wife and child to New York. More importantly, it would explain why Ann went to Seattle so promptly after the birth and with so little fuss. This would have been her baby, and she was proud of him. In addition, her departure would have allowed Barack Sr. to live life as he pleased in Hawaii. If Abercrombie saw "little Barry," it was almost assuredly after Ann returned.
This theory might also iron out some chronology wrinkles. An August 4 birth would suggest an early November conception. Obama biographer Christopher Andersen, however, reports that Ann told the Dunhams of her pregnancy in "late October." Presuming a missed period as first alarm, this would put conception in early September -- before Ann would have met Barack Sr. This earlier conception date better explains both why Ann did not enroll for a second semester and how she was able to leave by mid-August for Seattle. If all this is true, however, it presumes active date-manipulation by Team Obama -- a big "if."
Then, finally, there is the Chicago connection. Davis first arrived in Chicago in 1927 and ultimately left for Hawaii in 1948. Upon moving to Chicago nearly sixty years after Davis first arrived, Obama "imagined Frank in a baggy suit and wide lapels, standing in front of the old Regal Theatre, waiting to see Duke or Ella emerge from a gig." In a very real way, Chicago may have been his homeland, not Kenya, and he would have known it.
The Davis-as-father scenario may not be conclusive enough to override the ruling on the field, but it would explain the Obama camp's fear of documentation, and it deserves, at the very least, further review in the booth.
|