Obama Aids the Enemy He Will Not Name

White House National Security Adviser James Jones warned that Americans would feel "a certain shock" after reading the report on the Islamic jihadist who hid bombs in his crotch and tried to blow up Northwest Flight 253 in Detroit on Christmas Day. 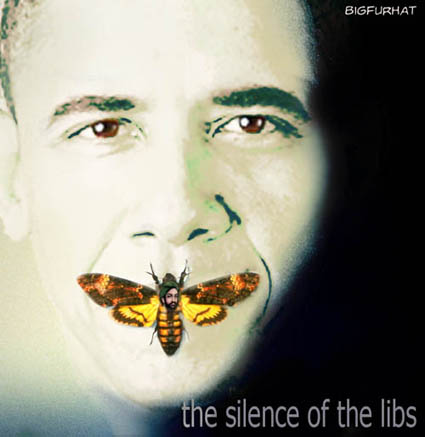 n the war on the West is what he didn't say. Not once in Obama's self-aggrandizing speech on the Muslim Christmas bomber did he ever mention jihad or Islam.
And that is whom we are at war with.
To say that al-Qaeda alone is the enemy is just more obfuscation and deception. It's bureaucratic boilerplate.
Imagine, if you will, during, say, World War II, if the Axis press accounts of Allied military operations refused to use the word America or United States.
For example, a D-Day report would go like this: On June 6, 1944, nearly 160,000 Iowans, New Yorkers, Jerseyans, Alaskans, Texans, and some black and white folks landed along a 50-mile stretch of heavily-fortified sandy coastline to fight Nazi Germany on the beaches of Normandy, France. More than 5,000 ships and 13,000 aircraft filled with all kinds of people supported the D-Day invasion, and by day's end, Floridians had gained a foothold in Normandy.
Obama would speak only about "al-Qaeda."
Al-Qaeda is a manifestation of devout Islam. Just as Hamas, Hezb'allah, al-Muhajiroun, The Armed Islamic Group, the Moro Islamic Liberation Front, MILF, CAIR, ISNA, Fatah, the Muslim Brotherhood, al-Gama'a al-Islamiyya, the Armed Islamic Group of Algeria...
It is Islam.
And by refusing to name the enemy, Obama has perpetrated yet another devastating attack on American security.
He is by far the most secretive and opaque president we have ever had the bad judgment to elect. While Obama and his gang of thieves hide behind closed doors to pass secret health care legislation that will enslave Americans under the Stalin-like propaganda chimera of "reform," he has opened to our mortal enemies a veritable treasure trove of intelligence.
On December 29, and very much under the radar, (he was sunnin' and funnin' in Hawaii at the time), Obama declassified just about everything he possibly could. All of it will help foreign governments and Obama's Communist-Socialist associates in the U.S. This executive order is a tsunami info-dump of newly declassified data -- material that was classified before June 29, 1985. It is all about to be made public -- despite the danger this poses to U.S. national security -- 180 days from the signing of the Executive Order.
The age of the documents doesn't automatically diminish the national security risk. Many of the individuals and organizations this material will cover are still very much with us. And Obama's new regulations also make it tougher to classify documents. "When determining to originally classify information, if there is significant doubt about the need to classify the information, it shall not be classified." Why not err on the side of caution, especially in a time of war?
The new rules stipulate that "information in permanently historically valuable records exempted from automatic declassification at 25 years must be declassified at 50 years unless it concerns: a confidential human source, a human intelligence source, or key design concepts of weapons of mass destruction." Reassured? Don't be. The definition of "weapons of mass destruction" has also been changed so as to allow for the declassification of more documents.
Obama will also establish a new National Declassification Center (NDC), whose job will be to "streamline declassification processes. ...The President has committed the NDC to process over 400 million records by 2013 and so this center will be very large scale in nature."
Worst of all, the new regulations specifically describe processes by which "classified information originating in one agency may be disseminated by any other agency to which it has been made available" to foreign governments.
Imagine: We can't see health care legislation, but our enemies can see...everything from twenty-five years ago.
This breach of national security is a treacherous act, a gift to our enemies, and fodder for a propaganda press.
Imagine such an action in a time of war.
But since Obama won't even say who we're at war against, it isn't surprising.

Graphic by Big Fur Hat.
Pamela Geller is the editor and publisher of the Atlas Shrugs website and is former associate publisher of the New York Observer. She is the author (with Robert Spencer) of the forthcoming book The Post-American Presidency: The Obama Administration's War on America (Simon & Schuster).
|