Warning: mysqli_free_result() expects parameter 1 to be mysqli_result, bool given in /var/www/html/americanthinker/admin/common/functions/func.general.php on line 126
 Radical Feminism's Attack on Manhood in America - American Thinker
|

Over the years, radical feminism has been attempting to demonize any display of testosterone. The slightest aggressive behavior is taken to the ultimate extreme and used to portray males as abusers. Their goal clearly is to wimpify maleness.

When I was serving on the board of our local YMCA, a national touring team of Christian strongmen/bodybuilders wanted to make a presentation to our youths. Through various exciting, well-choreographed displays of strength (chopping through cinder blocks with their bare hands, etc.), the ministers taught kids Christian values and principles. Our female chairperson of the board rejected their proposal. She said their display struck her as promoting violence. I thought, Give me a break. Since when did any hint of maleness become a bad thing?
Whether feminists like it or not, boys are designed to display strength and power, as well as to bond 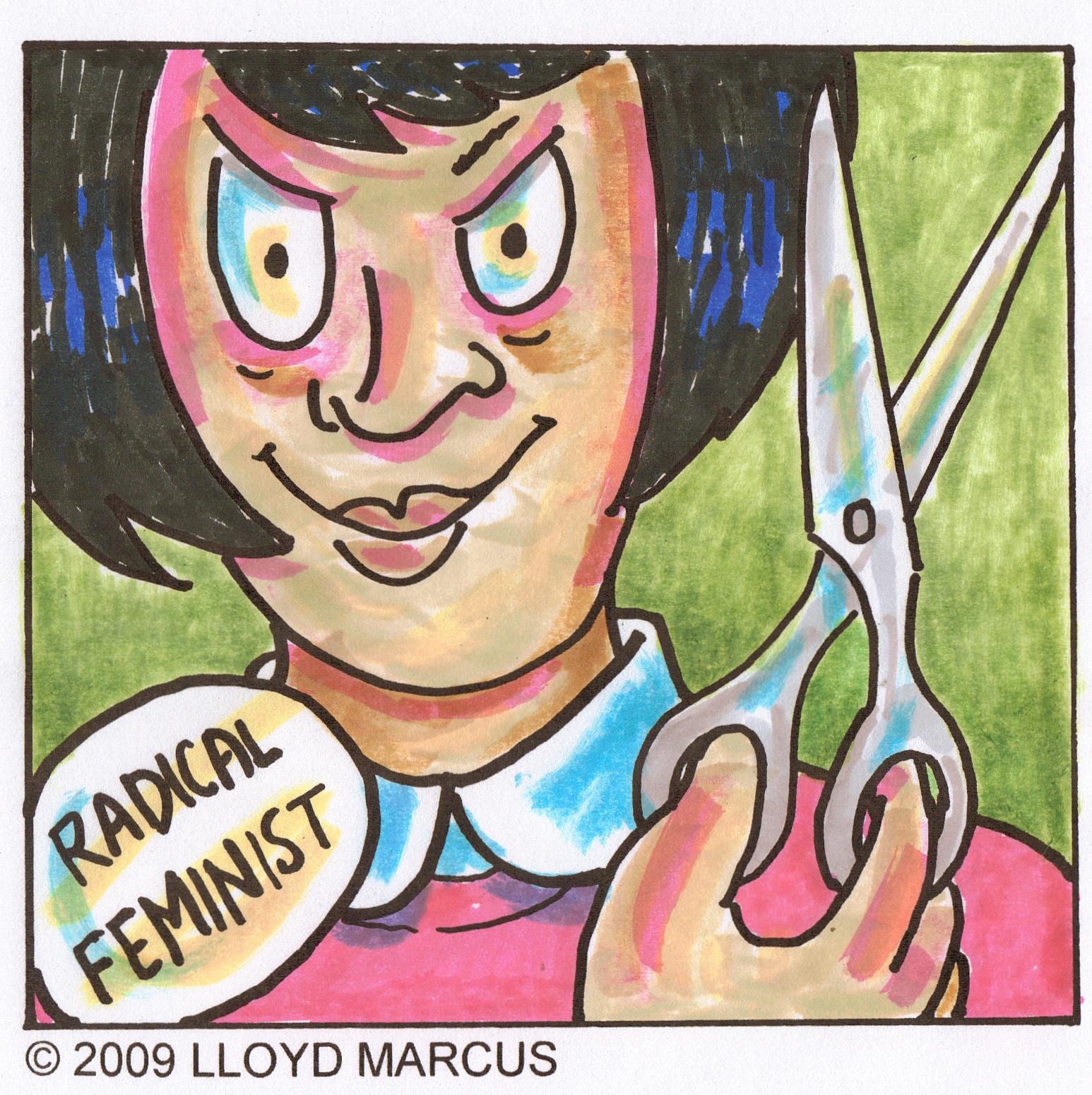 with other males. This is why so many fatherless boys join gangs. While I assume some kids truly are hyperactive, I wonder: How many boys are being drugged simply for acting like boys?
When I was a kid, I saw the movie A Flower Drum Song. One of the songs was called "I Enjoy Being a Girl." Well, I proudly proclaim, "I enjoy being a guy." As a kid, I wanted to grow up to become an artist. But even more than that, I wanted to grow up to be a man: brave, strong, and always attempting to do the right thing. I know that sounds a bit corny. Blame it on my dad, because this is the image my four younger siblings (three brothers, one sister) and I had of him.
In the early sixties, we black kids were bused to a newly integrated, mostly white junior/senior high school. I was a short kid in seventh grade. Brutus was in the ninth grade, six feet tall and on the school's basketball and football teams. He demanded my seat next to Barbara Jean on our school bus ride home.
Had Brutus asked me to give up my seat, I would have. But even at my young age, I knew allowing myself to be bullied would damage my manhood. Knowing Brutus would probably kick my butt, I determined my manhood was worth it. I told Brutus, "No!"
When the bus came to my stop, I dashed off running for my life. The long-legged, gifted athlete caught me and proceeded to pound me into the gravel road. Only the sight of my mom yelling and running towards us forced the giant to flee.
Surprisingly, Brutus and I later became friends. I believe he respected my courage.
Even fatherhood is no longer honored and respected. I find it difficult to enjoy sitcoms and movies where the kids totally disrespect the father. They say whatever they want to him. The message is clear: "Dad is an idiot." It's a far cry from the classic TV show, Father Knows Best.
To a certain degree, radical feminists have been successful in their quest to wimpify American men. You see it in everything from the way news stories are covered to national political issues. We are overly concerned with feelings rather than doing the right thing.
I saw a great old movie, based on a true story, titled Lifeboat. After a shipwreck, a young captain attempted to save as many survivors as possible who were crammed well over capacity in a lifeboat. The captain was forced to make extremely difficult decisions, like rationing food and water and dumping the almost dead overboard. A weak leader who refused to do what needed to be done would have caused the deaths of everyone. Despite strong criticism and mutiny by some, the courageous young captain took responsibility and made painful decisions which saved the lives of most of the survivors. Upon their rescue, everyone in the lifeboat was overwhelmingly grateful to the brave captain, even calling him a hero. Once they were safe and secure on dry land, however, they called him a murderer. How typical. Eagles fly alone. Where are America's great men?
America needs politicians of character and strength who will say "no" to entitlement/redistribution programs. Such counterproductive programs become law when we are seduced by characterless politicians. These scoundrels skillfully appeal to our lower nature by playing the class envy card. Like perfect suckers, we clamor, "Let's get those rich SOBs who have succeeded on the backs of the poor!" It is also time we say no to our Oprah-ized society, where everything is about feelings and everyone is a victim.
American men have a perfect example of strength and taking a stand for what is right to emulate. Ironically, it is a woman from Alaska. 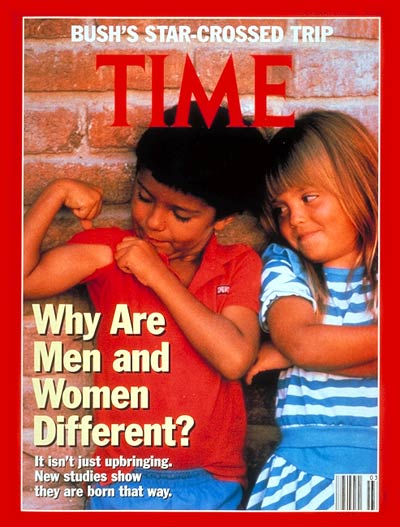 A 1992 TIME Magazine cover read,"Why Are Men and Women Different?" Amazingly, this simple obvious truth was reported as a major scientific discovery.
Whether in athletics, business, or government, controlled, well-placed, and appropriate amounts of testosterone are a good thing. Boldly say "no" to tyranny and evil. Radical feminism is a perversion. It is not representative of the desires of most men and women.
Men should take pride in and honor their maleness. This in no way diminishes women. On the contrary, real men are not threatened by women with healthy self-images. They even enjoy such women.
So look out, radical feminists: We American men are back! Wow, writing this article has me feeling pretty macho. I'm fighting an urge to pound my chest and provide meat for my family. "Honey, get dressed! I'm taking you to dinner at our favorite steakhouse! Afterwards, we'll rent a movie. How about Tarzan, KING of the Jungle?"
-Lloyd Marcus, (black) Unhyphenated American
lloydmarcus.com
|