Warning: mysqli_free_result() expects parameter 1 to be mysqli_result, bool given in /var/www/html/americanthinker/admin/common/functions/func.general.php on line 126
 A Decade and Its Three Crises - American Thinker
|

A Decade and Its Three Crises

When we look back at the decade 2000-2009, we may well define it by three crises: the crisis that didn't happen, the crisis that wasn't supposed to happen, and the crisis that we don't realize is happening. We haven't learned the lessons of the first two, and our ignorance of the third may doom us to be slaves to our government, rather than the other way around.

Leading into the changeover from 1999-2000, we faced Y2K, the crisis that didn't happen. Many people thought computers' dates would go from 1999 back to 1900, causing our computer-dominated world to fail: bank accounts disappearing, air-traffic systems (and airplanes) crashing, and everything leading to economic collapse and a return to the Stone Age.
Some scientists told us the world would end, but it didn't. And the solution didn't necessitate everyone throwing out their computers and buying new ones. We should remember this non-crisis when we think about global warming.
On September 11, 2001, America faced the crisis that wasn't supposed to happen. Islamists attacked the United States' biggest city/financial center and the headquarters of our nation's military. This is America; we have the most powerful military in the world and the best intelligence. How could it happen?
A major cause of the September 2001 attacks was our own negligence, our political correctness, and our refusal to learn lessons from previous attacks, such as the bombing of our barracks in Lebanon, the attack on the USS Cole, and the first Trade Center bombing.
Immediately after 9/11, it seemed as if we learned from the attack. Our government's first priority was to fight the Islamist terror threat, and the people were willing to do whatever it took to fight Islamic terrorism at home and abroad.
The lessons of 9/11 have long since been forgotten. Our politically correct government is refusing to call our enemy by name (Islamists). The vast majority of Muslims in the U.S. are law-abiding people, but that doesn't change the fact that we are being attacked by Muslim terrorists. An army must know its enemy; otherwise, it cannot recognize and defeat them.
We look weak when we develop a strategy to fight what our ruling party called "the Good War," or Afghanistan. Four months after the new president changed the war strategy, it was time for a new one. He spent three additional months weighing our safety against the desires of his political allies. In the end, he announced a compromise surge that pleased few coupled with a disengagement that emboldened our enemies. We also look weak when we continue to reach out to Iran; they slap our hand away, and we try to reach out to them again.
We've forgotten 9/11 when a terrorist can be on a terrorist watch list but isn't put on the no-fly list, and he receives a visa to enter the country despite the fact that his father tried to turn him in to the U.S. as a potential threat. We've forgotten 9/11 when our Secretary of Homeland Security looks at the near-fatal attack on Northwest Flight 253 and announces that the system worked.
Gene Simmons of Kiss (born Chaim Witz in Haifa, Israel) suggested how we should be looking at terror in a May 2007 interview with Radar:

... once a graduate of any madrassa in the Middle East straps on bombs that can take out cities, you're done ... there's a guy with a gun a mile away, I think it's the same thing as if that gun is pointed right at my head. We don't want to die by some madman's hand. The difference is, I'm very proactive and want to take that guy out before he becomes a menace. In other words, I do think there's a military option with Iran.
In terms of this Republican administration, some views about stem cell research, gay rights, separation of church and state, and on and on -- I don't agree with any of them. But you can worry about the trees and the environment and gas emissions later. Right now there's a bigger problem, and it's a guy who doesn't care if you're a Republican or a Democrat; he wants to blow himself up and take you out. That's the problem. I think racially profiling anybody from the Middle East ... as an Israeli, I want you to look at me first. I want you to search my anal cavity and look at my tax records. I want you to look at me first, and then at every guy named Muhammad.

The third crisis is the one that very few realize is happening. This may well be the crisis that defines the next decade: a government takeover of our lives.
Our largest manufacturing industry -- automobiles -- was taken over by the government, who took equity from investors who had advanced cash to the firms and then gave to the unions. The banking system was taken over after a crisis caused by government forcing banks to make bad loans to people who could not afford them. A pay czar is setting salary levels for businesses we have taken over and making salary "recommendations" for others. 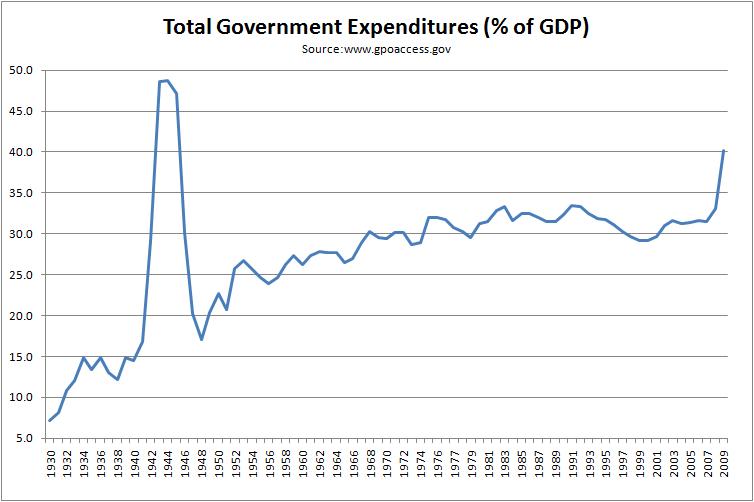 The role of government in the economy has spiked. Government spending now represents 40% of the U.S. gross national product.
The Congress, directed by the president, is working to take over the health care system, despite the objections of the American people. The threat of this bill is more than simply controlling another 16% of the economy. The ObamaCare bill creates government control over our lifestyles, from what we eat to what we put in vending machines to when and how we die.
Our government is trying to control how we consume energy. They have prepared legislation which will control everything from transportation to creating a smart grid that will move the thermostat in our houses without our permission.
None of this -- none -- is supported by the Constitution that has kept us free for some 222 years.
The government is protecting groups such as ACORN and the New Black Panthers in Philadelphia -- elements who are trying to suppress the power of the American people. It attacks whistle-blowers who try to protect our rights. AmeriCorps AG Gerald Walpin was fired by the POTUS. The "Pimp/Hooker" ACORN investigators, James O'Keefe III and Hannah Giles, have been "rewarded" with the threat of prosecution.
None of this should be a surprise. Presidential Chief-of-Staff Rahm Emanuel warned us in November 2008.
"You never want a serious crisis to go to waste,"  Emanuel told a Wall Street Journal conference of top corporate chief executives, "Things that we had postponed for too long, that were long-term, are now immediate and must be dealt with. This crisis provides the opportunity for us to do things that you could not do before."
One of the "things that could not be done before" described by Emanuel is switching the relationship between the American people and government. We have forgotten the words of Patrick Henry:"The Constitution is not an instrument for the government to restrain the people; it is an instrument for the people to restrain the government."

Emanuel isn't the first son of an Israeli who, after rising to power in a new land, used a crisis to facilitate a government takeover of people's lives. That honor belongs to Joseph from the Bible. He became the number two guy in Egypt by predicting seven years of plenty followed by seven years of famine. During the years of plenty, he executed a plan of storing the excess grain.
When famine hit, Joseph didn't let the crisis go to waste. Pharaoh's storage buildings were the only place to get food. Joseph used that advantage to make the Egyptian people totally dependent on government. He made them sell their land and livestock to the to the Pharaoh in exchange for food. In the end, everyone found himself working for the government.
The downside was that when a Pharaoh who "knew not Joseph" arose, he sent Joseph's people into slavery for the next 210 years. Will the result of Emanuel's not wasting a crisis include the rise of a president who knows not the Constitution? Will the people of Emanuel's adopted land become the slaves of their government? Such a future can be fought only by an American people who understand what's happening and possess the will to fight it off. Hopefully the next decade will be called the Decade of Government by the People.
Sammy Benoit is the editor of the political blog THE LID.
|