Warning: mysqli_free_result() expects parameter 1 to be mysqli_result, bool given in /var/www/html/americanthinker/admin/common/functions/func.general.php on line 126
 CO2 driven global warming is not supported by the data - American Thinker
|

CO2 driven global warming is not supported by the data

By Girma J. Orssengo
CO2 -- many seek to regulate it, legislate it, tax it, capture it, sequester it, cap it, trade it or otherwise control it.  And they who do would have us risk nothing less than worldwide economic destruction based on the theory that not doing so will inevitably lead to catastrophic global warming.  But one need only study the past two centuries of climate history to conclude that CO2 simply does not drive global warming.
Let us start from the data. The plot of the mean global temperature anomaly in deg C for the data from the Hadley Centre from year 1850 to 2008 is shown below. 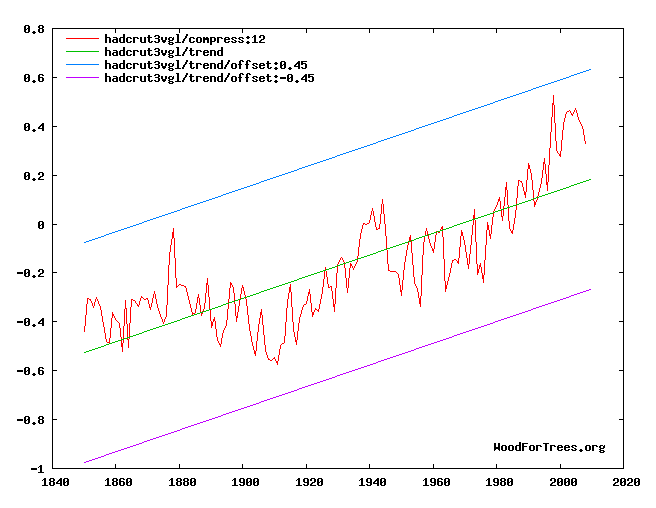 Figure 2. Mean global temperature anomaly before 1910 from tree-ring data.
The above plot shows a linear warming trend line given by the following equation.
Linear Anomaly in deg C = 0.47(Year-1810)/100 - 0.63
This linear warming of 0.47 deg C/100 years, two centuries ago, is of similar magnitude to that of the last century's value of 0.44 deg C/100 years. There was no significant change in the linear anomaly in the previous two centuries. As a result, the linear warming of the last century was not caused by human emission of CO2.

To study the oscillating anomaly separately, we remove the linear warming trend from the anomaly plot using an online software at WoodForTrees.org by using a value of DETREND=0.706, which rotates the warming trend line shown in Figure 1 clockwise to a horizontal line. The anomaly plot with its linear warming removed (oscillating anomaly) is shown below. 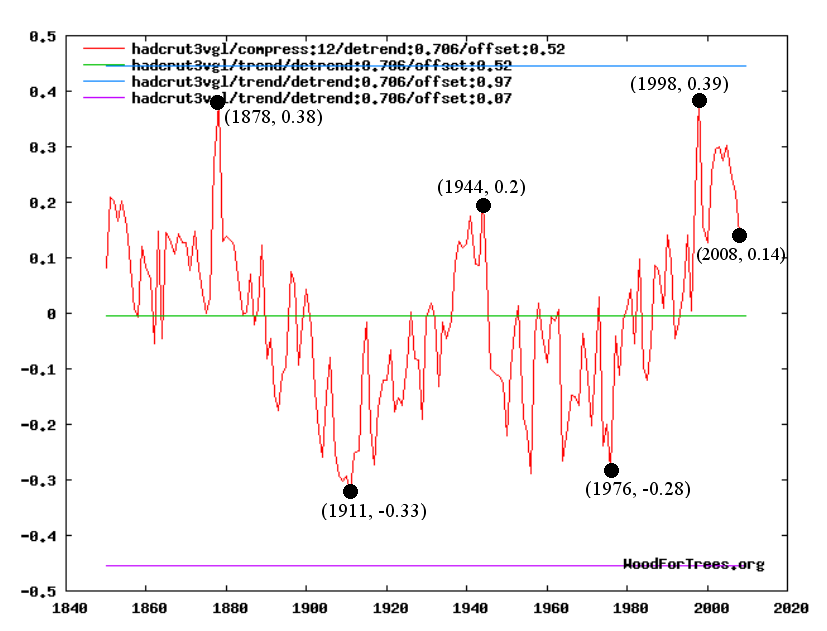 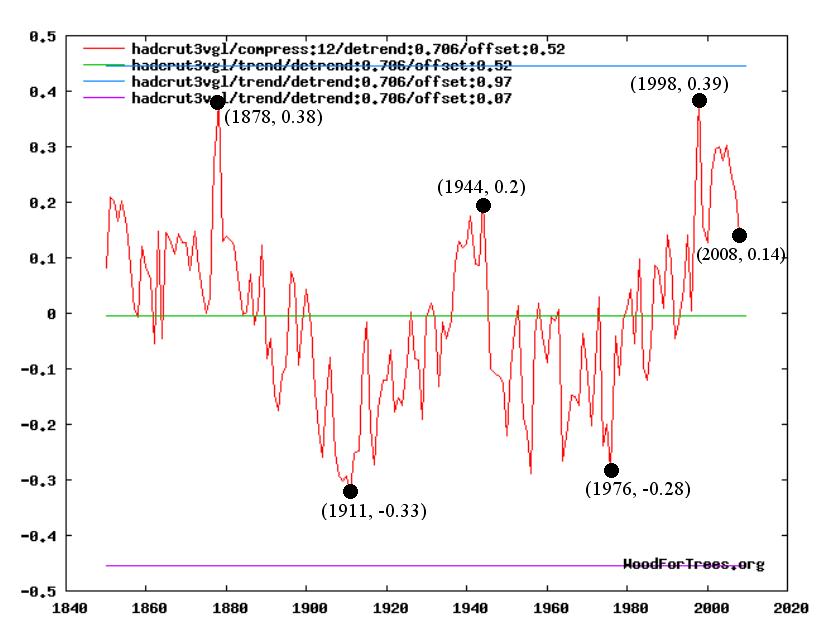 Science is about the data. Science is not about consensus or authority.
The linear global warming of the last century was similar to that of two centuries ago. The oscillating warming by 0.67 deg C from 1976 to 1998 is as natural as the oscillating cooling by similar amount from 1878 to 1911. From Figure 4, there is no shift in mean global temperature anomaly in the last century as a result of CO2 emission. None.
CO2 driven global warming is not supported by the data.
Girma Orssengo, MASc, Ph.D.
|