"The grand delusion of contemporary liberals is that they have both the right and the ability to move their fellow creatures around like blocks of wood -- and that the end results will be no different than if people had voluntarily chosen the same actions."
- Thomas Sowell
"The minute the president signs a health care reform bill, his approval will go up. Secondly, within a year, when all those bad things they say will happen don't happen, and all the good things happen, approval will explode."
- Bill Clinton
"Pride goeth before destruction, and a haughty spirit before a fall."
- Bible (King James version)

"We have the right and the ability to ram our health care ‘reform' down your throats and after we do, you'll thank us for it."  That's what Thomas Sowell and Bill Clinton, both, are saying, except that Clinton actually believes it.  So, apparently, do a large portion of his party.  Others, including the president, don't care whether we thank them or not.  And I would go a step farther to question whether they even care if they have the right, as long as they have the power.
Which brings us to the third quote.  Is there any trait that defines your average "contemporary liberal" more than haughtiness of spirit -- or to put in common parlance, arrogance?  Here's what the president told the employees of Monaco RV, Indiana 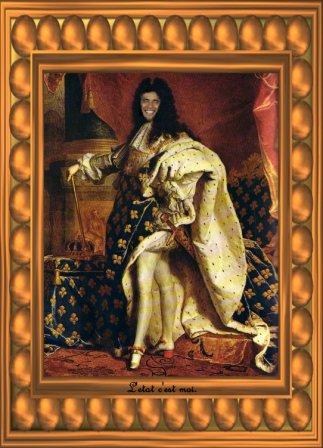 "I promise you, we will pass reform by the end of this year because the American people need it."

So says the president and never mind whether the American people want it.  Indeed a majority of the public, in one recent poll, said that if the choice is between the Democrats' plan and no plan at all, they'll take option B.  As would I.
But what's the clearly stated preference of the majority of Americans to Barack Obama? Or Nancy Pelosi?  Or Harry Reid?  They and their congressional fellows know what you need and that's good enough for them.  Who cares what the American people want?  Why think when we've got the collective wisdom of Barney Frank and Maxine Waters to do our thinking for us?  And if congressional committee chairmen see no reason even to read the legislation they're voting for, why should we?  I mean, we're talking 1,000 pages, here, more pages, even, than Harry Potter.
On the other hand, more pages means more room for Harry Potter-esque magic -- the kind our intellectual superiors in Congress will need to make a $1 trillion plan save money after the CBO specifically said that it won't.  But then, you're nobody while they're congressmen.  You need to budget.  They don't.  They don't need no stinkin' CBO estimate.
And we don't need their stinkin' health care "reform."  What we do need is tort reform, and the ability to buy health care insurance across state lines.  Which is precisely what the Republicans are proposing.  But the Democrats are not listening.  Nor, apparently, do they plan to soon.
Not, that is, unless We, the People -- we, the very foolish people who elected these jokers -- make them listen.  And toss out the ones who refuse to listen.
Pride doth indeed goeth before destruction, and a haughty spirit before a fall.  The Democrats' arrogance has brought them to the precipice.  All they need is a push, which it is incumbent upon us to supply.  And remember:  The word, fall, has more than one meaning.  For me, it means the fall of 2010, when I suspect a lot of Democrats will find out just how true a biblical quote can be.
|