Warning: mysqli_free_result() expects parameter 1 to be mysqli_result, bool given in /var/www/html/americanthinker/admin/common/functions/func.general.php on line 126
 A Lenin's Birthday Story - American Thinker
|

UFOs and AGW
The Next Ice Age
Green up, Man! It's Freaking Earth Day!
Saving Our Planet, One Guilt Trip at a Time
A Lenin's Birthday Story

This short story was written when I still lived in Ukraine in the early 1990s. It was intended to be a chapter in a fact-based novel, as yet unpublished. Although the Communist Party had been officially disbanded, it still maintained a firm grip on the country, using every means of manipulation available. Proponents of leftist ideologies around the world share one common trait: they always demand to be included, but once you let them in, they force everybody else out, while refusing to leave themselves. 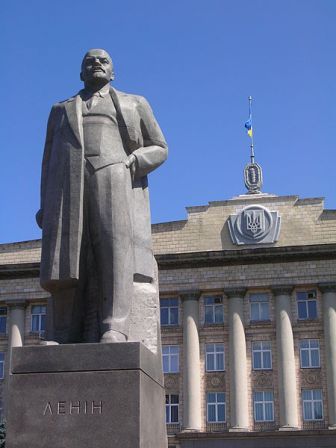 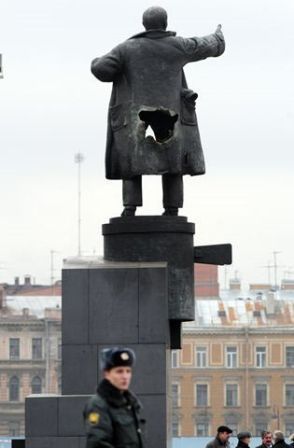 the Lenin monument was officially removed from the square, which no longer bears Lenin's name. The plan was to transport it to a less prominent location, but when the crane attempted to lift the statue, it crumbled like an empty cape, following the fate of the country Lenin had created. Here is a video of it.
Lenin's birthday is still openly celebrated by groups of old-guard veterans, who occasionally manage to get younger people involved. However, this year has seen an increase in attacks on Lenin statues in both Russia and Ukraine, the most notable one being the hole in Lenin's backside blown off with explosives in St. Petersburg on April 1, the international Fools Day.
Oleg Atbashian is proprietor of The People's Cube.
|