Warning: mysqli_free_result() expects parameter 1 to be mysqli_result, bool given in /var/www/html/americanthinker/admin/common/functions/func.general.php on line 126
 An open letter from The Viscount Monckton of Brenchley to Senator John McCain about Climate Science and Policy - American Thinker
|

By Viscount Monckton of Brenchley

Open letter from The Viscount Monckton of Brenchley to Senator John McCain about Climate Science and Policy.

Dear Senator McCain, Sir,
YOU CHOSE a visit to a wind-farm in early summer 2008 to devote an entire campaign speech to the reassertion of your belief in the apocalyptic vision of catastrophic anthropogenic climate change - a lurid and fanciful account of imagined future events that was always baseless, was briefly exciting among the less thoughtful species of news commentators and politicians, but is now scientifically discredited.
With every respect, there is no rational basis for your declared intention that your great nation should inflict upon her own working people and upon the starving masses of the Third World the extravagantly-pointless, climatically-irrelevant, strategically-fatal economic wounds that the arrogant advocates of atmospheric alarmism admit they aim to achieve.
Britain and the United States, like England and Scotland on the first page of Macaulay's 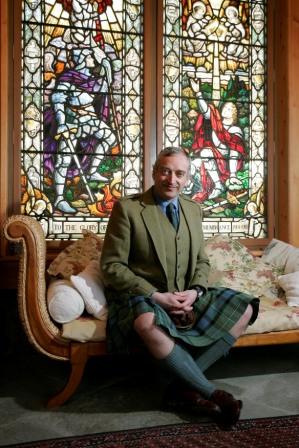 splendid History of England, are bound to one another by "indissoluble bonds of interest and affection". Here in this little archipelago from which your Pilgrim Fathers sailed, we have a love-love relationship with what Walt Whitman called your "athletic democracy". You came to our aid - to the aid of the world - when Britain had stood alone against the mad menace of Hitler. Your fearless forces and ours fight shoulder to shoulder today on freedom's far frontiers. The shortest but most heartfelt of our daily prayers has just three words: "God bless America!" For these reasons - of emotion as much as of economics, of affection as much as of interest - it matters to us that the United States should thrive and prosper. We cannot endure to see her fail, not only because if she fails the world fails, but also because, as the philosopher George Santayana once said of the British Empire and might well now have said of our sole superpower, "the world never had sweeter masters." If the United States, by the ignorance and carelessness of her classe politique, mesmerized by the climate bugaboo, casts away the vigorous and yet benign economic hegemony that she has exercised almost since the Founding Fathers first breathed life into her enduring Constitution, it will not be a gentle, tolerant, all-embracing, radically-democratic nation that takes up the leadership of the world.
It will be a radically-tyrannical dictatorship - perhaps the brutal gerontocracy of Communist China, or the ruthless plutocracy of supposedly ex-Communist Russia, or the crude, mediaeval theocracy of rampant Islam, or even the contemptible, fumbling, sclerotic, atheistic-humanist bureaucracy of the emerging European oligarchy that has stealthily stolen away the once-paradigmatic democracy of our Mother of Parliaments from elected hands here to unelected hands elsewhere. For government of the people, by the people and for the people is still a rarity today, and it may yet perish from the earth if America, its exemplar, destroys herself in the specious name of "Saving The Planet".

The facts about carbon dioxide concentration
You have said: "We know that greenhouse gasses are heavily implicated as a cause of climate change. And we know that among all greenhouse gasses, the worst by far is the carbon-dioxide that results from fossil-fuel combustion."
Sir, the first of your two quoted statements requires heavy qualification: the second is scientifically false. The combined effect of the two statements is profoundly misleading.
Greenhouse gases keep the world warm enough for plant and animal life to thrive. Without them, the Earth would be an ice-planet all of the time rather than some of the time. The existence of greenhouse gases, whether natural or anthropogenic, retains in the atmosphere some 100 Watts per square meter of radiant energy from the Sun (Kiehl & Trenberth, 1997) that would otherwise pass out uninterrupted to space.
According to the UN's climate panel [IPCC, 2007], anthropogenic "radiative forcings" from all sources compared with 1750 account for just 1.6% of this total, or perhaps almost 5% if temperature feedbacks as currently overestimated by the UN are taken into account. I say overestimated because the sum of the UN's high-end estimates of individual temperature feedbacks exceeds the maximum that is possible in the feedback equation used by the UN, implying that the central estimates are also very likely to be excessive. Your words "heavily implicated", therefore, seem somewhat overstated.
As to your second statement, the "worst" greenhouse gas - the one which, through its sheer quantity in the atmosphere, accounts for two-thirds of the 100 Watts per square meter of greenhouse-gas radiative forcing reported by Kiehl & Trenberth (2007, op. cit.) - is water vapor. Carbon dioxide accounts for little more than a quarter.
Two-thirds of the carbon dioxide concentration in the atmosphere is naturally present, and carbon dioxide occupies just one-ten-thousandth more of the atmosphere today than it did 250 years ago (Keeling & Whorf, 2004, updated): for the atmosphere is large and we are small.
The UN's climate panel [IPCC, 2007] thinks that a doubling of carbon dioxide concentration compared with 1750 might occur later this century on current trends, and may lead to a global temperature increase of almost 6 °F. However, numerous papers in the peer-reviewed literature confirm that the UN's central climate-sensitivity projection must be excessive.
Allowing for the fact that the UN's climate panel has exaggerated the effects of temperature feedbacks, the temperature increase in consequence of a doubling of carbon dioxide concentration could be as little as 1 °F. Values as low as this have been suggested in the peer-reviewed literature (e.g. Chylek et al., 2007).
You have proposed, in your speech that three-fifths of the US economy should be closed down by 2060. Do you not think that a far greater degree of scientific certainty as to the effects of minuscule increases in carbon dioxide concentration on temperature would be advisable before strategic damage on any such scale is inflicted upon the US economy from within, and by a Republican?