The Politically Incorrect Guide to Hunting

Jamie Glazov conducted an interview for American Thinker with Frank Miniter, a senior editor at Outdoor Life magazine and currently the executive editor of American Hunter magazine. He has hunted on five continents and has won numerous awards for conservation and outdoor writing. He is the author of the new book, The Politically Incorrect Guide to Hunting. 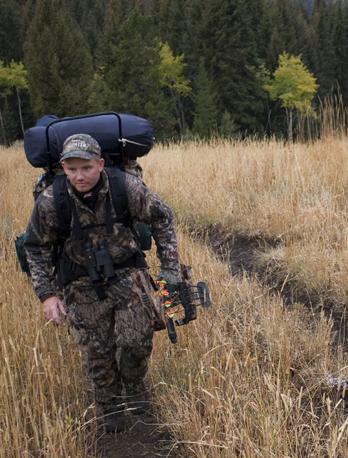 Miniter: Thank you.
Glazov: What inspired you to write this book?
Miniter: The short answer is that America's hunters are being mischaracterized. In our increasingly urban nation hunters are being stereotyped as bloodthirsty Bambi killers or heartless plunderers of wildlife, when the opposite is actually true. The truth about hunting is that modern, regulated hunting has never caused a wildlife species to become endangered or even threatened; in fact, every animal with a hunting season on it has always increased in number after that season was placed on it. This is true of black bear, elk, whitetail deer, geese, and so much more. Hunting has even saved African wildlife species such as white rhinoceros and blue wildebeest. Hunting helps wildlife because it creates a constituency to fight for that species and because it gives private landowners an economic incentive to have more wildlife.

After more than a decade of researching and writing about hunting for Outdoor Life magazine, where I was a senior editor, and currently for American Hunter magazine, I've found that hunters are unheralded, misunderstood environmentalists. It was time for someone to journalistically find out what hunting does for wildlife, our ecosystems, and us. That is what I set out to do with The Politically Incorrect Guide to Hunting.

Glazov: What are some of the biggest myths about hunting?
Miniter: Many nonhunters think hunters are simply bloodthirsty. I dare any nonhunter who feels that way to go to a hunting club, lodge, or hunting show and meet hunters, or simply to read a hunting magazine. If they do they'll find that hunters care deeply about our natural resources. I'm a bird-watcher, hiker, kayaker, wildlife photographer, and yes, hunter.
Another underlying myth about hunting is that if you don't hunt, eat meat, or wear leather products you are somehow beyond reproach. This myth falls apart when you realize that every farmer-and this goes double for small organic farms-has to control wildlife populations lethally in order to have crops left to harvest. If farmers don't use hunting to control deer, elk, geese, and other wildlife populations then those species propagate to the point and eat their crops. When you step back and look at the big picture you realize wildlife and humans are living in the same ecosystems. We're all competing for the same resources. We have to balance our needs with those of the wildlife around us. This is why farmers need hunters and why even vegetarians owe hunters.
Another myth I hear every time I debate someone who has a negative view of hunting is that hunters only want to kill "trophy" animals. The truth is that hunters today kill more does (female deer) than they do bucks. In fact, many states have "earn-a-buck" programs that force hunters to kill a doe before they can shoot a doe. From a big picture perspective, hunters kill 8-10 million whitetail deer every year in the U.S. There are an estimated 32 million whitetail deer in the U.S. right now (there were only 20 million when Columbus discovered this continent-there are more today because of farms and other habitat changes we've made). As a result, wildlife biologists who work for state wildlife departments see hunters as their best tools for our nation's burgeoning deer populations. Right now there are already 25,000 people injured and 200 people killed every year in deer-auto collisions. What would happen on our roadways and farms if hunters weren't killing those 8-10 million deer per year?

Glazov: Tell us some of the benefits that hunting provides us.
Miniter: Hunters pay the bulk of conservation funding. Hunters pay the Pittman-Robertson taxes of 10% on ammunition, firearms, clothing, and other goods. This tax raises about $150 million annually. This money is sent to the U.S. Fish and Wildlife Service and then funnelled back to the states where it has to be used for conservation projects. Hikers, mountain bikers, rock climbers, and so on don't pay these taxes. Hunter license fees and other expenditures also fuel conservation, habitat restoration, and even endangered species protection efforts.

Glazov: What effect does hunting have on the environment?
Miniter: Deer, when left unchecked, are a threat to themselves and to every other animal in our fields and forests. When a deer herd grows beyond what its habitat can support deer begin to over browse the habitat. When they do this they eat everything they can reach; as a result, other species begin to disappear. Many species of songbirds, for example, can't live in an over-browsed forest, because they need nesting cover. Other animals, such as rabbits, grouse, woodcock, groundhogs, and turtles, all need vegetation on the ground to survive. This is why the New Jersey Audubon Society recently opened up their lands to hunting. And this is why Colorado's Rocky Mountain National Park, where hunting is forbade, is desperate for a way to control its surging population of elk.
Another good example of how hunting helps the environment is happening in Louisiana where the state's Marsh-to-Market Program has been credited with saving millions of acres of wetlands. Here's a synopsis: Landowners are allowed to kill alligators that are over a certain size every year. These gators are taken to state-processing sheds where their meat and skins are sold. The funds raised then go to the landowners and to fund alligator-conservation projects. This program gives landowners an economic incentive not to drain and develop swamplands. There is also an added side benefit: By killing the largest alligators they are also saving human lives. Louisiana has an estimated 1.5 million alligators; Florida has an estimated 1 million alligators; Florida has had over 400 people attacked and 21 killed by alligators since the 1950s; in Louisiana no one has been killed or even attacked in recorded history. This is because Louisiana's program aggressively uses hunting to control its alligator population-hunters in Louisiana kill nearly 10 times as many alligators as hunters are allowed to in Florida.

Glazov: What consequences would there be to banning hunting?
Miniter: Farmers would go out of business. Deer-auto collisions would skyrocket. Wildlife-transmitted diseases, such as Lyme disease, would increase. Airports would have an impossible challenge: Right now the U.S. Department of Agriculture (USDA) estimates wildlife damage to aircraft costs to the aviation industry $500 million per year. Deer and geese on runways are a real danger. In the last few years commercial planes have lost engines at LAX and Chicago O'Hare after ducks or geese were sucked into jet engines. This is why the USDA has professional hunters on its payroll whose job it is to lethally controlling wildlife populations at airports all over the country. Even endangered species would suffer if we ended hunting. Right now Wildlife Services, a division of the USDA, hunts and traps animals (often nonnative wildlife species) that are decimating endangered animals.

Glazov: What do you think is the motive of the anti-hunting crowd?
Miniter: Anti-hunters are motivated by compassion for wildlife and for the environment. The problem is they don't temper their compassion with reason. I've spoken to a lot of anti-hunters. Their love for nature is always moving, but their knowledge of nature is always lacking. Those who will debate me honestly with open minds always end up changing their tune. Most just don't realize that deer, when left unchecked, die of disease as they destroy their own habitat. They don't know that wolves are not a real solution to deer population control in areas where people reside, because wolves kill domestic dogs on sight and, when they've reduced their own prey base, they begin preying on livestock.
Anti-hunters don't know that when predators, such as bears, alligators, and cougars, lose their fear of us, such as when we stop hunting them, these predators become more dangerous. Anti-hunters seldom realize that farmers can't raise crops without controlling wildlife populations or that hunters give hundreds of thousands of pounds of venison to food banks every fall. There is a lot anti-hunters don't know about nature and about hunting. They're compassionate but overly idealistic. If they ever get their way on a national scale in this country wildlife and humans will suffer. We need hunting. Ignorance, no matter how well intentioned, won't lead to good things for wildlife or for us.
Glazov: Frank Miniter, thank you for joining American Thinker.
Miniter: Thanks for helping to get the word out that America's hunters are caring conservationists. As I write this it is Thanksgiving and I have a wild turkey I killed roasting in the oven. There are few other countries where people are so free that they can honestly earn their meat and thereby celebrate the natural process humans have been a part of since there were humans.
Jamie Glazov is the managing editor of Frontpagemag.com.
|